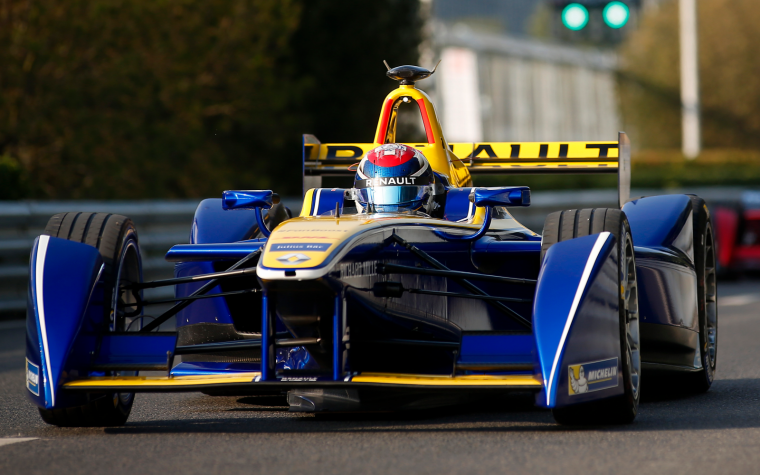 Sebastien Buemi claimed pole position after the first ever trial of the new “super pole” format. Team mate Prost along with Mahindra’s Nick Heidfeld, DS Virgin’s Jean-Eric Vergne, and ABT Schaeffler Audi Sport’s Lucas Di Grassi also made it into the shootout.

The first half of qualifying was simply a shortened version of what we saw last year. The four qualifying groups, made up of four or five drivers, were drawn before the free practice session and, when the green flag waved, the first four drivers headed out onto the track: Daniel Abt, Nelson Piquet, Antonio Felix Da Costa, and Simona De Silvestro. After a six minute session, the order ran Abt, De Silvestro, Da Costa, and Piquet.

Group two consisted of Di Grassi, Prost, Heidfeld, Bruno Senna, and Stephane Sarrazin. The entire group was faster than the first, with Prost the fastest of the five.

In group three was Vergne, Nathanael Berthon, Buemi, and Jacques Villeneuve. Within two laps, Buemi had beaten his team mate’s time, lowering the fastest time to a 1:37.488. Vergne was also faster than Prost, pushing Senna and Sarrazin out of the top five and, crucially, out of the super pole shoot out.

After the fourth qualifying session – involving Sam Bird, Loic Duval, Jerome D’Ambrossio, Robin Frijns, and Oliver Turvey – in which nobody else cut into the top ten, but D’Ambrossio clipped the wall, the all new super pole got underway.

The basic concept: the five fastest drivers would go out one at a time and set a new fastest lap, which would be used to set the grid positions for the top five drivers. Di Grassi, being the slowest of the five, went first, but a big lock up at the first corner didn’t give him the best of starts.

The German didn’t remain in pole for long as Prost, out next, lowered the time by nearly a full second. Vergne was unable to lower that time, suffering a huge lock up that cost him his lap.

Buemi, being the fastest in the first half of qualifying, was the final man to set a time, and the last threat to his team mate getting back to back poles in Beijing. Buemi lowered Prost’s time by 0.284 seconds, taking the pole position and the championship points that come with it, and giving Renault e.dams their first front row lock out of the season. 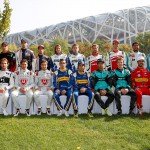 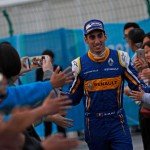