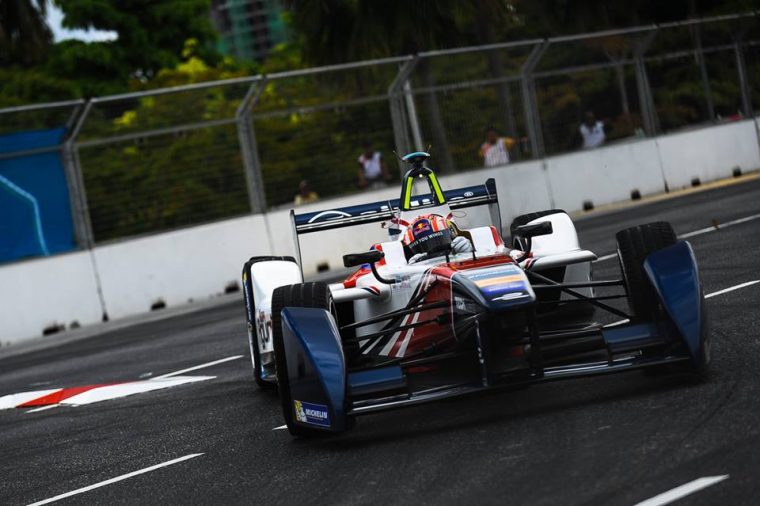 [vc_row][vc_column][vc_column_text]It was a day of up and downs for Antonio Felix da Costa, as the Team Aguri driver went from a strong podium chance to picking up the pieces in the bottom half of the point scorers after gremlins plagued his car.

The Portuguese driver qualified well in fourth, which effectively became third following a problem for Stephane Sarrazin which saw the Frenchman, who had qualified second, start from the pit lane.

Having been in the middle of a four-way battle for the lead in the first half of the race, the mandatory car changes saw da Costa take what was at the time a net lead after Buemi had fallen back with a software problem.

However, in a similar incident to that of his Swiss rival, da Costa suddenly slowed at the exit of the first chicane, handing the lead to Lucas di Grassi. Moments later, the Portuguese driver was able to reboot his car and continue on his way.

Owing to the chaos that unfolded in front of him, the Red Bull junior was able to take his first points finish of the season with eight points for sixth.

Despite the fallback, da Costa revelled at the opportunity to fight at the front amongst the title favourites of Renault e.dams and Abt Schaeffler.

“It’s a very positive result for us. It was great to fight closely with Renault e.dams and the Abt cars,” said da Costa. “It was a good battle despite the fact that we don’t have the straight-line speed, even though we’re running less downforce. That makes every move a big risk, because you have to come from a long way back.

“With a few laps to go, my car had an issue and I had to power cycle the car twice in half a lap. All the chances I had to score a podium went away then; second was more than safe and I feel like I could even have challenged for the race win. To get into Super Pole was a really big bonus. We showed that we have the pace to fight for podiums, which is a good feeling going forward.”

On the other side of the garage, team mate Nathanael Berthon had a day to forget at the high temperatures of Malaysia played havoc with the Frenchman’s Spark SRT_01E, leading to a finish of 15th place, a real downturn from the euphoric heights of a point-scoring debut.

“I’m very disappointed. We did such a great job to take points away from Beijing with a lot of issues, but today we had more problems,” explained the former GP2 race winner.

“I was doing everything I could to keep the temperatures down but the battery was critical despite my efforts. I also had handling issues, which is particularly frustrating because we struggled with that in Beijing. The great news is that the car clearly has strong pace and the season one powertrain is working well for us. If we get our heads down then the potential is definitely there but it’s certainly going to be a challenge!”

Team principal Mark Preston was full of praise for his lead driver, while maintaining belief that Berthon will only improve.

“To be honest, I’m still trying to process that race! That’s why Formula E is such a fantastic championship for fans,” exclaimed Preston.

“It’s fantastic to take home more points and, if you had offered us sixth place at the start of the weekend, we would have been very happy. That said, it’s frustrating when a technical issue undoes a lot of hard work. Antonio once again showed that he’s a real racer; his race craft was tremendous.

“This was always going to be a difficult outing for Nathanaël, because he’s got less experience with the specialist energy management this series requires. The heat just made his day very difficult. We’ll all be back stronger in Punta del Este.” 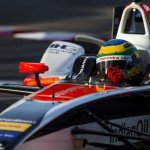 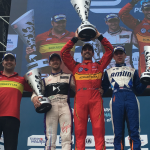