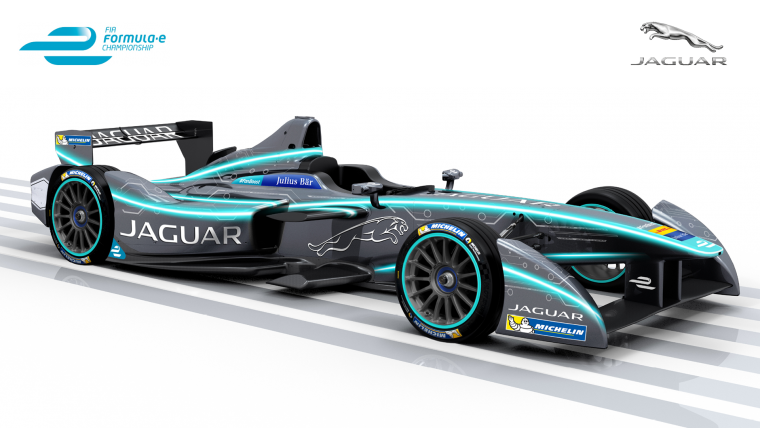 [vc_row][vc_column][vc_column_text]Following the news that the Trulli Formula E team has officially withdrawn from the championship, Jaguar Land Rover announced this morning that they would fill the tenth slot and join the all-electric racing series from season three onwards.

Speaking at the official announcement which took place at the Shangri-La Hotel within the Shard in the heart of London, new team director James Barclay spoke of his delight in bringing the brand back to motor racing, following a ten-year hiatus after drinks company Red Bull bought the Jaguar Formula 1 team at the end of the 2004 season.

Barclay believes that the rich heritage of Jaguar joining an innovative series such as Formula E will lead other car manufacturers to follow suit and take an interest in racing alongside them, as well as Citroen, Audi and Renault, who are all involved with DS Virgin Racing, Abt Schaeffler and e.dams respectively.

“I think for the same reason it appeals to us, I have no doubt that there will be a similar appeal to other car competitors who may get involved in the championship. EVs are growing in appeal and growing in importance in terms of the future plans for most major manufacturers. Over the last few weeks there’s been all sorts of announcements from manufacturers with electric vehicle plans so I have no doubt the championship will continue to grow in interest from other brands as well.”

It was also confirmed at the official announcement that Jaguar will collaborate with Williams Advanced Engineering in designing and building the motor, whom Barclay believes were the best possible candidates for a partnership given the history between the two companies.

“From our perspective we have a huge wealth of knowledge and expertise in electric vehicle technology, as do Williams. We’ve worked together on previous projects including our supercar project which had some similar technology to Formula E, so there’s some great experience that we have from working together already that’s in place. We have an ongoing relationship that spans a number of years so it’s a great partnership and a great platform to build the team on.”

When quizzed on the potential of a collaboration with the now-defunct Trulli Formula E team, Barclay confirmed that the Jaguar Formula E team will be a completely new entity and that they will be starting from scratch as they aim to join the grid next season.

“There’s no more entries available for the championship, and we were, if you like, ready and waiting for an opportunity, so that’s how things have come to fruition.

“It’s an exciting time for us as a brand, starting from scratch, we won’t be taking any of the team, drivers or technology from that programme, this is brand new for us and we are a fresh entry into the championship.”[/vc_column_text][/vc_column][/vc_row][vc_row][vc_column][vc_column_text] 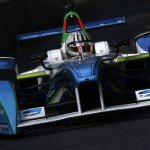 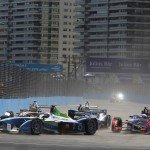