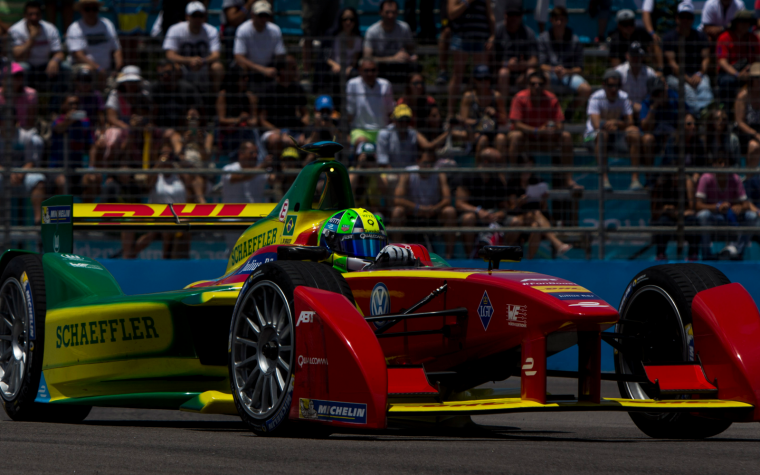 Lucas di Grassi has made a habit of finishing on the podium in Formula E – he has officially done so 9 times in 14 races, as well as his Berlin victory last season that was wiped out by the stewards. His second place finish in Punta del Este was his third in a row to kick off this season.

While it is clear that the Renault-powered e.dams cars have a pace advantage this season over the rest of the field, ABT Schaeffler Audi Sport have done a great job of developing their powertrain during the campaign, and currently both the team and di Grassi lie in second place in their respective championships. Much of that is down to another impressive drive from the Brazilian in Punta del Este, getting the maximum out of his car to finish in P2 behind drivers’ championship leader Sebastien Buemi. ABT’s di Grassi is only one point behind the Swiss driver in the standings. He was helped by slick work in the pits, as the Kempten-based squad got him out of the pits ahead of both Dragon Racing cars of Loic Duval and Jerome d’Ambrosio, allowing him to rise from fourth to second in the crucial car swap phase.

“I can rely one hundred per cent on my guys in the pits. The trophy today should take pride of place in the workshop in Kempten,” said a celebratory di Grassi after the race. However he warned: “Renault and Sébastien Buemi are the favorites who need beating. But will be hounding them relentlessly and will be ready to pounce if they make the smallest error. It was a tough, action packed race today. The pit stop was crucial, and the team did the best job in the paddock under pressures.”

Team-mate Daniel Abt, meanwhile, had a more difficult day. Starting seventh, he actually passed his team-mate in the early stages, but after di Grassi took the place back Abt found himself being passed by several other cars after brushing the wall. He was, however, able to bring the car home in eighth place after being overtaken by Jean-Eric Vergne on the final lap. The young German driver explained: “I made a good start and was running in the leading group. After the small mishap I concentrated on bringing the points home and chose not to take any more risks.”

Team Principal Hans-Jürgen Abt reviewed the race confidently. “Obviously we always want to win, but today we’ll celebrate this second place like a victory,” he said. “The team showed once again that it has nerves of steel and can celebrate Christmas proudly. Yes we’ve lost the championship lead – but this is nothing more than a brief hiccup after the third race.” 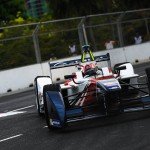 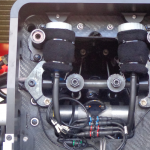