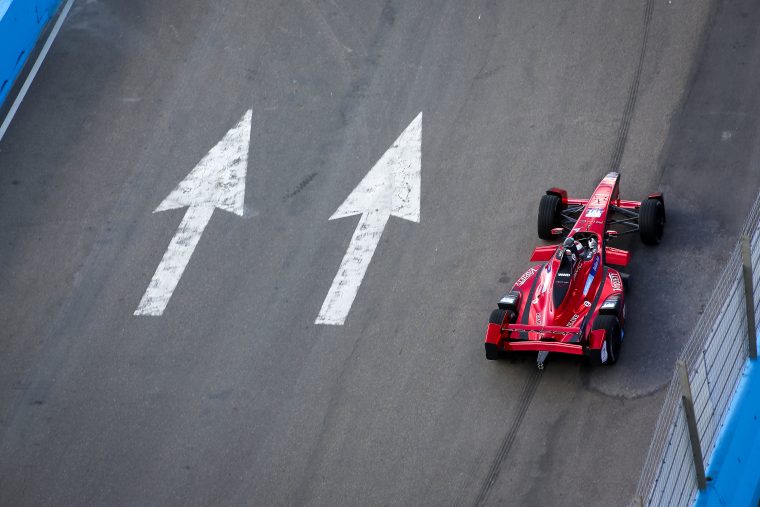 In recent days Formula E has announced that a new driverless series will act as a support to the main championship from the 2016/17 season onwards, in the form of the futuristically-named ROBORACE.

The idea is that alongside the FIA Formula E championship, in which 20 world class drivers compete against each other, ROBORACE will also have 20 cars, albeit piloted by nothing more than computers and algorithms programmed according to each circuit.

Before going further, I must state that driverless vehicles are not a brand new idea invented by the gurus at Formula E. The first example of a driverless car can be dated back to 1925, when Houdina Radio Control devised the ‘Iinrrican Wonder’, a radio-controlled car that was taken around the streets of Broadway and Fifth Avenue in New York, right in the midst of a traffic jam with successful results. More experimentations with autonomous vehicles have taken place throughout the decades, with the concept only taking off on a bigger scale when Google produced a driverless car, with a number of vehicles having logged over 1 million kilometres of testing, according to the Official Google Blog.

The Formula E championship was devised with the future in mind, with all-electric vehicles seen as the way forward for helping the environment and making the planet greener, and to me it seems that a similar mindset is in effect with ROBORACE, as the creators of the series look to the future, with driverless vehicles seemingly the way forward. While I’m all for the idea of technologies being advanced, I don’t see motor racing as the place for autonomous vehicles.

Firstly on a personal level, I love driving. I’m not a racing driver, but I do enjoy getting in my car and going places and having the control of the vehicle. I cannot see myself trusting an autonomous vehicle, no matter how well programmed it is. Going back to the Official Google Blog, no accidents have been recorded by a driverless vehicle, but to have that control taken away from me is something I wouldn’t enjoy.

Secondly, and in my mind most importantly, a driverless series takes away the very heart of what motor racing is about, sport. To echo the words of Toto Wolff, the Executive Director of Mercedes-Benz Motorsport, racing cars without drivers wouldn’t be a sport and would take away a main part of the interest in the series. “Autonomous driving is going to eventually happen on roads in road cars. It’s going to make our lives easier. And that is the way the technology goes,” he told the media at the season-ending Abu Dhabi Grand Prix. “We are all here (in Formula 1; editor’s note) mostly because we like to see racing drivers racing each other, gladiators in machines that are fascinating to watch. So that (a driverless series) is not at all what I would consider a sport. That is a technological or R&D (research and development) playing field.” In my mind Wolff hit the nail on the head with his statement. Autonomous vehicle technology could have its place with road cars and every day technology, but not within a competitive racing series.

I believe one of the main attractions of motor racing to be the ability to follow certain drivers as they journey through the ranks and strive to be the best in the business. For example, I make no secret of the fact that I am a fan of a particular driver, and supported him through his time in motorsports. There are always some emotions involved as underneath the helmet there is a human being. However, the team he was at made no difference to me. To me this ability to follow a particular driver, an ability shared by most of my fellow Twitter users who all support their own respective drivers, is one of the main foundations of motor racing, and by having an autonomous series this is taken away from the fans.

In a driverless series, it is likely that there will be close and competitive racing, but who do you route for? Will there be different car brands in play where people can support their favourite make or will all the cars be identical, leading to nothing more than watching 20 of the same car try to outwit each other through programming? The fact that the racing could be closely fought should make for exciting racing, but in my mind the emotions of seeing your favourite driver winning easily outweigh any other factor in the sport.

Don’t get me wrong, I really hope the new ROBORACE series is successful as I can see it helping the main series go further in shaping the future. As stated by Formula E CEO Alejandro Agag, new concepts could be conceived through the worldwide exposure of the ROBORACE series: “It’s very exciting to create a platform for them [scientific and technology-focused companies] to showcase what they are capable of,” Agag said. “I believe there is great potential for us to unearth the next big idea through the unique crowd-sourced contest.” However, when you take the interest of sport into account, I don’t believe motor racing is the playing field in which this technology should be showcased and advanced.

Another opinion piece on ROBORACE will be published on Saturday. Editor-in-chief Antonia Grzelak will discuss the advantages of adding the driverless series to the Formula E and motorsport portfolio. 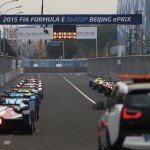 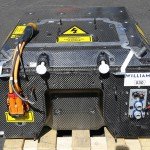