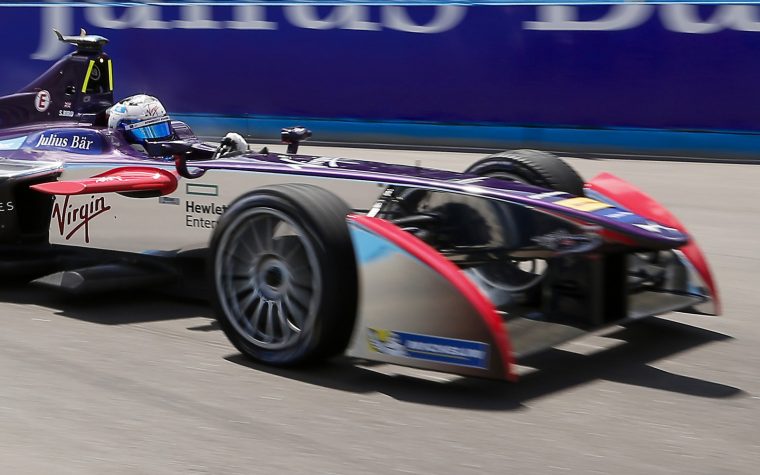 Sam Bird has taken pole position for the Buenos Aires ePrix. The Brit came fourth in the first round of qualifying, but improved his position in the Super Pole.

Behind him came Prost, Da Costa, Sarrazin, and Conway. Surprisingly, a spin on Sebastien Buemi’s qualifying lap left the current championship leader all the way back in eighteenth.

Bird, Vergne, Heidfeld, Sarrazin, and Conway took to the track in the first qualifying session.

It was Vergne’s first time in the car today, as illness had stopped him participating in any of the practice sessions. The Frenchman finished the session in fifth, unsurprising with his lack of track time.

Qualifying group two saw both Renault e.dams drivers, as well as Duval, Abt, and De Silvestro.

Buemi was on a fast lap when he locked up the rear of the car going into turn 7, spinning and losing a lot of time. The disaster cost Buemi any chance of being in the pole shoot out, and he’ll face an uphill battle in the race later today.

Disaster struck elsewhere on the grid in the third qualifying session. Not much was expected from Piquet, Senna, Frijns, and Duran who came out in the third group. Piquet has been struggling all season, Mahindra struggling all day, and Frijns and Duran not really seen as pole position contenders.

Frijns wasn’t the first driver to lock up and get very close to the wall, but the Amlin Andretti driver was the first man of the qualifying group to touch the wall, followed by Senna, who crashed on his qualifying lap and limped across the line to finish ahead of Buemi and Duran, who also stopped on track during the session.

Finally, it was D’Ambrossio, Di Grassi, Turvey, and Da Costa’s turns to take to the track. A lot was expected of Di Grassi, who has been running just behind the Renault e.dams pair all season, but the Brazilian failed to get into the top five.

Di Grassi said the qualifying wasn’t his best and it was a shame to not get into the Super Pole, but the Abt driver will start P7.

Da Costa was the star of the group, managing to get up to P2 with season one technology. The Buenos Aires track is good to the Aguri driver.

Super Pole played as many would expect.

Conway’s lap was messy, with lots of going off line putting dust on his tyres, but getting into the top five was impressive for the Brit, who has never competed in a Formula E qualifying session.

Bird, even with oversteer at the start of his lap, took pole position, and Prost, Da Costa, and Sarrazin were unable to take it from him.

The pole is the first for Bird, but it’s a long race later today. We saw last year that in Buenos Aires, anything can happen. 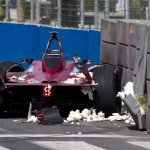 - << « Pricy pressure: qualifying in Buenos Aires to be hot 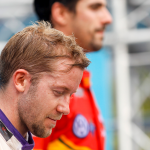