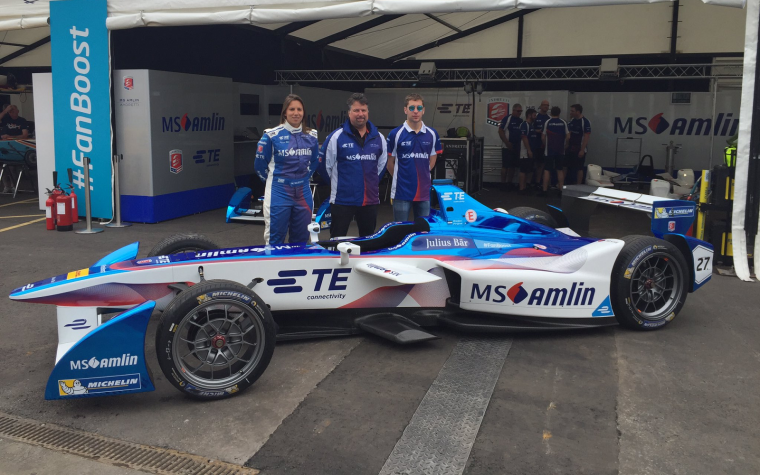 Andretti Formula E sponsors Amlin have had a rebrand. The insurance and finance company have been brought by Mitsui Sumitomo Insurance Company, forming the brand new MS Amlin.

The rebrand means that Andretti Formula E team will look a little different in season three. The team will now be MS Amlin Andretti, and the electric blue livery has had a redesign too. In London this weekend, the team will race with their new name and livery for the first time.

Michael Andretti, namesake owner of the team, is excited by the changes to the team and believes it could be a good omen for a strong result in Battersea.

“We’re excited about it, I think it looks beautiful,” said Andretti. “I think it was a great looking car before but with MS coming in we took a bit of their logo and we did a good job. Our graphics guys went through a lot of different configurations and I think they picked a good one.

“I think it will [bring us luck], I’m hoping for it. We have a shot at doing pretty well this weekend, Robin has been knocking on the door of the Super Pole all year and he promised he was going to get us one before the of the year so hopefully he does.”

Rating the team’s season, Andretti sees the year up to now as a building phase and hopes to see the team fight for the championship in season three.

“I would rate it as a building year, nothing great. We’re with an old car that is not that competitive amongst the new technology so to be even where we are is pretty good. Robin has done a great job and basically scored all of our points but I’m looking at this as a building year and we’re really excited about all the things that we have going for next year.

“We’ve made our team a lot stronger with personnel and we’ve brought in a lot of talent, I believe that with our new motor that we’re developing right now will go really well the new rear end of the car and suspension and gearbox. Everything’s been going excitingly well so we’re pretty pumped about next year. We think we’re going to be a championship contender, that’s our goal.”

It is not the first time the American squad has changed livery ahead of the London finale; last year they announced a partnership with TE Connectivity that led to the team sporting a bright orange livery for the Battersea Park weekend.

Other images courtesy of Rajan Jangda 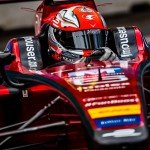 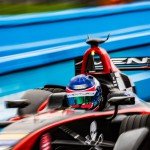 >> - On the road to London: Stéphane Sarrazin »