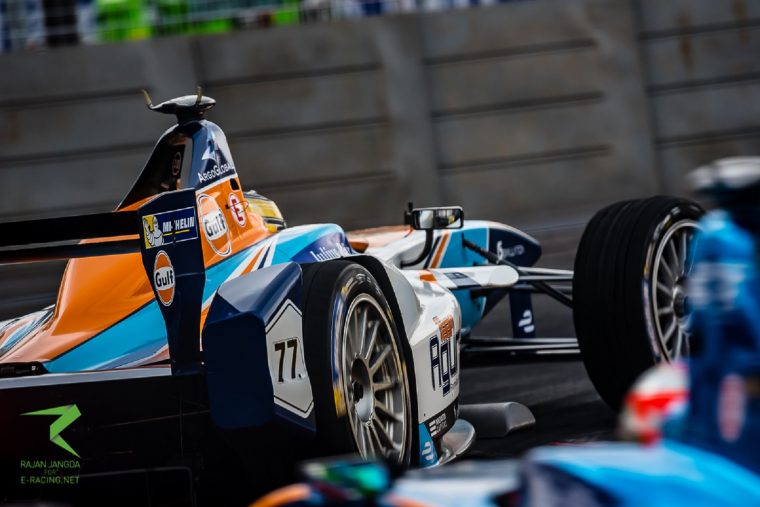 Team Aguri driver Qing Hua Ma experienced a London weekend full of ups and downs. When talking to e-racing.net deputy editor-in-chief Topher Smith, the 28-year old reflects on his time in Formula E and gives a first insight into his future in the series.

Looking back at his weekend in London’s Battersea Park, the Chinese driver seems to be content with his performance overall:

“The whole weekend was okay. We had some issues with the software system yesterday, but today we fixed that. In the race, we were much better than yesterday as well but we still had some issues and the car didn’t go perfectly, especially during the pit-stop. We had some software issues again when going through the pits and on my second car I had some mechanical problems. The car was moving quite a lot when braking so I couldn’t really catch the front but anyway… The good thing is to finish the race and we got some important data to learn from and to compare with my teammate’s and it’s a solid preparation for the future, for sure.”

Furthermore, Ma reflected on how driving in Formula E is different compared to the other racing series around. He is convinced that the all-electric series is “a difficult championship with the top-drivers in the world fighting with each other” which puts a lot of pressure on all the drivers involved as there is a lot to learn. As he only joined Team Aguri in time for the Paris ePrix, the 28-year old had and still has a lot to learn which made the season finale in London even more difficult for him due to the unique track characteristics:

[pullquote align=”right” cite=”” link=”” color=”” class=”” size=””]Talking about a possible contract for season 3, Ma smirked: “I think we will have some news soon. You will know soon.”[/pullquote]

“For sure, for me the aim is to always be better and a track like the one in the UK is not a good place to learn something about the Formula E car. But I guess during summer testing we will have more relaxed time for me to learn everything.”

When speaking about testing for season 3, the question arose whether the popular Chinese will still be part of Formula E when the all-electric squad hits the streets of Hong Kong in October. “I hope I will be with the team next season and it looks likely. I will prepare anyway to get ready for next season”, he told e-racing.net. Upon the more pressing request whether any contracts have been signed yet, Ma simply smirked: “I think we will have some news soon. You will know soon.” 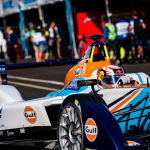 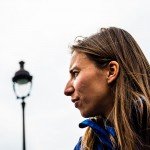