Frustrated da Costa: “I got told to push flat out” 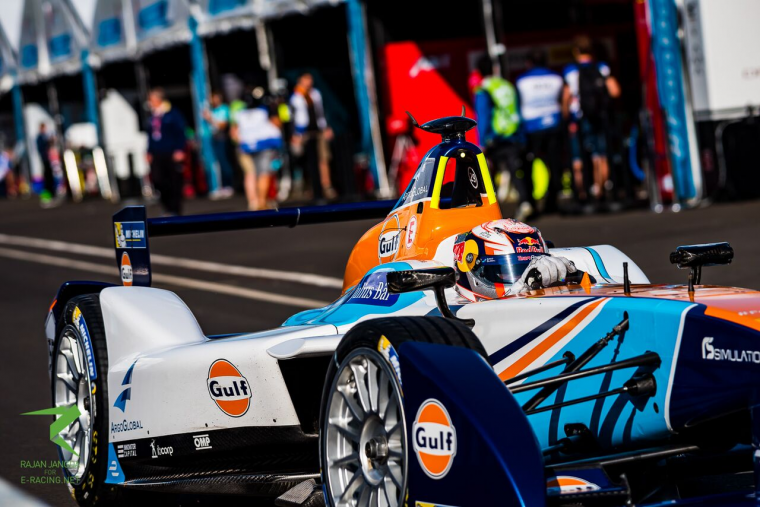 Team Aguri’s António Félix da Costa was highly frustrated with how his second Formula E campaign ended at Battersea Park on Sunday, when a strong finish was taken away due to a post race penalty.

Despite driving in season 1 technology, da Costa has regularly shown front-running pace this season; but due to a mix of mechanical failures and bad luck, he has been unable to score many results that reflect his level of performance. After finishing sixth in Saturday’s race in the British capital, he looked on course for a positive result on Sunday; however received a penalty for using too much energy. He was not happy with the team’s instructions leading up to the penalty.

“(The race was) very good up until the end. A little bit of a summary of our season: we’ve had some very good qualifyings this year, we’ve been three or four times in the Super Pole, we did a pole position. Today, poor qualifying because, with our car, we couldn’t do any better but at the end we were looking good to finish P5, and I know that Nick and Jean-Eric also ran out of energy, so we should have just stuck to our plan and we would have been third.

“I got told to push flat out on the last lap – that I didn’t need to worry about energy and that was clearly not the case so we were caught out and used too much energy.”

A frustrated da Costa felt the team wanted too much from the race, leading to an unnecessary risk being taken.

The closing stages also saw repeated contact between Heidfeld and da Costa as the two battled hard on track.

“I was just following him, we were racing but maybe he has a different strategy because he slowed down a lot in the middle of the corner and I didn’t expect that – and when I got too close we slightly touched.

“I just apologised to him for that.”

@NickHeidfeld @AC37 haha sorry mate, i guess i was pushing too hard! See you guys tonight

The Portuguese driver confirmed that he would like to return to Formula E next season – in competitive equipment.

“I want to be here with good conditions and that’s what I’m going to be focusing on now the season is finished.”

He confirmed on social media that he would not return to Team Aguri, now to be known as Techeetah, for season 3. 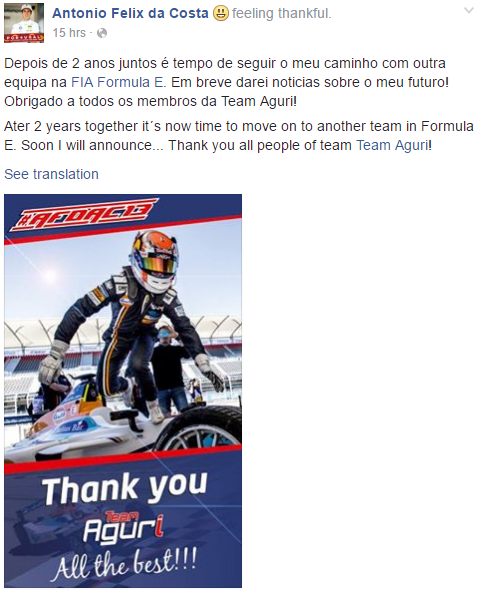 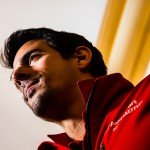 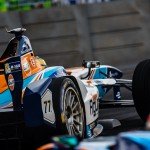