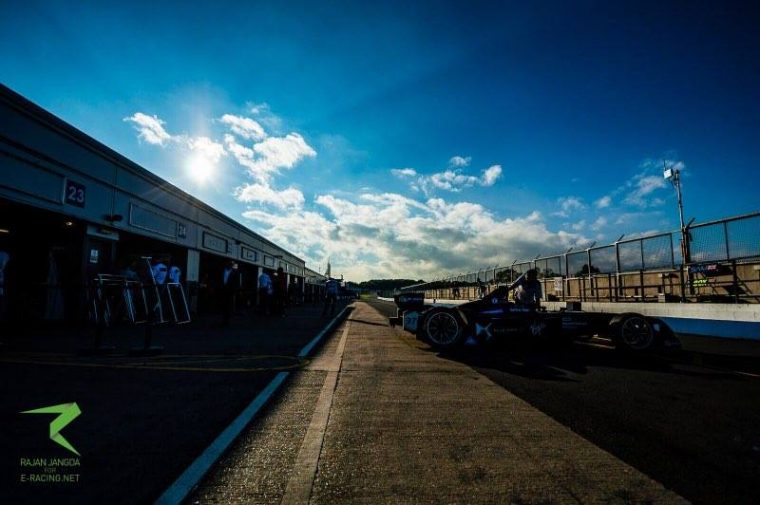 It seemed to be a session dominated by red flags, but that didn’t stop teams like Renault eDAMS completing 84 laps between their driver duo. However it was Frenchman Jean-Eric Vergne who topped the timesheets, being one of three drivers who managed to push their cars into the 1:29s.

The session didn’t run as smoothly for MS Amlin Andretti as they became the reason for the majority of red flags – both mechanical faults and Antonio Felix da Costa’s car in the tyre barrier to blame.

DS Virgin Racing had a strong day today, newly-crowned WTCC Champion Jose Maria Lopez boasting an impressive time in the first session that placed him in the top spot, with fan-favourite Sam Bird finishing the five hour afternoon outing in second place – a time of 1:29.924 to his name, 0.284s off the Techeetah of Vergne.

Just minutes into the afternoon session, red flags were deployed for the first time, the first of 14 times to be exact. This stopping of the session was as a result of Frinjs who soon had mechanics race to the scene and help the MS Amlin Andretti driver back to the pits. Soon a green light was displayed around the track and cars took to the track including Dragon Racing’s Loic Duval who then had the quickest time of the 20 drivers that took to the track in the afternoon.

Minutes after Frinjs returned to his pit box, another red flag halted the session (you’ll see this a lot in this session report), this time his team mate da Costa was the culprit. The mechanics made their way to his car, all whilst a recovery truck and medical car were deployed to aid the Portuguese racing driver. Fortunately the medical assistance was not needed and the car was brought back on the recovery truck with only very minor damage to the rear of the vehicle.

Soon after the session resumed, Sam Bird goes fastest with a 1:33.445 before the Abt Schaeffler Audi Sport of Daniel Abt snatched the fastest time right from Bird’s grasp. The drivers were then forced to abandon their laps as that familar red flag maked another appearance – once again for Robin Frinjs.

Another red flag for da Costa meant the testing stopped and all cars returned back to the pits. It was especially disappointing for the Mahindra driver Nick Heidfeld, who had set the fastest sector one time before the doomed red flags. Once we went green again in Donington, media and fans were amazed to see da Costa, the man who had only found himself in a tyre barrier an hour before, had topped the time sheets!

Talking of parking your car up against a tyre barrier, Jerome D’Ambrosio had a go himself only minutes later, bringing out – you guessed it – a red flag! Once again, a very lucky driver who only sustained minor damage to the car’s front wing.

Venturi had a quiet day of testing, not being present this morning and then taking over two hours to set a lap time this afternoon. When they did start to show their competitiveness, a red flag halted their fast laps and caused them to bring both cars back into the pits. The cause of the red flag the NEXT EV driver Oliver Turvey.

Soon red flags were issued not for cars stopping on track, but gravel that had escaped from the chicanes gravel trap. This problem caused at least two red flags over the afternoon.

Maybe one of the biggest surprises of the test came in the shape of Adam Carroll; a man who targets a full-time race seat with Jaguar Racing. Nothing yet confirmed by the team – we will have to wait until Thursday for that. With Carroll and temporary team mate Mitch Evans showing mediocre performance over the Monday at Donington, Carroll raced his Jaguar in first place as we passed the three hour mark: knocking da Costa of the top spot.

Robin Frinjs caused another red flag, his third of the afternoon session. He quickly made his way back to the pits and we went green again.

Later on Vergne ripped up the standings and slotted his Techeetah into first, where he would stay the rest of the session. Bird and Prost tried to beat the time set by the Frenchman but failed, although only these three drivers manage to put their cars in the 1:29’s.

Prost and Buemi also gave the grid a master class in collecting laps, managing to completing 84 between the two – 42 each. 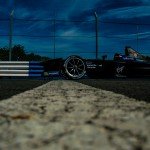 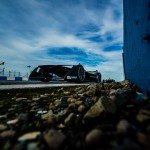