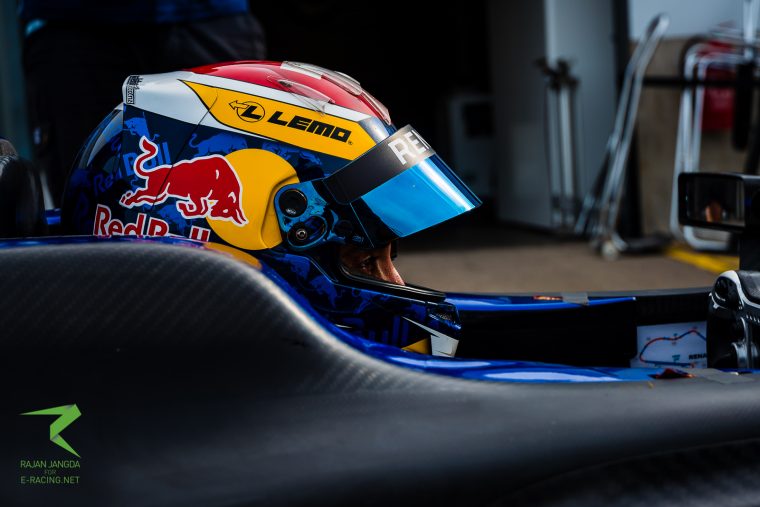 With Jean-Eric Vergne being the man to beat over the pre-season testing period, all eyes were on the battle for fastest lap as Buemi stole the title of unofficial lap record holder half way into this morning’s session.

The session started with many cars desperate to get out on track, Vergne and the two Renault eDAMS being the first to leave their pit boxes. Soon after many drivers joined the trio, however it was Vergne who was quickest just minutes into the session; the Frenchman setting a time of 1:32.904. As half of the field set lap times, a red flag was issued and once again for the MS Amlin Andretti of Robin Frijns.

Minutes later green flags were waved and the session continued. Showing impressive pace, both Renault eDAMS drivers went fastest, Sebastien Buemi setting a time of 1:32.208, with Nico Prost later beating that. Unfortunately for the team, Jean-Eric Vergne and his Techeetah soon pushed the pair off the top spot, claiming the fastest lap with a 1:31.764.

Thirty minutes into the three hour morning session, drivers were taking turns in being fastest around the British racing track. Buemi spent several minutes at the top of the table before Jean-Eric stole the crown and smashed the unofficial lap record set by himself yesterday afternoon. He set a stunning time of 1:29.109, a time that was later beaten during the morning session.

Dragon Racing’s Jerome D’Ambrosio managed to slot his electric vehicle into second and remained there most of the session, although he slipped to sixth when we saw the chequered flag at midday. The Belgian driver managed the time of 1:29.701 which was good enough to place him second, +0.592s off that of Vergne at the time. Soon after red flags were waved.

When the session resumed, it was almost immediately halted again by a unwelcome red flag. This time the red flag was caused by the NEXT EV of Nelson Piquet Jr. The season one drivers’ champion failed to get his car out of the pitlane, resulting in the flag and saw him being towed back to his pit box.

The session then became a little quiet with under an hour to go until Buemi caused our jaws to drop. The Swiss superstar and current drivers’ champion placed his Renault eDAMS into the 1:28’s, the first time a Formula E car had done so at the Donington track. Buemi’s time of 1:28.910 meant he stole the title of unofficial fastest lap, the achievement that had been held by Vergne.

Just seconds after Buemi stunned us all, Vergne made sure to head out on track and prove he could be fastest man of the morning. His fast lap looked promising, going quicker than anyone in both the first and second sector. The Frenchman decided to back off in the third sector and therefore remained second in the standings. His times remained fast, but with no improvement, he soon returned back to his garage.

In the final stages of the session many drivers claimed their personal best times, including the likes of Maro Engel, Sam Bird and Daniel Abt. Shortly after another red flag was shown around the track forcing cars to return back to their all too familiar garages.

With just seven minutes of the session left, a huge amount of the field tried one final push to improve their sector times – most notably both Vergne and Buemi. Although nobody seemed to be going faster than Buemi’s phenomenal time, we wouldn’t be able to see the true pace of the drivers as yet more red flags were waved with just seconds to go; ending the morning session there and then with a handful of the drivers on track.

The session finished with Sebastien on top, a time of 1:28.910 next to his name, followed by Vergne just +0.199s behind. Abt, Bird and Prost completed the top five.

We also saw a penalty issued towards the end of the session for the Dragon Racer Jerome D’Ambrosio. He was handed a 30 minute penalty to be served this afternoon after hitting a bollard, twice! 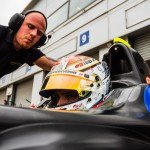 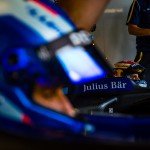