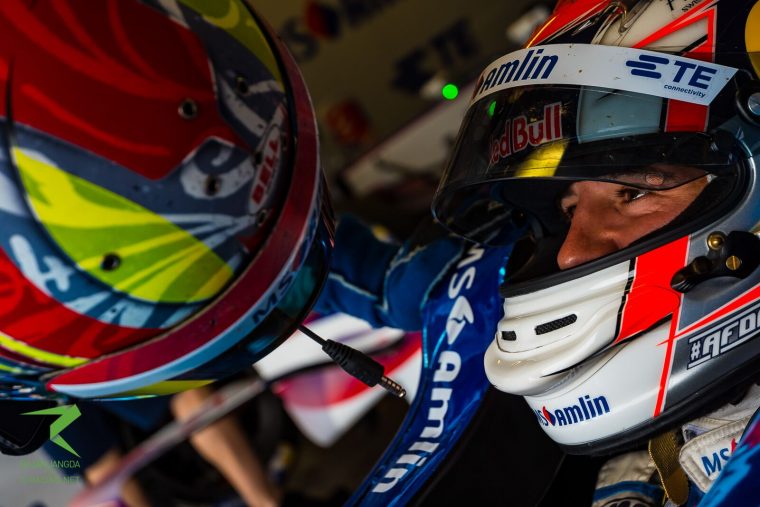 MS Amlin Andretti are seen to have one of the most exciting driver line ups for the upcoming season three, with Robin Frijns and Antonio Felix da Costa at the wheel. The pair took some time out from their busy schedules to chat with Katy Fairman about their racing careers and the demands of Formula E.

With the FIA Formula E Championship being at the forefront of driver-fan engagement, it was inevitable ‘favourite drivers’ would be distinguished quickly – hence why FanBoost has become such a popular part of the race weekend.

FanBoost, a system that allows the public to give their favourite driver an extra boost of speed during the ePrix, has meant even more pressure has been placed on teams to encourage fans to vote for their team or a specific driver and not their rivals on the racetrack.

Many factors can influence a fans FanBoost vote, but the personality and likeability of the driver unarguably plays the largest part.

Being two of the biggest personalities in the series, as well as in general motorsport, means that the MS Amlin Andretti duo of Frijns and da Costa are likely to be flooded by FanBoost votes during the third season of the all-electric championship.

Despite having a disappointing start to the 2016/17 season in pre-season testing back in late August and early September, the boys seemed in fantastic sprits and it was clear the connection between the two was certainly…well electric. 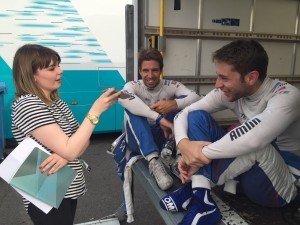 “I know your career highlight,” Frijns chuckled to António when we started talking about life before the Formula E Championship. The whole scenario seemed to mirror an episode of Mr and Mrs, the boys taking the interview into their own hands.

“The highlight of my racing career was winning World Series and yours was winning Macau,” Frijns proclaimed, with da Costa nodding in agreement. However for the next question it was António who dived in to answer for his team-mate.

“The highlight of Robin’s Formula E career has to be the podium in Punta,” da Costa interjected. “Yeah yeah, of course,” Robin replied, rolling his eyes. However when the tables turned Robin was unable to answer for his new team-mate. “You know mine! Well you weren’t there yet, it was when I won,” da Costa added before giving in and confirming it was Buenos Aires.

With the two drivers taking part in a variety of racing series over their time in motorsport, we asked how the all-electric championship varies from what they had experienced before.

In agreement with his team-mate, da Costa called the preparation “compressed” in the all-electric racing series: “When we raced World Series, or even the other kinds of junior formulas, you drive in the morning and then you race late in the afternoon – making that a lot of hours in between sessions. Here it is very compressed and we understand this. We are just a single series and as the main event we have to keep people entertained. It’s also different preparation like how you get ready, what you eat, when you eat, stuff like that.”

“We go to the people, the people don’t need to come to us,” da Costa continues, talking about how the shorter race weekends increase fan engagement. “Using the Formula One race in Sepang as an example, some motorsport fans might think ‘let’s not go on the Friday’, and they will buy a ticket just for the Sunday. But for us, one day is the only option.”

“The racing isn’t that long either,” Robin interjects. “Sometimes when you watch the Formula One it’s two hours and you can fall asleep after.”

Talk soon turns to sponsorship. Yesterday it was announced that BMW would join forces with the American Formula E team, adding another large brand to the teams list of partners. With so many companies wanting to invest their time and money into the electric championship, do the guys have to spend more time at promotional events and engaging with sponsors than they do in other series they race in?

“Yes, but it is normal,” da Costa confirms. “When you race in junior formulas each driver pays for their seat and you don’t owe anyone anything. Here, however, we are all lucky professional drivers and we owe the teams their time and their money – it’s a bit more like Formula One. When you become professional, you owe these guys on your chest and your arms some more time and that is part of the game.”

Whether you are a fan of the championship or not, the appeal of the all-electric championship is something that cannot be ignored. Manufacturers want in on the sport to prove their involvement for a ‘better future’, or using the series as a way to promote production cars in the coming years. Of course when the series was announced, many motorsport fans believed that replacing a gas-guzzling engine with a reasonably modest battery system just wasn’t part of the DNA of motorsport.

“However those same people will now probably come to me and ask if I can find them a seat. For sure, it has attracted the attention of so many drivers and it will be harder and harder to get into the series. I hope it will continue to grow like it has been. The growth has been so impressive for a new series and hopefully we can keep going on that direction.

“Formula E has everything to work for it.”

Robin on the other hand had more of a realistic attitude towards the future of the sport.

“There are two options,” he states. “The series will either huge or it will be dead. That’s how it is.” 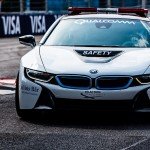 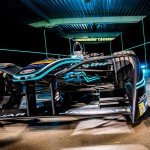 >> - Exclusive: “We want to inspire and innovate”, says Barclay »