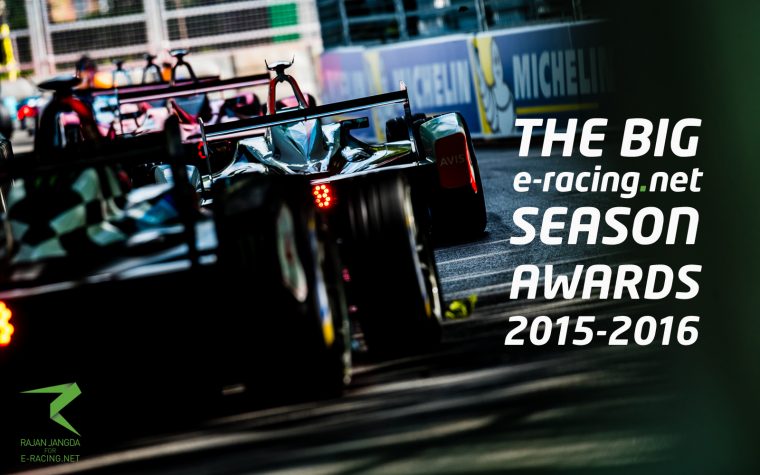 For two months, Formula E fans had the chance to share their opinions on the second Formula E season with us. With the popular series back on track this weekend, e-racing.net will put you in the right mood for the race ahead with the big revelation of our season awards.

More than 100 people took part in our post-season survey and shared their thoughts and opinions on twelve different categories with us. Apart from the more common categories such as “Driver of the season” and “Race of the season”, we also included more innovative ones such as “Best social media usage”. Nevertheless, the fans were not the only people taking part in the survey. The ERN office also walked down memory lane and took the exact same survey separately. ERN editor-in-chief Antonia Grzelak will talk you through the fan-voted results and also lets you in on how our in-house survey compares to the public one.

DRIVER OF THE SEASON

“Driver of the season” is naturally the most prestigious of the awards and last season we saw Lucas di Grassi winning this category. Things should not change in season 2 as the Brazilian was voted “Driver of the season” again – with a huge advantage. In the office, we had an ongoing debate about whether Lucas or Sebastien Buemi should win this one but the majority opted for the ABT Schaeffler Audi sport driver in the end. To me, Lucas seems like the best pick for this category as his performance in Mexico City alone was enough to convince me that he was the superior driver this season. He had to overcome several obstacles in season 2 and once again should not be able to take the crown ultimately, but his performance throughout the entire season really speaks for him.

TEAM OF THE SEASON

Unsurprisingly, Renault e.Dams emerged as the “Team of the season”. However, it was a very close call between the French champions and runner-up ABT Schaeffler Audi Sport. In the end, this award deservingly goes to the hands of Formula E’s double team champions as their car was pretty much the measure of all things during most of the Formula E outings in season 2. And even though the German ABT squad really put up a spectacular fight with Renault e.Dams and got more out of the car than possible at times, Renault e.Dams’ impressive technical development needs to not only be applauded but to be honoured, too. At ERN, we could only agree with the fans and quickly decided that there is simply no way past Renault e.Dams.

RACE OF THE SEASON

I have quite a few years in Formula 1 and DTM under my belt but never have I ever seen a racing series produce as many exciting races as Formula E. The fantastic racing we all get to witness whenever the cars line up on the grid is one of the major keys to Formula E’s success and even though Renault e.Dams definitely had the edge in the majority of races, they never got boring. In fact, they were so entertaining that it was really hard to pinpoint which ePrix had been the best in season 2. The season finale in London just about won this category ahead of Buenos Aires and Mexico, with Putrajaya taking a strong fourth place. The only ePrix that was not really able to wow the fans was the Beijing ePrix so it was probably a good decision to scrap Beijing for Hong Kong in season 3. While the Buenos Aires ePrix was also a favourite among the ERN staff members, the Saturday race in London actually emerged as our favourite in the end. Fingers crossed that we will return to London eventually!

QUALIFIER OF THE SEASON

Qualifying in Formula E has to be one of the most nerve-wrecking things to do (and in our case: to watch) in your life. While Formula E luckily came up with a system that prevents un-manageable traffic on the tight street circuits when drivers go out for their flying laps, the Super Pole format stretches the final 5 to the limit. With three pole-positions in total this season, Sam Bird clearly managed the pressure best and was therefore deservedly voted “Qualifier” of the year” among the fans and the ERN staff.

MOST IMPROVED DRIVER OF THE SEASON

Daniel Abt’s first ever Formula E race ended with the German in P3 but ultimately getting handed a penalty, thus losing his first ever podium. This incident kind of became an unfortunate metaphor for Daniel’s first season but luckily he turned over a new leaf in time for season 2. Not only was he an often-seen visitor on the podium, but he also showed flawless overtaking skills and great battery management. If he will be able to keep up this speed of development in the third season, he might be a serious contender for the title.

ROOKIE OF THE SEASON

Robin Frijns clearly established himself as the best rookie of the season and was even able to score his first podium – in car that most of us would have described as pretty much un-drivable. And when you think 75% among the fans is already an unmistakable result: the ERN team voted for Robin unanimously. After such an incredible performance in his debut season, it will be interesting to watch him in season 3.

Naomi Panter and her fantastic Social Media work for Mahindra Racing in season 2 is already prize-winning and its effectiveness can be easily seen when looking at the results of the fan votes. Even though Mahindra Racing and Team Aguri are only separated by one percent, Mahindra’s innovative ideas such as the Mahindra bear clearly make them the fan-favourite. While we also love Mahindra’s Social Media work, NextEV has actually been our #1 in season 2 thanks to their fun interactions and amazing infographics.

The majority of Formula E drivers knows about the huge potential that Social Media holds but nobody seems to use it as well as Daniel Abt. The young German very clearly beat his colleagues when it came to the best Social Media usage in season 2 as he is known for entertaining replies, innovative ideas and showing that Formula E drivers are also normal and fun human beings. And one thing no one in Formula E will probably ever forget is Daniel’s promise to nakedly sing Taylor Swift on the grid should he get FanBoost…

DRIVE OF THE SEASON

We already established earlier on that deciding for your favourite Formula E race of the season is close to impossible. But what is even more difficult? Exactly – deciding which driver’s performance at a specific race was the best. We received many different proposals for this category but a handful of performances obviously made a huge impression on the Formula E fandom. “Rookie of the season” Robin Frijns drive to secure his first ever podium in Putrajaya was your top-pick in the end. The ERN had a much harder time: we simply could not decide between Robin’s drive in Putrajaya, Sam Bird’s winning Buenos Aires ePrix performance or Lucas di Grassi’s drive to victory in Mexico.

The fact that Daniel Abt and Social Media are essentially an absolute dream team is something we already established earlier. But while his Social Media presence did not necessarily win him many FanBoosts, it allowed him to interact a lot with the thousands of Formula E fans. Therefore, it is hardly surprising that you voted Daniel for “Outstanding fan commitment”. And while we agree that Daniel is definitely doing a hell of a job with the fans, for us it was Naomi Panter’s constant interactions with the Formula E fans on the Mahindra Racing Twitter account that won this category internally. And before we move on, I would love to thank everyone who actually put us down for this category. We are honoured.

Are you all familiar with the Internet meme “Damn Daniel”? Even if you are not, “Damn Daniel” is exactly what comes to mind when seeing that the ABT Schaeffler Audi Sport driver was actually able to win four out of twelve categories of our season awards. Congratulations, Daniel. Not only are you the fans’ (and our) most improved driver, best driver on Social Media and known for your outstanding fan commitment, no – you are also the fans’ outstanding sports personality. Nevertheless, it was a close call as Sam Bird and Lucas di Grassi are right behind him. By the way: the latter actually shared P1 with Daniel for outstanding sports personality here at ERN.

Last but not least, we wanted to know which partner impressed the fans the most in season 2 – and there was a long list to choose from. In the end, Visa just about won this one ahead of ABT Schaeffler Audi Sport sponsor Warsteiner. Warsteiner was also one of the favourites in the office but ultimately tied with Qualcomm and DHL. 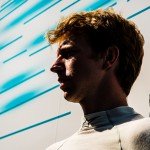 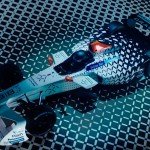