Driver of the race: Marrakesh ePrix 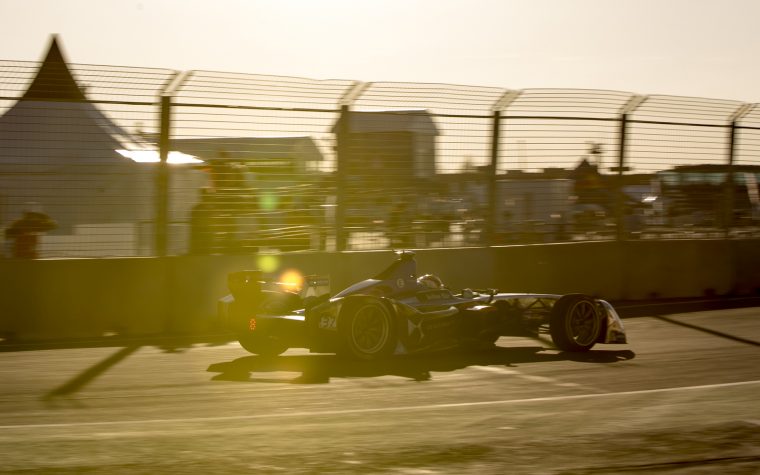 Formula E’s last outing in the current calendar year gave the all-electric series the opportunity to conquer the African continent for the first time. Following an exciting ePrix, the e-racing.net team discusses their driver of the race.

Antonia Grzelak (Editor-in-chief): Looking back at the Marrakesh ePrix, a handful of drivers really stand out this time. Of course, race-winner Sebastien Buemi proved once again why he is currently the owner of the highly coveted Formula E crown and his all-electric archrival Lucas di Grassi showed why he is always a force to be reckoned with. But because of the performance advantage I am awarding the Renault and because of Lucas’ sparsely laudable qualifying, I am left with Felix Rosenqvist and Oliver Turvey in the running for my driver of the race. And as much as you have to applaud Oliver for his performance in Marrakesh, Mahindra Racing’s rookie really pulled off something special in the dessert. I am convinced we all have to get used to seeing that speedy Swede on the podium.

Topher Smith (Deputy editor-in-chief): It was a race with many drivers to be applauded for their efforts, not least of which being Felix Rosenqvist with a pole and podium in what is only his second ePrix, but my driver of the race has to be the reigning champion himself, Sebastien Buemi . Despite a setback following the grid penalty, his speed was second to none over the 33 laps and no one was going to deny him the victory.

Rajan Jangda (Creative Director/ Photographer): Driver of the day is a no-brainer for me, it just has to be Felix Rosenqvist. He showed exactly why he’s so highly rated by some. His qualifying lap was brilliant and the way he just seemed to ease away from the field in the early part of the race was more reminiscent of someone like Lucas di Grassi or Sebastien Buemi, as opposed to a rookie in only his second race. Also, it’s even more impressive when you add the context of this being the sixth different championship he’s raced in this year, and he’s been competitive in every single one of them. He’s proving that you can enter him into any series and he’ll adapt. If he wins a race this season it’s not at all going to be a surprise to me.

Laurence Thorn (Senior editor): For me, driver of the race has to be Felix Rosenqvist . All weekend, he picked up where he left off in Hong Kong – showing rapid pace, and throwing his car around the circuit in an exciting manner. Yet unlike Hong Kong, he did not make a mistake and spin out; here he controlled the race perfectly from the front, and the only thing stopping him holding off Buemi and Bird and therefore taking a maiden win was his battery management. Considering this was only his 2nd ePrix (whereas Buemi and Bird were starting their 23rd) and this was also the longest ePrix ever in terms of kilometres raced, I believe Rosenqvist drove as perfect a race as he could have done and deserves the accolade.

Bethonie Waring (Senior editor): It was hard to decide between Sebastien Buemi and Lucas Di Grassi. In the end, I’d go for Sebastien. He made quick work of overtaking as he worked his way up through the field. It didn’t take him long to catch up with Felix Rosenqvist once he’d managed to take P2 and overtaking the race leader was smooth and simple. Overall, it’s been a very smooth weekend for Buemi, who seems to have (for now) found the cool he was missing for a lot of season two. Di Grassi also did a fantastic job. Difficult to choose between the two of them.

Renate Jungert (Editor): My driver of the day is, without a doubt, Felix Rosenqvist. The Swede is known as a street circuit specialist with good reasons, and he demonstrated it once again in qualifying: He flew around the track in Marrakesh as if there weren’t any walls, knowing exactly how much pushing he could allow himself, and claimed pole position in only his second race in Formula E. In the race itself Rosenqvist was able to remain in the lead until the final stage of the race. His only mistake of the day was his failure to conserve enough energy, which meant that he was overtaken by eventual race winner Sebastien Buemi and Sam Bird. Considering that Rosenqvist is a rookie and still needs to adapt to the particular challenges of this racing series, it is a forgivable error and the podium finish in his second race is truly well-deserved.

Jack Amey (Editor): I’ll make it short but sweet: Sebastien Buemi. He made up for his penalty after qualifying with very good energy management in the first stint, allowing him to push for victory in his second car. Well-deserved victory and my driver of the race.

Francisco Aure (Editor): Felix Rosenqvist amazed everyone, he has shown he’s really got what it takes. One-shot lap for qualifying always has been an immense challenge for drivers, and Rosenqvist did his brilliantly. That shows when a driver must race at its best, and he met the expectations. Of course JEV could have beaten him, but luck always plays its part. As for the race, Felix proved Mahindra can reach higher with a driver like him. His pace was always really strong, he had no other choice than trying to get a good gap and resist in the end. Bird and Buemi (as well as di Grassi) are still the ones to beat. He did all he could, and it’s no little thing. He has proved he can have a bright future in Formula E.

Andrea Perilli (Editor): My driver of the day is without any doubt, Mahindra Racing’s Felix Rosenqvist. He showed a brilliant pace and driving early on which put him where he deserved to be: pole position. Unfortunately, he couldn’t seal the awesome day with a win but this is probably one of many incredible performances we’re going to see from him this season

Amylia Hilda (Editor): Felix Rosenqvist put on a great show throughout the whole 33 laps. He was all fight, fight, fight from the beginning and not once did he seem fazed by the heavy competition. He’s definitely a driver to keep an eye on for the rest of the season and my driver of the race in Marrakesh.

Jordan Peacock (Editor): Driver of the race for me would have to be Sebastian Buemi for the way he worked his way up the grid. It was a superb drive to recover all the lost positions after his qualifying penalty, and he took a deserving win in the end.

Frances Fry (Season 3 intern): My driver of the race is Sebastian Buemi. He’d had a strong day as it was but during the race it was very clear he was going to do everything he could to get himself into first position and of course, he did! He gained on Rosenqvist very quickly and before long he was ahead of him. There’s something very satisfying about watching someone accomplish what they’ve set their mind on and we watched Buemi do just that.

So while two drivers really stood out among our editorial department, our readers had a clear favourite in Marrakesh: Felix Rosenqvist. The rookie was able to impress more than half of the voters and thus takes home his first Driver of the Race award.

The big question now: who is YOUR #DriverOfTheRace this time? #MarrakeshePrix 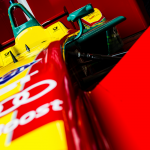 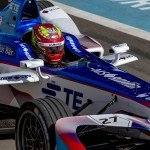