Villeneuve: “It was OK to be rough and tough, people respected that” 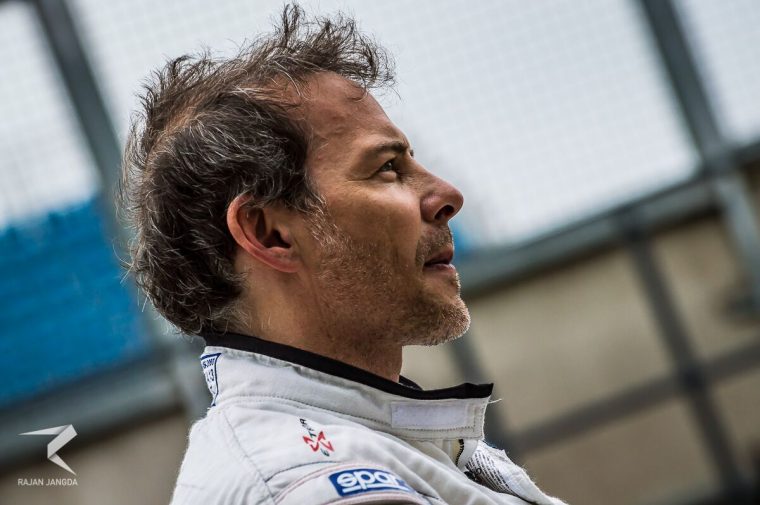 During the Malaysian Grand Prix weekend, ERN editor Noor Amylia Hilda met with the ever forthright Jacques Villeneuve, where he reflected on what it was like being a race car driver before the age of social media and how he’s not ready to hang up his helmet just yet.

For someone who’s refreshingly straightforward in his opinions, you know Jacques Villeneuve would make for a very lively impromptu interview. Even though he has lightened up to a certain degree since his days of competing in Formula One, he remains no less opinionated today as he follows the F1 circus as an analyst for Sky F1 Italia and a commentator for French network, La F1 sur Canal – a fitting role for someone who speaks his mind, something that’s most certainly lacking in the sport today.

I recently met Villeneuve during the Malaysian Grand Prix weekend to catch up since his departure from Formula E late last year. After a short, inglorious stint in the all-electric championship, Villeneuve parted ways with Venturi after just three races in Season 2. Has he been planning to get back in a racing seat since leaving Formula E?

“Planning no, more like dreaming of new drives,” he says with a wide grin. “Because it needs the interest of a bunch of other people and right now the opportunity is not there. I would love to do some Nascar or Rallycross, that was really the kind of races I enjoyed. I enjoyed the few races I did in Formula E but there is just no opportunity right now but I would go back tomorrow.

“I just love racing as long as it’s professional and as long as it’s proper racing. I would have liked to do a full season and that was the plan in Formula E, not just a few races, not like what I’ve been doing for the past few years because you never have the time to get ready.”

Although his time with Venturi lasted less than half of the championship season, Villeneuve is somewhat satisfied with what he brought to the Monegasque-based team.

“I was happy because I brought a lot of stuff to the team. They changed a lot of the mechanical aspect and a lot of the electronics as well and I re-did some of the program for the steering and all that because I like that kind of stuff and they’re using it now. So the work was actually good it just didn’t last very long.”

At 45, Villeneuve is still a highly competitive individual, and – it’s rather obvious- he just genuinely loves racing. The need for speed is a trait similar to his late father, the Ferrari legend Gilles Villeneuve, and it’s only inevitable that he also ended up in racing.

“I’ve wanted to do it since I was five, I’ve seen a picture of me when I was four on a mini snowmobile that was a copy of my dad’s racing one and I was already jumping (in it). So, it was already in my mindset- that nature of pushing the limit and taking the risk and the competitive aspect of things. Since I was five I was just building my own racetracks and playing with a car all day, that’s what I did…all day!

“So I cannot tell you what made me do it, it was probably the fact that my father was racing so for me it was just life. It was never to emulate. It was never, ‘Oh, my dad races, so I have to also,’ it was never that, but it was what I was born into and for some reason it was just logical, I just loved it anyway.”

The French-Canadian has had an illustrious and a rather unconventional career too. At 24, he won the Indy 500 and the CART championship, the youngest driver to win both titles. He became Formula One World Champion in just his second year in Formula One in 1997.

With 11 Grand Prix wins throughout his F1 career, he left the sport in 2006 and since then has dabbled in a variety of racing series from Nascar, Le Mans, Rallycross, Australian V8s, Speedcar, the Spa 24 Hours, Stock Car racing, and the latest, Formula E…that’s quite a CV.

This makes Villeneuve possibly one of the most versatile drivers out there but just what does he make of his racing career so far? “It was great but it could’ve been a whole lot better,” he says with a laugh.

“I’m happy because I achieved my goal which was wining the Formula One championship and in the middle of it, I also won the Indy 500 so that was a big amazing bonus. The only thing missing is Le Mans and obviously it would have been nice to win more but at least the goal was achieved so at least I can feel good about that.”

Was there anything that he would have liked to have done differently? “There are always things you can do differently but the minute you do things differently your whole life changes and the things you know today doesn’t exist anymore,” he explains.

“To change because of the bad things…then the good things would have gone as well and the change you make could have made things worse,” he says with a shrug. “So no, there was nothing that was big enough to have made me want to change it. Yes, all those decisions would have meant more championships and wins, but then maybe I would have had become a big snob, and I wouldn’t be happy with myself so…I’m happy with the way things are.”

He even has no regrets about his time at BAR, a team that he helped to build up, “Probably a bad decision was the second BAR contract in hindsight, but it’s easy to say in hindsight…I should have done this or that, by the time Honda was begging me to stay.

“There was a lot of situations that showed up that said, ‘This will be good’ and just after signing it, it all turned political and it’s only because of the political aspect of it that it was a mistake signing but the political aspect of the team changed after signing. Because at that point there was a contract ready to go with Renault and (Flavio) Briatore and we beat them the following year so (now) it didn’t look like it was a bad decision.”

A point that I wanted to bring up during the interview was the trend of racing autobiographies that seem to be high on the best seller’s list this holiday season. His contemporaries, Damon Hill and Johnny Herbert have both respectively released their autobiographies this year; I asked if he was ever planning on doing the same.

“It would be interesting, but the question is – do you put the truth? Do you put yourself in a better light than the truth? Do you describe the negative aspects of other people as well that had a negative influence on you or not? Because then they can attack you. It’s always better when it’s a third party that writes it, but writing it yourself – it’s impossible for you to be 100% neutral.

“You’ll either make it more negative because you want to show people that you’re not putting yourself in a good light. There’s a lot of great stories to write but I don’t know if it’s something I should do myself or not.”

The Formula One world of Villeneuve’s time was different from now as he hastens to add, especially in the way a driver’s image is represented in the media and for some drivers, social media portrays a somewhat hedonistic way of life. Was he ever a part of that F1 party scene?

“No, just for a very short period during the end of 96’ and during 97’ but just because it happened naturally. There was a lot of pressure, a lot of stress and we were testing in between every race and we needed to let go off a little bit of steam and I got single after a really long time as well so maybe that was a reason!”

“It was with (David) Coulthard basically, we’d just call each other and be like ‘hey, what you doing? I’m bored. OK, let’s go for a coffee,’… and the coffee would finish at 6am in the morning,” he explained.

“First of all, we didn’t really almost have cell phones back then and …it was just different. You just went somewhere and see which one of your friends was there and it wasn’t friends that you were trying to get an image out of, it was just people you went out and end up having a drink with and have a second drink and so on. So, no I was never a part of the jet-set party scene.”

Speaking of ‘image’, social media today plays a big role in how a driver is represented to the public. Would this have had made an impact should social media be around back in his day?

“A lot of us would have gotten in trouble,” he says with a grin. “And the sponsors would never have had accepted it then. Back then, it was more on you had to have a proper image and not just a star image. So, that’s all changed but we were all men as well. I got into Formula One, I was super young at 25, I mean I was crazy young!

“So, it was different than now where they’re still boys and they never had time to really grow up. Physically, yes but not mentally and when you start Formula One, you stop growing. You’re so focused on your racing that that’s the point where your entire intake is on the racing, so you stop growing as a man. So, I think it was a little different. When we got into F1, we were men and I think that has an effect also in what you do and don’t do.

“I guess we spent less time thinking about what people thought about us,” he adds. “Because you couldn’t count how many fans you had on Twitter and it was mainly down to racing and not really down to working on an image. The popularity came naturally; it wasn’t something that you worked on. You just won races, and you were tough and you said what you thought…not everyone, but majorly I guess,” he shrugs.

It’s been a decade since Villeneuve left Formula One, and today he’s enjoying his job in TV but that need for speed still needs to be satisfied. “Yes, I enjoy doing it but then again I don’t wake up in the morning, thinking ‘Yes! I’m living my dream!’ I wake up thinking like that when I race. Doing this, it’s something I do well because I know it well and with the channels I do it with; it’s total freedom of speech.

“That’s why I like it because when someone tells me ‘you’re not allowed to…’ I can do it once but then it just eats me inside. I’m also finding out that I’m getting a lot of credibility doing it which is really surprising. So, yes I’m enjoying it, but if I had the choice between driving and this I would just jump at driving even for a lot less money!” 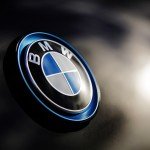 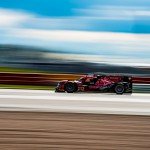