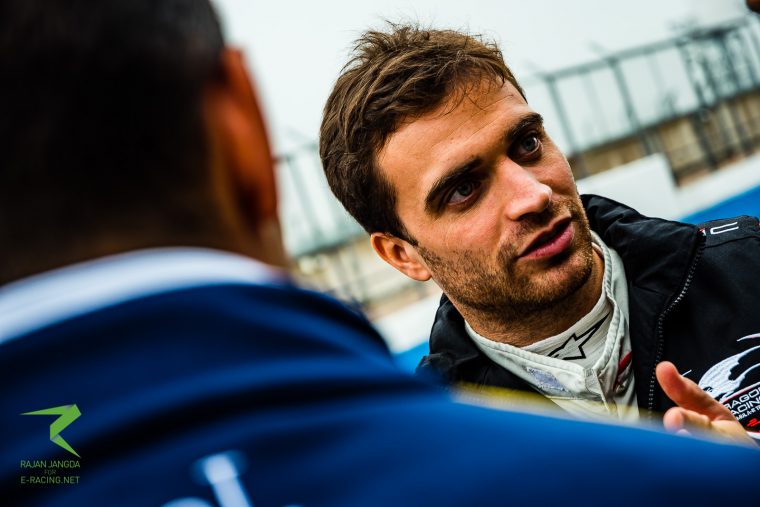 With two victories to his name and a whole lot of experience, Faraday Future Dragon Racing’s Jérôme d’Ambrosio is one of the most successful Formula E drivers on the grid. During the Buenos Aires weekend our editor Andrea Perilli caught up with the Belgian to talk about his fruitful journey in the fully-electric championship.

Having been in the series since day one, d’Ambrosio has now become a recognised figure for anyone who talks Formula E. The Belgian is an ePrix winner, known for inheriting both his wins after Lucas di Grassi’s disqualifications, and a super fast driver on track, having achieved pole position twice with unbeatable performances.

His charisma and appreciation for the fans have earned him followers all over the world, who enjoy his good results and fantastic performances on track. Along with teammate Loïc Duval, they are both valuable figures for American squad Faraday Future Dragon Racing, the team that saw d’Ambrosio triumphing and will surely see him succeeding once again this season.

[/vc_column_text][/vc_column][/vc_row][vc_row][vc_column][vc_toggle title=”Jérôme, you have been in Formula E since the beginning of the series. What differences have you found this season in comparison to the others?” style=”text_only” color=”green” open=”true” css_animation=”appear” el_id=”1457462462183-ad45c2b2-e9be”]

“The series is obviously growing. There’s no been radical changes for a driver, I mean the cars have progressively evolved and of course now we have different powertrains, so everything has improved bit by bit.”

“In terms of the championship, I’ve seen the biggest change as it just keeps on growing: you got to the first race and it was new to everyone, on the organisation’s side, on the tracks’, it was the first one [race], so it wasn’t perfect. But we went a long way going to the tracks, managing them, the organisation and the people’s interest have grown so much, that I think those are the biggest changes. Three years ago you said ‘I drive in Formula E’ and people would be like ‘Ah…I heard about that…’; now you say Formula E and people know about it.”

“You know, the cities are amazing! Look at the calendar each season, that’s one of the biggest evolutions. Firstly last year we got Paris and now we get New York, Montreal, Hong Kong, some pretty cities!”

[/vc_toggle][vc_toggle title=”You are an ePrix winner and those, of course, must be your favourite Formula E moments so far. Which other moments of your time in the series would you highlight?” style=”text_only” color=”green” open=”true” css_animation=”appear” el_id=”1457462462432-953e496d-e0ae”]

“I think the first one [race] was a nice one, just because it was the first Formula E race and it was great to be part of that! Then, apart from that I think my first ever podium, which turned out to be a victory, was something special for everyone in the team.”

Pole positions, as well. I really enjoyed being on pole position twice last season: the poles in Punta and Mexico were both pretty good moments, and I’m looking forward to more of those this year. But I think those four moments were really special.

“In that case I think it’s important to take a step back, analyze the situation on a big picture and look at that big picture. The moment when you do that, you are able to look where you’ve done wrong or what is the step forward, and just work hard to get back on track.”

“Coming from more classical forms of motorsports, in this series I think everybody is trying hard and making efforts in reaching out the fans. We’re far way more open, and even more than we were before.”

“It feels nice and it would be amazing if we went more in that direction, I think everybody is making the best they can and they’re also being more creative.”

“The FanBoost is a pretty interesting concept: you’re giving the fans the chance to be part of a race and it is something that’s never done before, I like that!”

[/vc_toggle][vc_toggle title=”Formula E has taken you around the globe, you have already told me the cities you are looking forward to race in, but which have been your favourite destinations so far and why?” style=”text_only” color=”green” open=”true” css_animation=”appear” el_id=”1457462463022-821ddfd0-bd90″]

“It’s so difficult! We go to so many cool places with Formula E. I really enjoyed Punta del Este, I’m not going to start by any order, but Punta was really nice, it was close to Christmas and the location next to the beach was pretty unique.”

“I also enjoyed Morocco, Monaco of course, Paris was amazing! You cannot race in a more iconic location, you’re in the heart of the city and it was just fantastic. Hong Kong was cool, as well. But I’m really looking forward to New York and Montreal, I think these are going to be amazing too.”

“But you know, racing in a city is always cool. I love it here in Buenos Aires. You’re always able to see something different, where life is happening and where things are happening. When you race in other motorsports series, you race three hundred kilometres away from everything, and here you are in the heart of a city. It’s nice and all of these big cities are pretty amazing.”

“I don’t have idols, I never had one person that I said “Wow! He’s perfect” or whatever. But there are lots of people I took as examples, there are some people that I’ve seen racing like Michael Schumacher and those guys, examples of hard work, passion for what they do, and determination to achieve the goals they set themselves.”

“Ayrton Senna was course, Senna! Actually, Imola was the first race I ever went to see in Formula 1. I was a kid, too young, but read a lot about him. But I mean, these drivers who dedicated so much and were so hard working to achieve whatever they wanted to achieve, were clear examples of people you look up to.”

Formula E’s next stop is Mexico City, a place from where d’Ambrosio has fond memories of. As he said, the podium in the Autódromo Hermanos Rodríguez was one of his favourites, and he aims to reach the highest step once again, on his Faraday Future Dragon Racing car, to add one more victory in his successful Formula E journey. 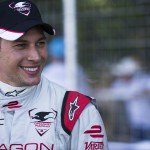 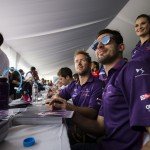