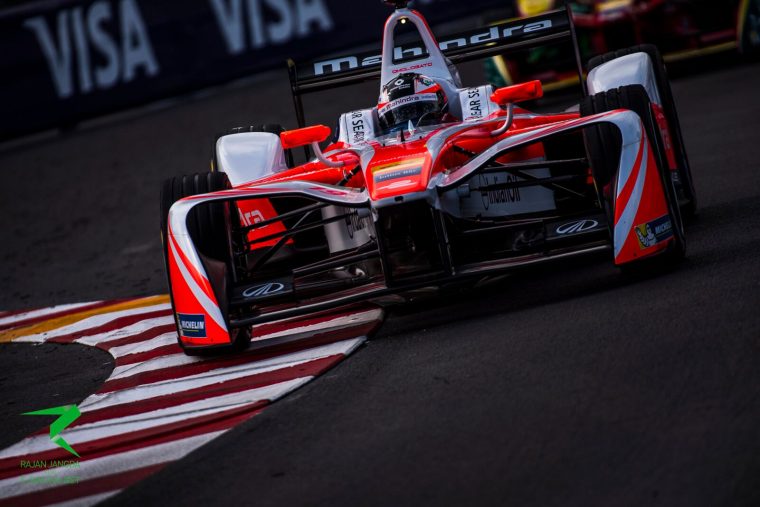 Nick Heidfeld took advantage of a traffic jam at the first corner to rise through the order and benefit from other driver’s calamities to register his second podium of the season, while Felix Rosenqvist recovered from an early morning crash to take home another points finish.

The day started on a sour note for the Mahindra Racing squad, as Rosenqvist piled into the back of NextEV NIO’s Oliver Turvey in the first practice session, destroying the front right of the car and leaving a major repair job for the mechanics.

On the other side of the garage, it was a day or progress for Heidfeld as he lingered near the bottom of the pecking order in practice, before improving to eighth on the grid while Rosenqvist qualified sixth in his second car.

Heidfeld took full advantage of a traffic jam in turn one to move up to fifth place, before taking the final podium spot following a collision between Nelson Piquet Jr and Jean-Eric Vergne. Rosenqvist potentially had the speed to move up the order but was unable to find a way around the Venturi of Maro Engel around the tricky streets of Monaco and held onto sixth.

“It’s great to finally be back where we belong in third place in the teams’ standings after our best ever result in Formula E. A double-points finish is exactly how we wanted to start our comeback of consisitently strong results, and we can’t wait to use the momentum in Paris next week.”

Heidfeld secured a historic podium at the Monaco ePrix, becoming the first man to score a podium in the Principality in both Formula E and Formula 1, in addition to a podium and a victory in Formula 3 and Formula 300, respectively.

The German started the race in eighth place, where he devised a plan to run the opposite lane of traffic to the rest of the field, which worked to perfection as he moved up to fifth place at the opening corner.

Heidfeld was promoted to third as Piquet and Vergne came together on lap 21 and completed a tremendous drive that moved him up to sixth in the standings.

“The day finished well for us eventually. After my qualifying lap I was second, but the next groups were quicker and I had to start from P8. It was awesome to go around on the outside at the start and gain three places from eighth place, but I had to make sure I wasn’t in a dangerous position for turn two and slot back in!

“I was running quite safely in fifth place with not too big a gap to the guys in front, meaning I wasn’t tailing them when they made contact and benefited nicely. This promoted me to third, and while I couldn’t hold the pace of the leaders it ws nice to see the cars in my wing mirrors getting smaller. You can never relax around Monaco and there are always a few late incidents but it’s great to finish on the podium.”

It wasn’t an ideal start to the day for Rosenqvist, as FP1 saw the Swede get caught out by an abruptly-slowing Turvey and piled into the back of the Englishman.

The Mahindra mechanics did a stellar job in repairing the car while Rosenqvist made good use of his second car to qualify in sixth place ahead of team-mate Heidfeld.

The race proved tricky for Rosenqvist, as the speed appeared evident but the Venturi of Engel created an impassable roadblock, leaving Rosenqvist to stay put in sixth place and bring home another strong points finish.

“Looking back at the day I think we started off very good in FP1 and showed we are one of the quickest around here. I had a crash at the end of that session after a misunderstanding with the marshals and drivers, which put me on the back foot for the rest of the day. The race was good, but all the wrong things happened which was out of our hands. At the start, my plan was to be on the inside then everyone went on the outside, which no one thought would work but it did! After my pit stop I lost my radio in the second stint and couldn’t talk to the team, so we had to communicate through the pit board, which worked quite well in the end.

“Considering this, I’m quite happy finishing P6 and I’m really happy the team has scored a podium. It’s where we want to be and Nick showed today it’s where we should be and I’m not happy until I am on the podium.” 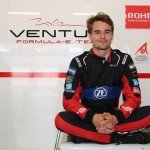 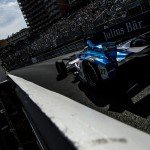