Exclusive: “I believe I will do well”, says Dillmann 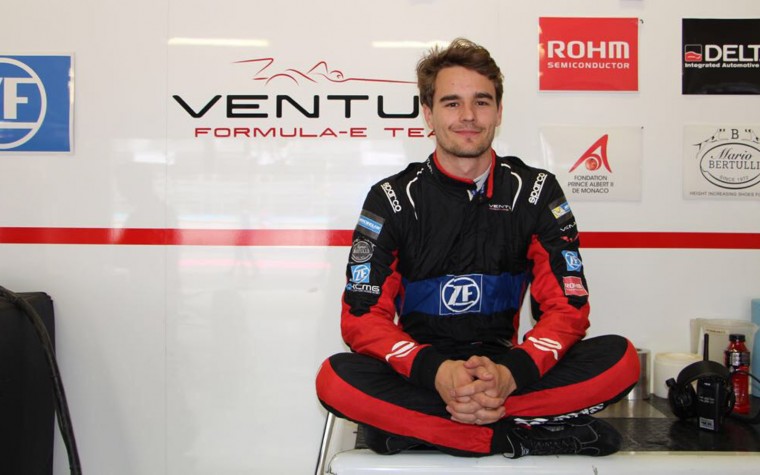 Frenchman Tom Dillmann will finally make his Formula E race debut in Paris this week, racing for the Venturi Formula E Team. Having already tested the car beforehand, he is positive ahead of his first Formula E outing and spoke with our editor Andrea Perilli about his thoughts on the fully-electric racing series.

This year’s Paris ePrix clashes with the second round of the DTM championship at Lausitzring, causing Venturi driver Maro Engel to miss the Parisian round. Hence, reigning Formula V8 champion Tom Dillmann will replace the German. Dillmann, who had his first taste of Formula E back in 2015 testing for Team Aguri, will race on home soil, aiming to showcase a convincing performance for the Monegasque team.

The 28 year-old Frenchman is the reigning Formula V8 3.5 champion and has a vast experience in single seaters, as well as experience with sportscars. This will be his second appearance with the Monaco-based team, after taking part in the 2017 Mexico City ePrix shakedown.

Tom, how did the experience of taking part in the Mexico ePrix shakedown feel?

“It was great to spend the weekend with the team and see how the race day goes, that was really interesting. It was really good for me to be there, to follow the project closely, and see the engineers at work.”

You tested the car back in 2015 with Team Aguri. Which differences have you found compared to this season’s car?

“The car I tested in 2015 was a Season 1 car. It was with Team Aguri and they didn’t develop their own car [Editor’s Note: Team Aguri used a S1 powertrain in Season 2]. Obviously now, with the team I am with, they have their own powertrain and gearbox, so it’s a little bit different. I could do a 50-kilometre test this week, it’s not a lot but it was a good help for me to prepare ahead of Paris.”

“The driver level is one of the highest in the world, for sure. That makes it really exciting and gives it a high level of competition.”

How do you feel about racing in Formula E?

“Ah, it’s great to race in such a big series. Obviously, it’s really cool to do my first race in Paris, as a French guy. I have a lot to learn and I respect that, most of the guys I will be racing against have been racing here for three years and know the car really well. I will try to do my best with the experience I have and in any case, for me it will be really cool to have a race under my belt if I am able to start Season 4, it’s always good to have done one race, and experience as much as you can in Formula E before you start a season.”

And which features do you consider the best ones of Formula E?

“I think the evolution, the car’s development, racing in the centre of amazing cities. The driver level is one of the highest in the world, for sure. That makes it really exciting and gives it a high level of competition.”

What aspects do you like the most about Venturi?

“I think it’s quite a young team, they are all very passionate, and they’re all really pushing to do great. Obviously it’s one of the smallest teams in Formula E, so they take great pride in beating the big ones. And I think speed-wise they have already showed a few times, that they can do well, so I’m excited to race for them.”

“I believe I will do well because I’ve always adapted quickly to any category, this one is a little bit different though.”

What excites you the most about racing in home soil?

“Well, it’s great to be in a French city. There will be a lot of fans, I’m sure. The track is new to me, so it’s not that I’m arriving to a track where I have previous experience, but I will have a lot of friends coming, my family too, so it’s nice and gives me a good vibe.”

And finally - what do you expect ahead of your first Formula E race?

“For me it will be a great learning experience, so my goal is to be competitive since Free Practice, and then build up something from that. We will see… I believe I will do well because I’ve always adapted quickly to any category, this one is a little bit different though. I’m not thinking about any result, just doing my best, and I know my best can be good.” 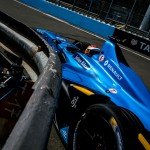 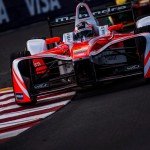