On top: Buemi goes all out in FP1 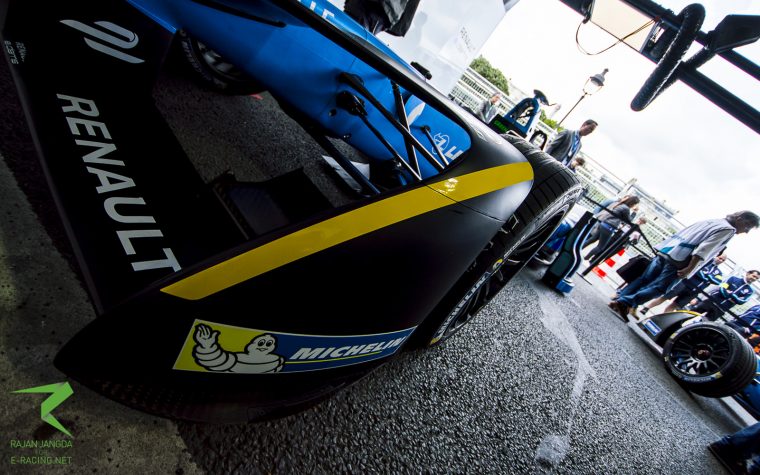 On a rather chilly, yet beautifully sunny spring morning, the Formula E drivers took on the challenging street canyons of Paris. The entire field went out on the track immediately but they should not be able to get in any proper laptimes as just one minute into the session, Sam Bird (DS Virgin Racing) found himself stranded just on the exit of turn 1. As everything on his car had shut down – even the communication with his team – he had to abandon the car and make his way back to the garages with the Qualcomm Safety Car. With the car still on track, the session was red-flagged after less than three minutes. Some drivers such as Lucas di Grassi (ABT Schaeffler Audi Sport) made the best of this rather anti-climactic start to the session to practice car changes for later on in the day.

With 38 minutes left, the session was restarted, only to be slowed down by another yellow flag once again just two minutes later. The second DS Virgin Racing driver Jose-Maria Lopez found himself in the wall in turn 1. Fortunately though, the Argentine was able to reverse out and bring his back to the pits safely. In the meantime, the drivers were able to put in their first quick laps and Daniel Abt (ABT Schaeffler Audi Sport) was leading the pack ahead of Sebastien Buemi (Renault e.dams) and Loic Duval’s replacement Mike Conway (Faraday Future Dragon Racing). Nevertheless, times kept dropping and the pecking order kept changing as the track was getting quicker with every lap.

Following a short full course yellow practice, Formula E rookie Esteban Gutierrez (Techeetah) was the next driver to cause a yellow flag, as he had to use the run-off area in turn 1. The Mexican was able to reverse back on the track and resume the session, though. A mistake that has been seen several times during the first practice session as the Mexican found himself in illustrious company as di Grassi was just one of the other drivers who had to use the extra space in this tricky corner which might easily play a key role during the race, especially at the start.

Lopez was leading the pack ahead of local hero Jean-Eric Vergne (Techeetah) and Bird just a few minutes before the end of the session. Thus the DS Virgin Racing team was able to turn it around after their difficult start to the session. Nevertheless, championship leader Buemi put in the only lap in qualifying mode, using the 200kW of the car, and therefore took the lead just as the chequered flag was brought out. His main rival di Grassi found himself in P4 in the end. The two replacements this weekend – Conway and Tom Dillmann (in for Maro Engel at Venturi Formula E) experienced a mixed start to their weekend. While Conway impressed with a solid P7, Dillmann was still getting to know the car and finished the session in P17. 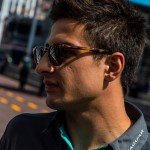 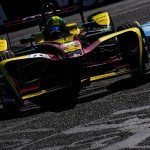