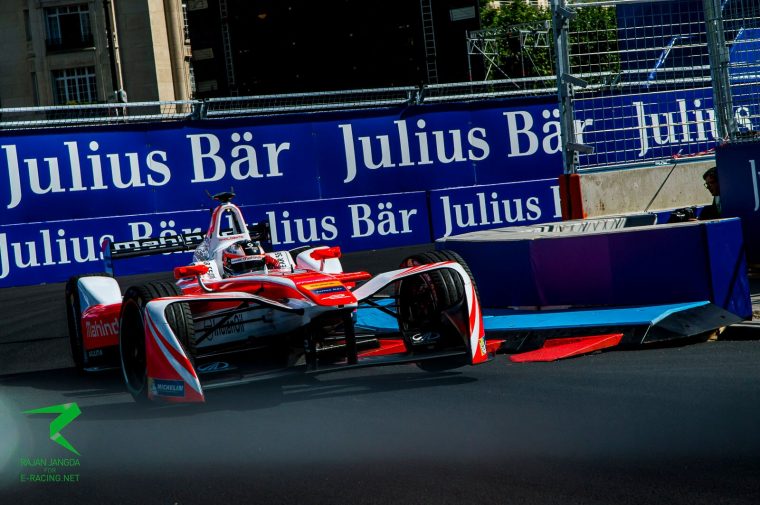 Felix Rosenqvist put in a near-perfect performance to take his and Mahindra Racing’s first ever Formula E victory at the Tempelhof Airport following a race-long battle with Lucas di Grassi.

The Swede qualified third on the grid and surged past the DS Virgin Racing of Jose Maria Lopez to steal second place off the line, with the Argentinian also losing out to Nick Heidfeld.

There were early problems for Panasonic Jaguar Racing’s Mitch Evans, who pulled into his pit stop with a mechanical issue on lap five. The Kiwi swapped to his second car and went on to take the fastest lap of the race with a 1:10.224s.

Rosenqvist kept di Grassi honest in the opening laps and made a bold move around the outside of turn one a couple of laps before the pit stop phase, taking the lead of the race in the process.

Many of the drivers predicted tyre issues for the race, with the Michelins starting to drop off towards the end of the first stint causing the top three to all lock up at turn nine before heading to the pit lane.

Further down the order, Lopez put his poor start behind him to hold onto fourth place while his DS Virgin team-mate dropped from fifth to eighth following the pit stops, where he would go on to finish.

Jean-Eric Vergne drove a mostly anonymous race, staying within the points but following an unsafe release from his car change the Frenchman was handed a five second time penalty, dropping him from fifth place on track to ninth place in the classification.

Reigning champion Sebastien Buemi qualified 14th earlier in the day, but that did not stop him from putting in his own strong performance and rising to a fifth place finish following Vergne’s penalty, netting himself an important ten points in the championship chase.

The result means that Mahindra Racing close the gap to ABT Schaeffler for second in the teams’ standings, while Rosenqvist moves up to fourth in the drivers’ table. 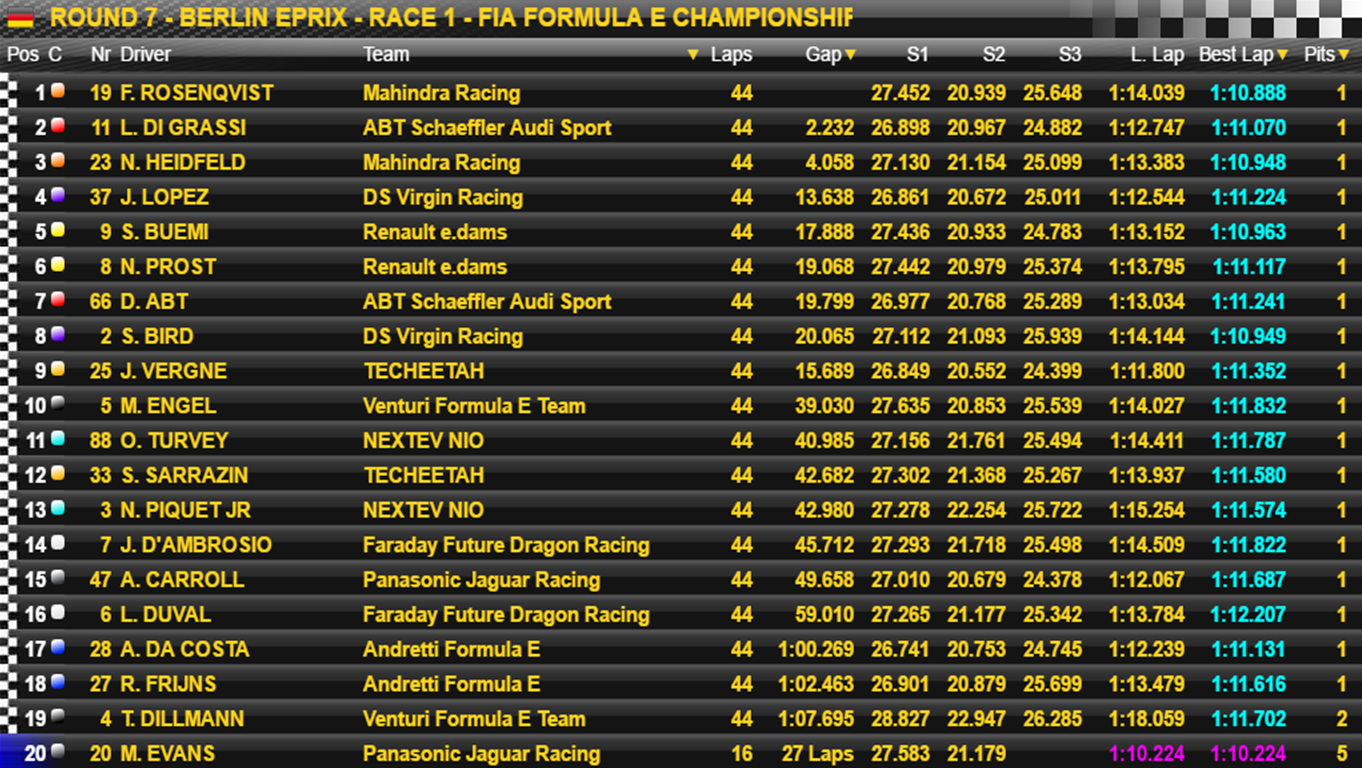 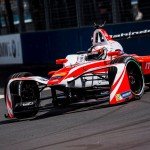 - << « Rosenqvist aiming for victory in Berlin 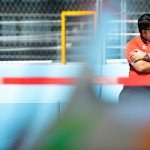