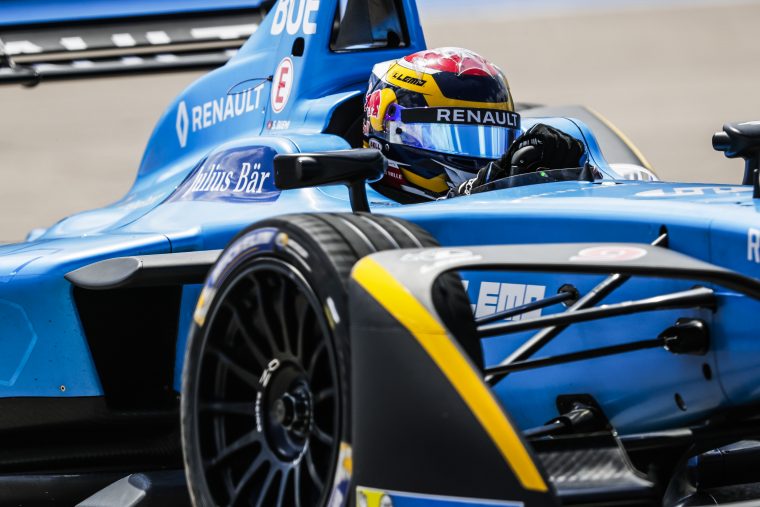 Rosenqvist made the most of a slow first lap for Buemi to build a gap of two seconds, before Buemi started to close the gap again after fending off the pack behind him.

The first lap wasn’t completely without incident as Loic Duval and Maro Engel came together at turn six, resulting in the latter taking to the pitlane for damage.

Nick Heidfeld, who started the race from 20th following an issue in qualifying, put in a storming opening stint to move up into a points-paying position by the time the pitstops came round. However, the Mahindra Racing driver used more energy than those around him, resulting in an earlier car change.

There was a hairy moment for the DS Virgin Racing duo of Jose Maria Lopez and Sam Bird, who banged wheels while fighting for third place on lap 17, resulting in Bird running wide and losing positions to Jean-Eric Vergne and Lucas di Grassi.

It wasn’t to get much better for the team, as on the very next lap Vergne went past Lopez for third place, while Bird dropped further back down the order to eighth, falling victim to Daniel Abt and Nico Prost.

The leaders pitted on lap 23 with Rosenqvist followed in by Buemi, but it was almost a disaster for the Mahindra team as the Swede left the pit garage and was very nearly collected by team-mate Heidfeld, who was pulling into his own side of the garage.

The incident resulted in a ten second time penalty for Rosenqvist, eradicating his chance of his second victory in two races.

The Mahindras weren’t the only ones who ran into trouble during the pit stop phase, as Faraday Future Dragon Racing’s Jerome d’Ambrosio was investigated by the stewards for being under the minimum pit stop time, resulting in a drive through penalty for the Belgian.

Behind the leading duo a battle royale was forming for third place between Vergne and di Grassi, with the Brazilian almost sliding into his French rival at the final corner on lap 30.

Vergne was eventually forced into a mistake the following lap as he ran wide at turn one while covering off di Grassi behind him. Abt was able to get past as well, but Vergne pulled off the same move to take fourth position back.

The Frenchman soon dropped back into the clutches of Lopez, Bird and Prost, with Lopez taking a number of laps to get by and claim fifth place, doing so with a tremendous move into the braking zone of turn nine.

Bird almost pulled off the same move, but had to back out of it after Vergne moved over to defend his line.

In the end, it was Rosenqvist who crossed the line first, but with his penalty applied the victory went to Buemi, putting the disappointment of yesterday’s race exclusion behind him and strengthening his grip on the title chase.

di Grassi brought his ABT Schaeffler home in third place, missing out on also benefiting from Rosenqvist’s penalty by only a couple of seconds, with team-mate Abt following him home in fourth.

A superlative drive by Heidfeld was eventually rewarded, going from last on the grid and almost colliding with his team-mate to collect the final point in tenth. 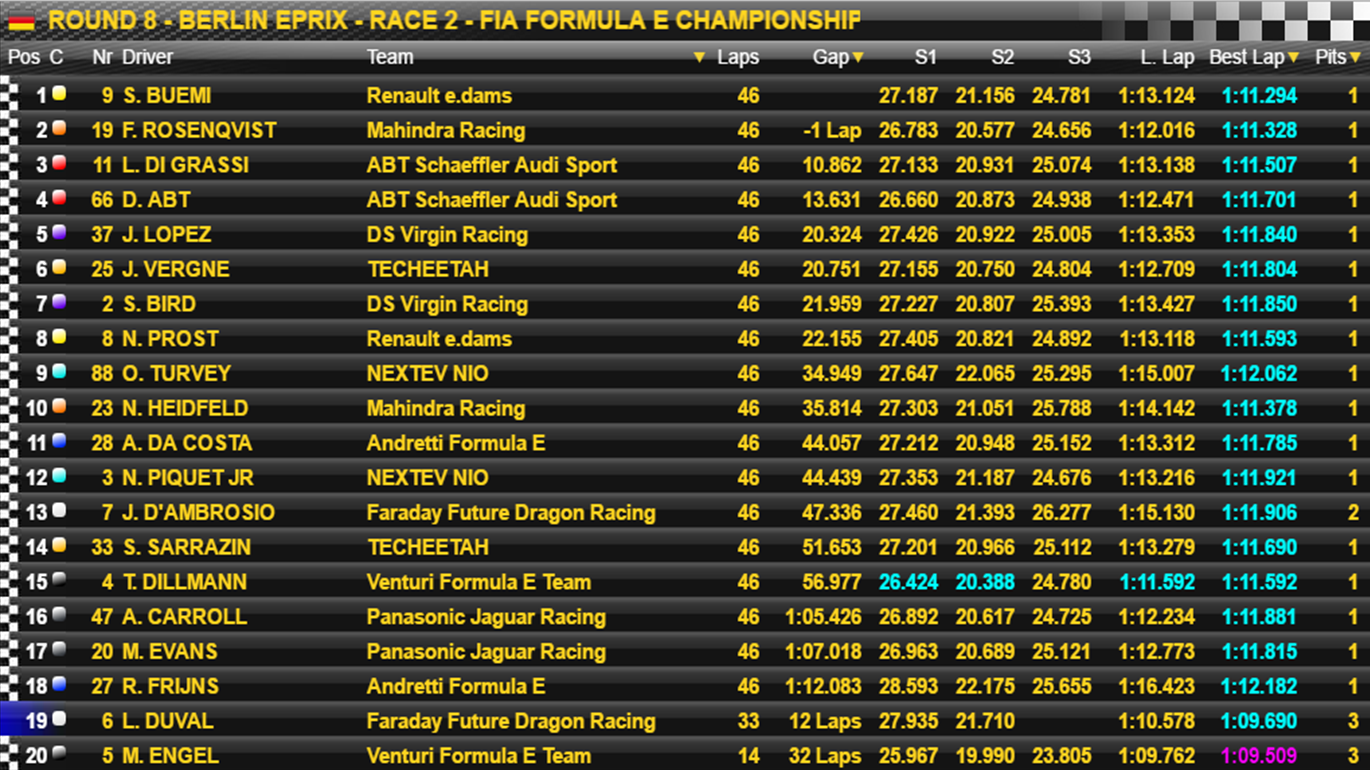