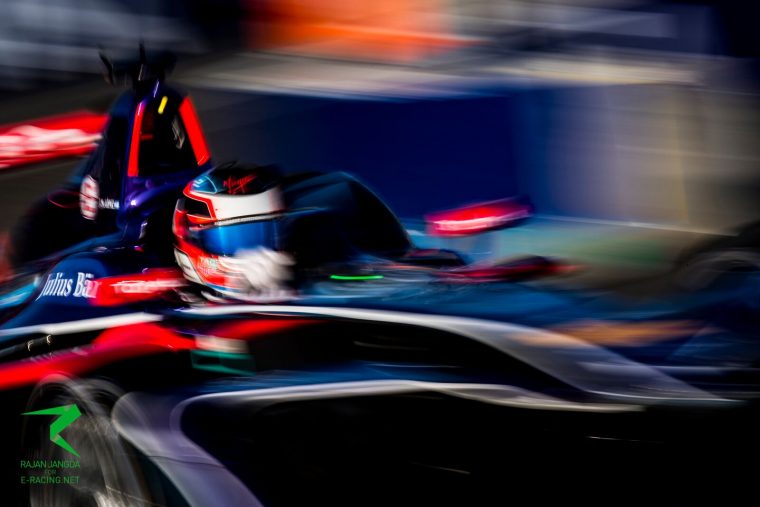 The DS Virgin of Jose Maria Lopez ended the second practice session of the day in first place, having put in an early 200kW lap that ultimately would not be beaten.

The Argentinian, just like in FP1, set the early benchmark with a time of 1:07.670s, with Felix Rosenqvist and Sam Bird not far behind as they also broke into the 1:07s mark.

After a flurry of 200kW laps, the drivers settled into some long runs and gathered valuable data for the race later today.

With only a few minutes left of the session the drivers started to turn 200kW laps again, with a few drivers setting personal bests but no one could beat the chart-topping time of Lopez, who finsihed ahead of Rosenqvist in second while FP1 pace setter Sebastien Buemi managed to take P3 with a late lap.

Bird ended the session fourth after being bumped down by Rosenqvist and Buemi, ahead of the ABT Schaeffler of Daniel Abt and the Techeetah of Jean-Eric Vergne, who endured a momentary loss of car control into turn six when he locked up.

The top ten was rounded out by Nico Prost, Oliver Turvey, Lucas di Grassi and Maro Engel, who finished second in the earlier practice session. 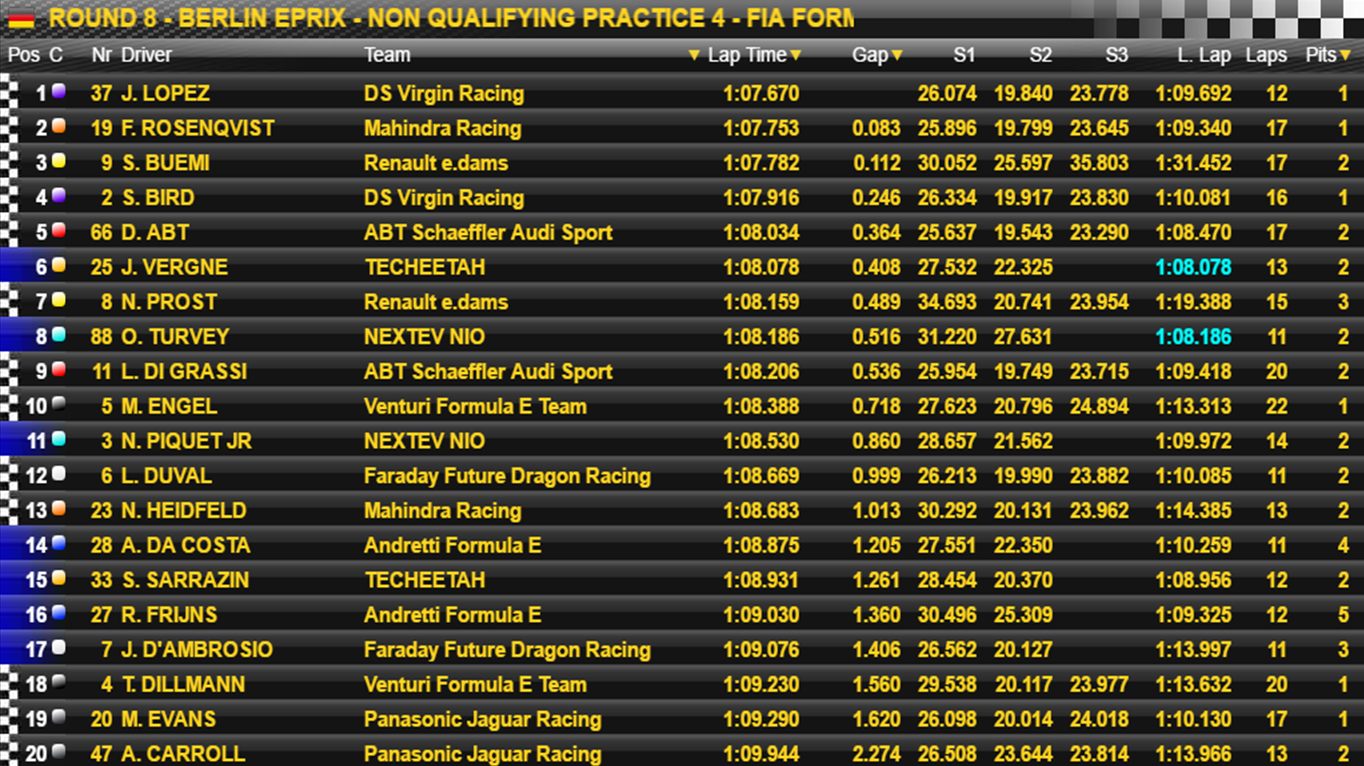 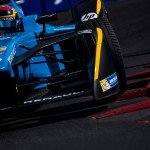 - << « Buemi gets second day in Berlin off to perfect start 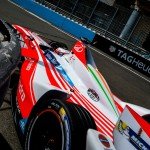