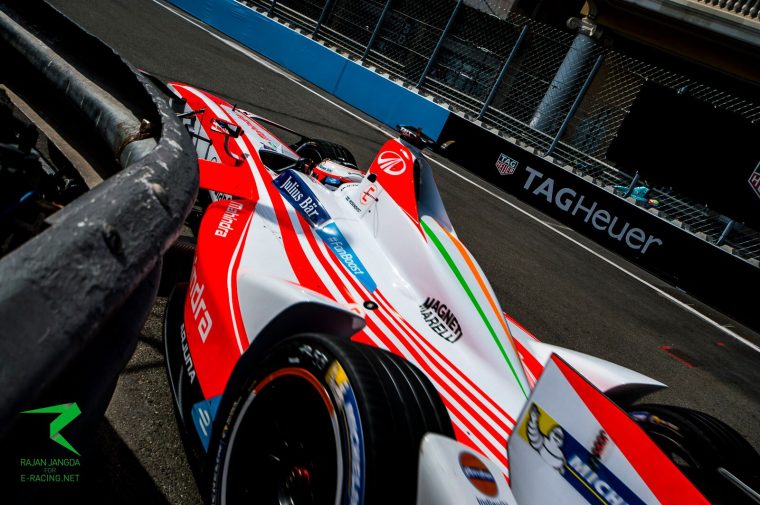 Felix Rosenqvist added to his maiden Formula E victory from yesterday by taking pole position for race two of the Berlin ePrix, his second qualifying triumph of the season.

Group one saw Rosenqvist put in a 1:08.035s to go fastest, while team-mate Nick Heidfeld suffered an issue with his car and pulled to the side of the track upon completion of his flying lap.

Maro Engel was half a second behind Rosenqvist in second, ahead of Stephane Sarrazin’s Techeetah and the NextEV NIO of Nelson Piquet Jr.

In group two, Daniel Abt did enough to take second place and provisionally book his place in Super Pole, before Sebastien Buemi managed to take the fastest time by 0.013s.

Buemi’s time was beaten in group three, with FP2 pace-setter Jose Maria Lopez putting in a 1:07.854s to move to the top of the timing sheets, while Oliver Turvey and Lucas di Grassi also took top five spots, pushing Abt and Prost out of Super Pole.

Panasonic Jaguar Racing’s Mitch Evans looked like he could have booked his place in Super Pole after coming close to Lopez’s time in sector two, but an average final sector meant the Kiwi could only manage P7.

In the final group, Sam Bird put in a stellar lap to go 0.049s faster than his team-mate to book his place in Super Pole, followed by Jean-Eric Vergne who put his Techeetah into third place.

Also in the last group were Faraday Future Dragon Racing duo Loic Duval and Jerome d’Ambrosio, along with the MS Amlin Andretti of Robin Frijns. All three struggled for pace and could only find grid slots in the bottom half of the table.

Rosenqvist kicked off proceedings in Super Pole, putting in a benchmark time of 1:08.208s. Buemi went next and was slower by a small margin of 0.098s, while Vergne locked up into turn three and compromised his run through turn four, down by half a second by the time he his the first sector timing split. The Frenchman ended his lap 0.895s down on the leader.

With just the DS Virgin duo left to run, Lopez went out aiming to build on his practice pace but suffered a bout of oversteer into turn six and could only manage a 1:08.454s, enough for a provisional P3with only his team-mate left to run.

Fastest in the group stages, Bird was the only man left who could take pole position from Rosenqvist. He was 0.002s down in the first sector but lost time in the middle sector and crossed the line to take fourth place and a slot on the second row.

The result means that Rosenqvist takes his second Formula E pole position and sets himself up for an assault at his second victory in as many races, with championship leader Buemi jjoining him on the front row.

DS Virgin lock out the second row with Lopez ahead of Bird, while the Techeetah of Vergne will start from fifth. 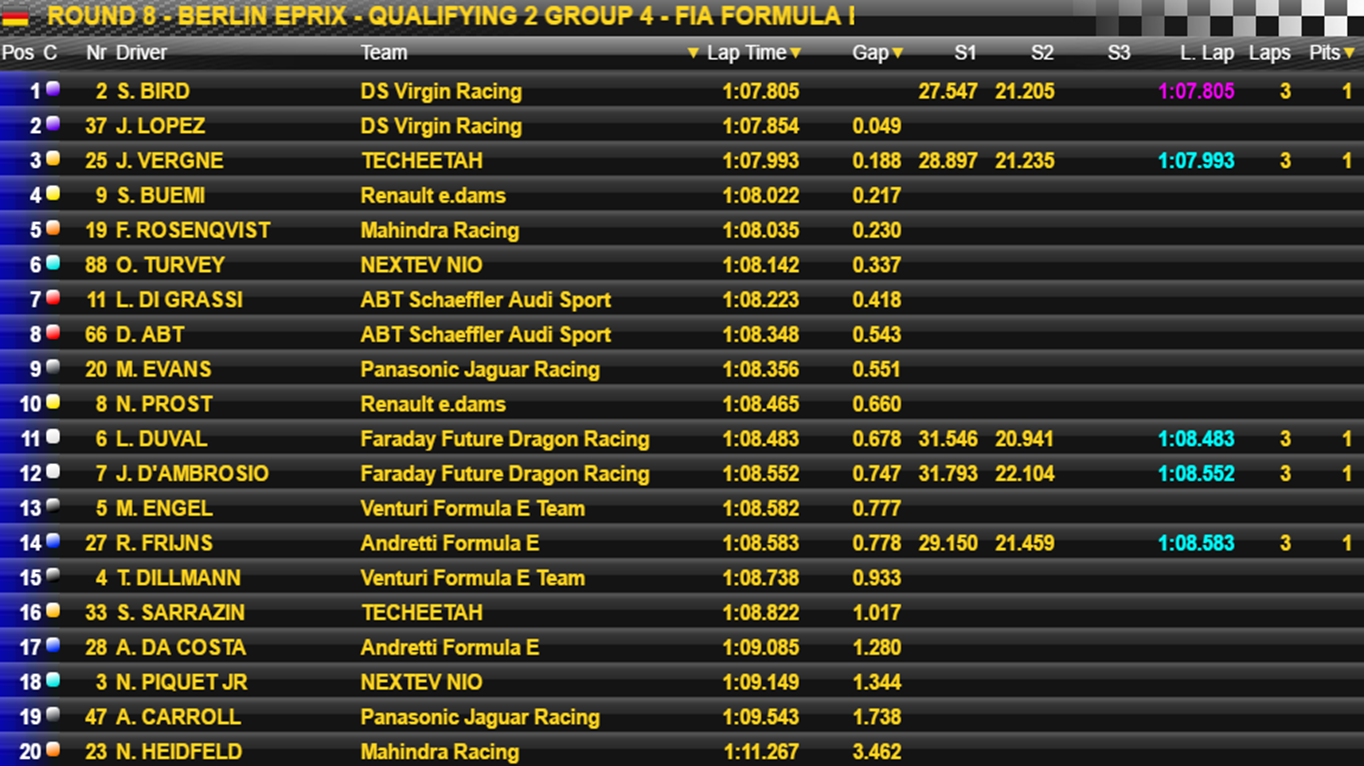 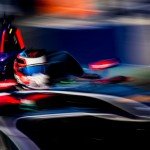 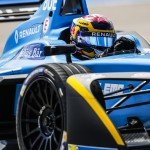