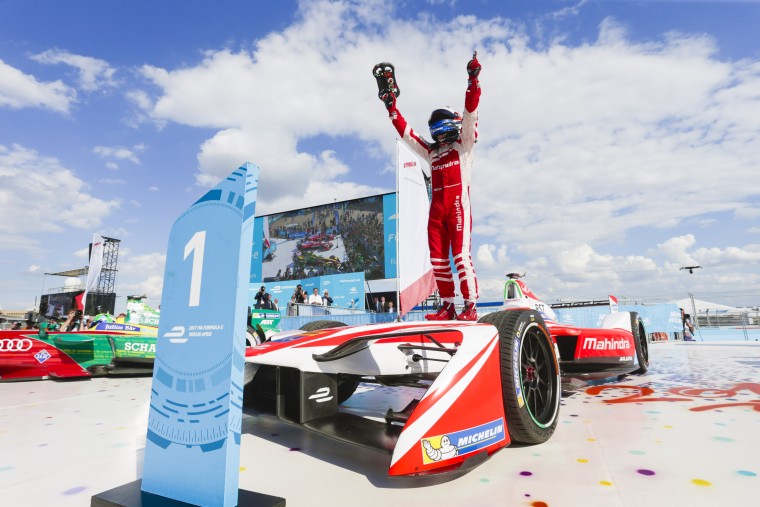 It was a weekend to remember for the Mahindra Racing squad, who established themselves as one of the teams to beat as Felix Rosenqvist took two on-the-road victories, one of them taken away by a penalty, while Nick Heidfeld continued to show why he is one of the fastest drivers in the series.

The Indian team locked out the second row for race one on Saturday, beaten only by Lucas di Grassi and Jose Maria Lopez. Lopez was slow off the line, handing second place to Rosenqvist who then chased down di Grassi for the lead, ultimately passing the Brazilian just before the pit stop phase.

Once the pit stops had been completed, Rosenqvist kept his lead over di Grassi while Heidfeld found himself in third place ahead of Lopez. This was the order they would stay in until the completion of the race, with Rosenqvist scoring his and the team’s maiden triumph, while a third consecutive podium completed a near-perfect day for the Mahindra team.

Sunday provided Rosenqvist with the perfect chance to make it a Berlin double as the Swede took pole position, but qualifying proved to be a trickier affair for Heidfeld as a throttle issue meant the German started the race in last.

Rosenqvist was doing everything right as he maintained the lead of the race ahead of championship leader Sebastien Buemi, but a pit stop blunder from the team saw both drivers almost collide in the pit lane, with Rosenqvist lucky to not lose the lead as a result.

The stewards inevitably looked into the incident and handed Rosenqvist a ten second time penalty, losing the Swede any chance of winning two from two in Berlin with Buemi staying right with him.

Rosenqvist crossed the line for an on-the-road victory, but with the time penalty applied fell behind Buemi and was officially classified second having done enough to build up a gap to di Grassi in third.

Meanwhile, Heidfeld had recovered from starting last to work his way up through the field, reaching the points by lap 13. Having been held up by the incident with his team-mate, the German got his head down and eventually crossed the line in tenth place, bringing home a single point.

“This is a historic milestone for Indian motorsport on open four wheels. An emotional day and so rewarding for our entire team, partners, fans and colleagues back in India and around the world. We are ready to do it all again tomorrow for the second race in this double-header weekend in Berlin!”

“There are so many positives from this weekend here in Berlin. It just goes to show that everything must come together for a win and while we were able to achieve that yesterday, a small mistake made the difference today. Felix did an amazing job both days, his driving was perfect and to put our dominant M3Electro on pole after winning less than 24 hours before was magnificent to watch.

“I will always be in awe of Nick as well. His progress through the field from 20th to the points was a master class in wheel-to-wheel racing. Now, as a team we will look forward to preparing for the final races of the season!”

Heidfeld showed once again in Berlin why he is one of the fastest drivers in the series, with Saturday seeing the German take his third consecutive podium and fourth of the season, cementing his place in the top five in the championship.

Starting from fourth on the grid, Heidfeld passed the DS Virgin Racing of Jose Maria Lopez off the line to move up to third, where he drove a controlled race to ensure Mahindra took its first double podium in Formula E, following home team-mate and race winner Rosenqvist, with ABT Schaeffler’s Lucas di Grassi preventing a 1-2.

Sunday was a day of highs and lows for Heidfeld, who encountered a problem in qualifying which affected the acceleration of the M3Electro, leaving the German in last for the race.

In what could be considered to be one of the drives of the season, Heidfeld expended more energy than those around him to move up into a points-paying position before saving like hell to be able to pit around the same time as his rivals. His progress was interrupted by a pit stop blunder with his team-mate, with his misery compounded by an unsafe release in the path of Nelson Piquet Jr in the NextEV NIO.

The team was handed a fine for the unsafe release with no on-track penalty being applied, allowing Heidfeld to complete his stellar drive from the back of the grid to a points finish.

“I am over the moon for the team and relatively happy for myself with another podium! I had another great start and gained a position going into turn one. In the second stint I had a lot better pace and could catch Lucas [di Grassi] but not quite overtake, so there are some mixed emotions. It is a big reward for the team.

“Also, I cannot complain about being on the podium! To top it all off we have another race tomorrow and it’s great to go into it knowing we have a good car. We need to keep calm and keep working hard, and hopefully get more of these results.”

“It was a disappointing day. I had to start dead last due to a sensor problem in qualifying that meant when I went on full throttle I had no acceleration and when I was off the paddle the car was accelerating. Our strategy was to push hard in the beginning of the race. I made up many positions and we were still decent on energy usage in the first stint.

“During the pitstop Felix and I nearly collided and as I knew Felix was in a good position I sacrificed my pitstop to help him leave the pits as quickly as possible. I could than again overtake some more cars in the second part of the race whilst having the best pace of the field. This is bittersweet and makes it even harder to swallow a P10 result with a reward of only one point.”

A day that will surely live long in the memory of the Swede, Felix Rosenqvist is a Formula E race winner.

The 25-year-old started the Saturday race from third on the grid and immediately moved up to second following a slow start for Lopez. Rosenqvist then chased down di Grassi for the lead and made a move before the car swaps.

With the pit stops out of the way, Rosenqvist managed his energy well and kept his ABT Schaeffler rival behind him to take his maiden victory in the series, a first for the Mahindra team as well.

Rosenqvist continued his strong form into Sunday by taking his second pole position of the season ahead of championship leader Sebastien Buemi.

He once again showed his tremendous pace by keeping a constant gap of a second to Buemi behind him, but fell foul of poor timing in the pit stops as he was released just as team-mate Heidfeld was on the way in, blocking Rosenqvist’s path.

He was lucky to keep the lead ahead of Buemi and went on to cross the line in first, but not before the stewards handed the Swede a ten second time penalty for an unsafe release, demoting the Saturday winner down to second and costing him the opportunity to pull off the double.

As a result, Rosenqvist now moves up to third in the standings with a great chance to make up ground to Buemi in New York, with the championship leader set to miss out on a potential 58 points due to a clash with the 6 Hours of Nurburgring.

“It’s finally the day where we won the race! It feels like it’s been a long time coming even though it’s only my first season in Formula E. It’s been just around the whole year! Today everything just came together. I made a small error in qualifying which put us into P3 on the grid, otherwise I think it was pretty much a perfect day! The cars were fantastic.

“As a team, we came into this race a lot calmer. At this point in the season we’re settling down into a rhythm with our procedures and this week we just felt like winners already – I think that made a big difference. It didn’t feel strange to be up there on the top step, we’ve had three consecutive podiums and it’s so rewarding for all the guys that have worked so hard. Everyone says that, but I see the hours that they put in everyday and so this one goes to them!”

“It was a very long and tough weekend! We kept our heads together and had a near-perfect run. We had a really, really solid car. I felt really good on the track and it would have been two wins in a row if not for the penalty. It was unfortunate to have the race end like that. It’s not what you want as a racer, you want the on-track result to be representative of the final result.

“Performance-wise, we are on fire. I believe I can extend the gap from Nico [Prost] for third in the championship and as a team we are closing in on second. We are the ones to watch at the moment ­– it’s a bit of a game changer!” 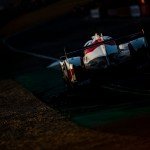 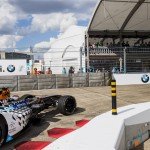