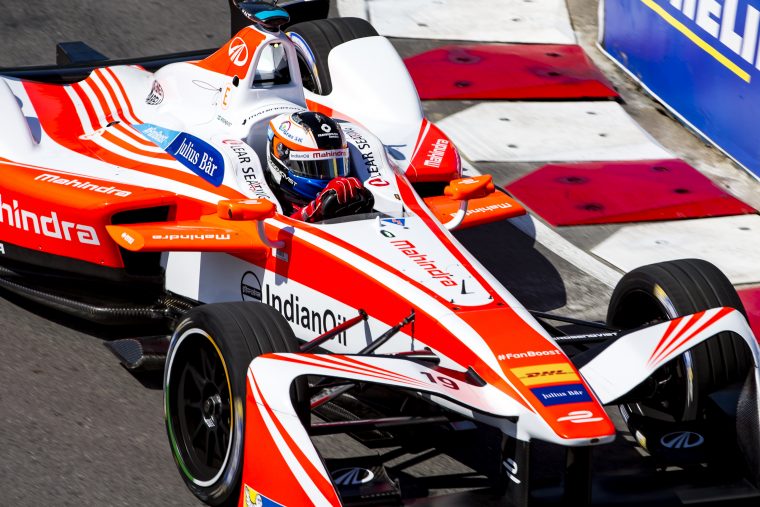 López was fastest with 1:23.313, closely followed by Duval. Buemi only managed to be third from the first five drivers, after a lock-up cost him his chance for Super Pole, or even a top 10 grid position.

Rosenqvist, Vergne, Dillmann and D’Ambrosio beat López’ Group 1 time, dropping him down to fifth and leaving championship fighter Buemi already out of Super Pole in seventh, with 10 more cars to go out.

Da Costa was the first one to go for his 200kw lap, but only taking eigth. Piquet and Sarrazin moved up to fourth and fifth respectively, proving the best two drivers from this group.

Last to go out on track in Group 4 were Lucas Di Grassi (Abt Schaeffler), Nicolas Prost (e.Dams Renault), Nick Heidfeld (Mahindra Racing), Sam Bird (DS Virgin Racing) and Daniel Abt (Abt Schaeffler). Bird took first place in his 200kw attempt, Heidfeld got up to fourth and Di Grassi took fifth. This allowed them, together with Rosenqvist and Vergne to Superpole.

Bird was the last driver on track for Super Pole, after two smashing first sectors dropped back in the last one, and only managed to be second.

Rosenqvist took another pole-position and three points for the championship, despite he can only battle for third position – one point behind Bird, starting alongside him in front row, followed by Vergne, Heidfeld and Di Grassi. 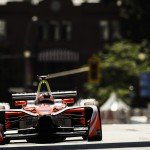 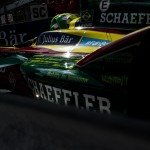