Franco Chiocchetti: “We are always fighting to the end” 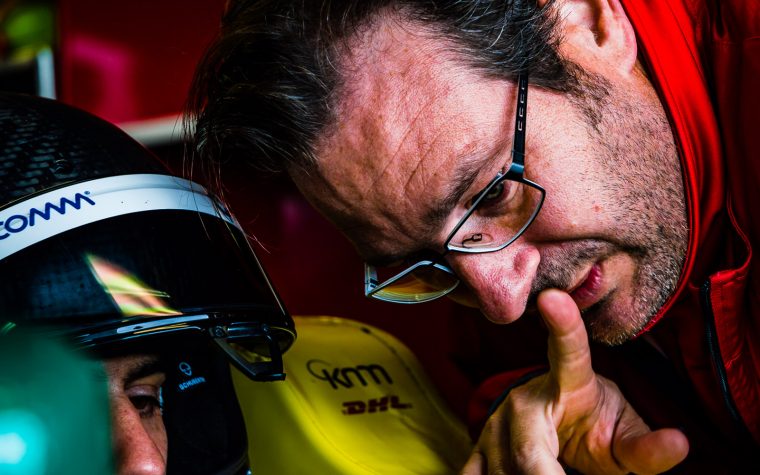 The third FIA Formula E Championship season ended with a victory for the ABT Schaeffler Audi Sport Team. Technical Director of the outfit, Franco Chiocchetti, talks about the team’s key to consistency and how ready they are to defend the title come season four.

When Lucas di Grassi was crowned the championship winner in a thriller of a race in Montreal last July, it was a breath of relief for the ABT Schaeffler Audi Sport Formula E Team. All that hard work had finally been rewarded. One man who is obviously elated by the win is Franco Chiocchetti, the Technical Director of the German team and Race Engineer to the current Formula E champion himself.

Having previously been involved in Audi’s DTM programme, Chiocchetti comes with a wealth of engineering experience: “I moved from South Africa to Germany in 2001 and directly joined the ABT Sportsline in the DTM project, we were then a private team up till 2003 and from 2004, we became an Audi Works team“, he says over a phone interview recently. Chiocchetti’s stint in DTM went on for over 13 years where he was involved in various roles from a Race Engineer to working his way up as a Technical Director, but when Thomas Biermaier, the Sports Director of ABT Sportsline asked if he wanted to take on a role in the Formula E programme, it’s not surprising that he jumped at the opportunity.

“We work hard together, we play hard together and we try to keep the team spirit as high as possible because when people are having fun they are also enjoying what they are doing.”

“I was not involved initially in season one, but when we had to design our own drivetrain for season two, they asked me if I was interested to take this responsibility and for me it was a step in the right direction. It was time to have a proper change. So, I started joining Formula E races, mainly joining meetings and catching up with the people involved and getting an understanding of what the requirements were for the new car“, he explains.

Ever since his involvement with Formula E, Chiocchetti has essentially been the driving force behind the team’s engineering and technical side of things, “I guess I have quite a special position because I do a double role on race weekends. I think, to be honest this is definitely possible in Formula E because it’s a one day event. Basically at home, I’m Technical Director and that means I’m responsible for all aspects of the team out of the car; from concepts to suppliers to being in full control of the engineering team such as prioritising which of the work needs to be done first and what are the next development steps. At the track, I’m also Race Engineer for Lucas [di Grassi, editor’s note], but at the same time I’m also leading the engineering crew. So, all final decisions which have to be made, I will have the final say. I have my group of guys, they will supply me with information and at the end we will discuss. So, basically I’ll try to make a decision and try to have everyone share the same thought process because that means everyone is pulling in the same direction.”

“In season two, we made huge steps through the season, not only in the development of the car, but also in the understanding. I think one of biggest factors for us is that the core team has been consistent. If you look at some of the other teams, there have been a lot of changes especially in the engineering personnel, but for us, the core has remained the same. Yes, we have one or two new faces, but the core has been the same, which is nice because we develop together and learn together and we are still learning,“ he says before adding, “Formula E is pretty complicated, it seems simple but it’s a lot more complicated than a lot of the other championships.”

Does he think the championship is bound to get even more complicated with other big manufacturers such as Porsche and Mercedes joining the grid soon? “I don’t think it will affect our team“, he responds. “The competition will get tougher and the budgets will go up. I think the good thing is, we will have a lot of manufacturers and there will be others who are waiting to enter. If you think about it, there are so many manufacturers who are not yet linked to Formula E. There are so many American and Japanese manufacturers that are not yet involved. Now that we are going in this big electrification direction, whether it’s correct or not, we don’t know but for now it’s going down this path so quickly and at the moment, everyone is wanting to join the rush. So, if one manufacturer leaves, then another one will come.”

With all the new competition stepping in, being at the top of their game is no cause to get too comfortable for the German team. Even the newbie on the grid, Panasonic Jaguar Racing have shown immense progress in performance in just their debut season. “We are a small group which is different to Formula One where where there are so many people and everyone is specialised on really small areas“, explains Chiocchetti. “But for us, we have a lot of overlapping roles and we have a lot of opportunity to understand the work that various specialist are doing and this makes it really exciting.“

“We have one advantage in that the battery has remained the same so we’ve been able to focus fully on the control without having to also focus on battery management and stuff like that and this has allowed us to make huge steps because we are learning all the time. There is not one day that goes by that we are not learning something and this is what makes it interesting. This is what gives us the motivation as engineers. An engineer is generally a person who wants to learn new things, that is what engineering is about and Formula E just keeps that motivation very high.”

How the drivers are performing is also a motivating factor for the team and both Lucas di Grassi and Daniel Abt have shown consistence this season. As a race engineer to the Brazilian, no other man knows him better when he’s in the car, “I think Lucas’ biggest advantage is that he’s able to adapt very quickly“, says Chiocchetti. “One really exclusive aspect of Lucas is that he has an extremely high technical knowledge and technical understanding. I’ve worked with many race drivers and they all have their own strengths but the amount of technical knowledge that Lucas has is not normal for a race driver. Because of this technical understanding, he’s able to adapt very quickly to unforeseen circumstances and this I think gives him an advantage compared to a lot of other drivers.”

That ability to adapt to pressure also mirrors on the team and their perseverance to still power through some of the toughest races we’ve seen this season: “I think an advantage for us is that we never give up, we are always fighting to the end. I mean, we came to Montreal with an attitude that we have a chance to win the championship but we didn’t expect to win the championship, but as long as we have a chance, we’re going to keep fighting and I think this is what you can see a lot from our team.”

“We’re really good when we’re under pressure. Even in Mexico last year, we were disqualified and we came back in Long Beach with a double podium with a victory for Lucas and third place for Daniel. In Paris, we made a lot of team mistakes and we didn’t have a good result but we came back pretty strong in Berlin, we didn’t win but we scored good positions. In New York, we were not so good, but we came back in Montreal and we won! So, every time we came down, we seem to come back much stronger.”

Their next biggest motivation is to defend their championship title, “I think this is definitely the goal for season four, when you’re at the top, there is only one way and that is to go down. For sure, Audi will be coming in, so we have a lot more support but this will not change a lot for the race team. I think our core team will stand the same, and with all the positives we have—this fighting spirit and this good atmosphere, good chemistry, good teamwork—should all stand. The consistency could allow us to achieve this goal of defending our title.”

Now with the championship title in their hands, all that hard work to make it to the top begins again come early October when the teams will undergo the 2017/2018 pre-season testing in Valencia. 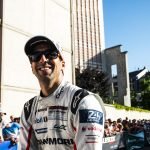 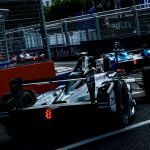