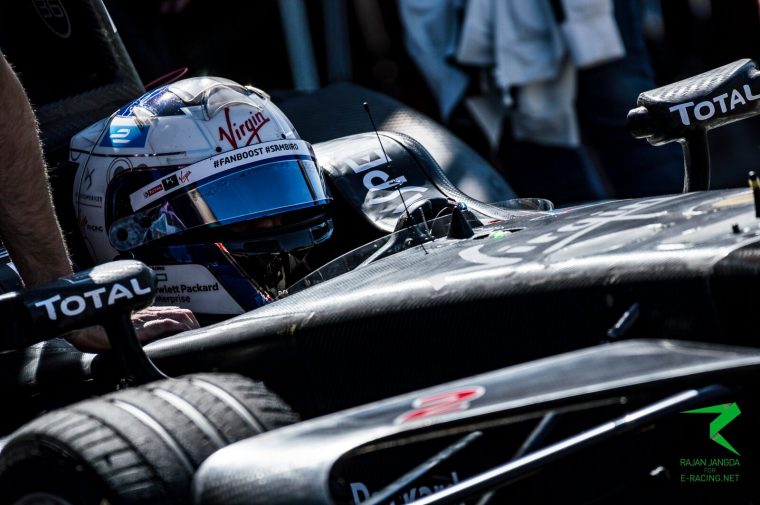 It was a race of dominance for Sam Bird, who has emerged victorious on the streets of Hong Kong, having maintained the lead following a drive through penalty while Jean-Eric Vergne and Nick Heidfeld battled for second behind him, the latter ultimately unable to find a way through.

Vergne led the field away from pole position and immediately came under attack from the fast-starting Heidfeld, who ultimately ran wide and dropped down to fourth but the red flag was soon thrown as Andre Lotterer went straight on into the wall and caused a roadblock behind him which included Mitch Evans, Nico Prost, Edoardo Mortara and Neel Jani.

The cars were called back to the pit lane during the red flag period, where the top three was found to be Vergne, Sam Bird and the NIO of Oliver Turvey, who had made the most of the carnage to stealthily sneak through into third from seventh on the grid.

The race got back underway under safety car conditions after a prolonged delay to determine the true order of the field, with Vergne leading away as the race went green again, but the Frenchman came under pressure immediately from Bird in second and had to go defensive.

It went from bad to worse for Felix Rosenqvist, who lost a number of positions off the initial start and later was spun around by an optimistic Luca Filippi, dropping the Swede down to 15th.

Jerome d’Ambrosio then suffered the first mechanical issue of the race as he pulled to the side of the track, but a reset of the car enabled the Belgian to rejoin the action, albeit a lap down on the leaders.

Lap nine saw Heidfeld attempt a move around the outside of Turvey into turn two, but the German locked up and ended up conceding fourth place to the following Daniel Abt, who made the most of the opportunity to move up the order.

Disaster struck for reigning champion Lucas di Grassi, who was forced to pit for a car change on lap 16 as a result of damage sustained from an earlier collision, before Turvey was hit with a mechanical gremlin and crawled back into the pit lane to swap to his second car.

Meanwhile it was still a close affair at the front as Vergne and Bird ran nose-to-tail with a gap of nine seconds to the cars behind. The action soon heated up as Bird started looking to find a way past and eventually got the move done as he forced his way down the inside of Vergne on lap 20.

This prompted Vergne to head to the pit lane for his mandatory car change, while Bird stayed out for an extra lap. This signalled the start of the car change phase, with Rosenqvist and Lotterer also heading in before Bird made a huge error in the garage as he locked up into his pit equipment, losing him a few seconds.

There was then drama for Sebastien Buemi as he car ground to a halt in the middle of the track, but much like d’Ambrosio earlier a simple car reset was all it took for the season two champion to get going again.

Amidst the chaos of the pit stop phase, the big winners were Maro Engel, Nelson Piquet Jr and Rosenqvist, who all rose up the order to fourth, fifth and sixth respectively, while a big loser was Abt who dropped from fourth place to eighth.

With Bird holding onto the lead despite his scary moment in the pits, Vergne dropped back into the clutches of Heidfeld and once again was on the defensive as the German looked for a way past. Bird was then handed a drive through penalty for the pit lane misdemeanour, but had built up enough of a lead to hold onto the lead by a mere few metres.

Behind the lead battle, Engel and Rosenqvist were going at it for fourth, the pair coming together into the chicane as the Mahindra pushed the Venturi, both lucky to not collect the barrier as they continued their fight.

With all the efforts made by Heidfeld to usurp Vergne of second place, it wasn’t to be as they flew in formation across the finish line behind race winner Bird, the sixth victory of his Formula E career. Engel completed a strong race to finish fourth, but was hit with a drive through penalty for energy overuse, which dropped the German down to 14th.

That promoted Piquet Jr to fourth place ahead of Abt and da Costa, while Rosenqvist dropped down the other towards the end and crossed the line in seventh, while Mortara, Alex Lynn and Prost rounded out the top ten.

The result means Bird leads the driver’s championship for the first time in his career, while DS Virgin Racing head the team’s standings with 27 points. 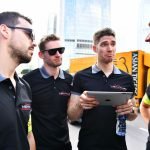 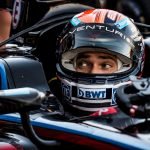