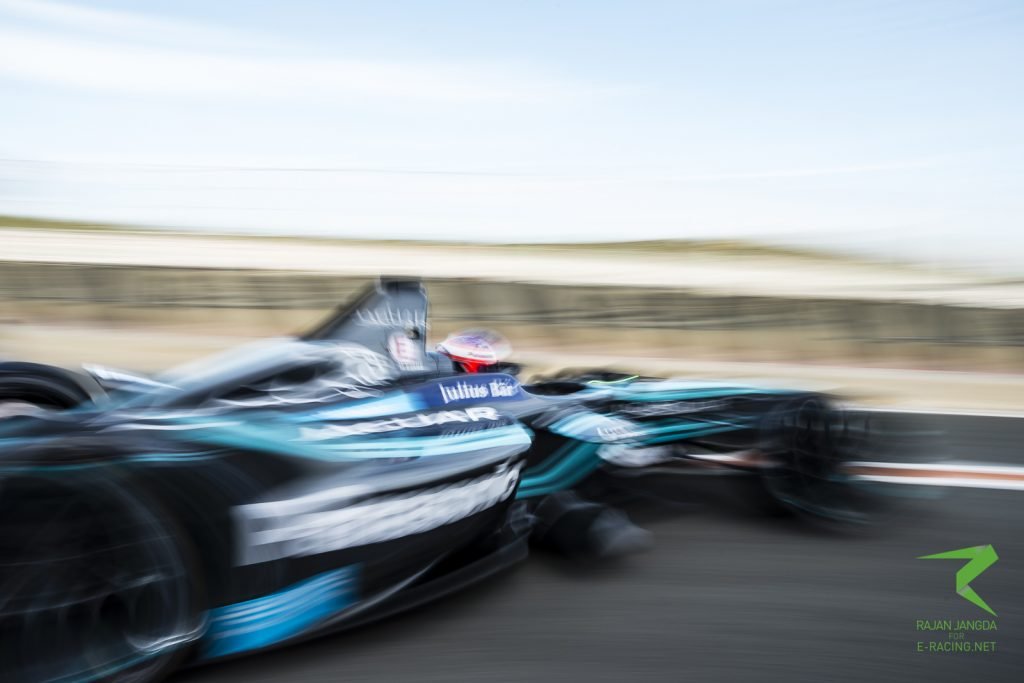 Many drivers were doing setup runs during the session, waiting until the end of practice to try 200kw laps, leaving Lucas di Grassi topping the times with a 1:03.166. However, a surprise final hot lap from Evans saw him take the top time – and the lap record for the Hong Kong circuit, with a 1:02.875.

Jaguar have fully rebuilt their power train since last season, following a somewhat messy debut. Speaking to us yesterday, Evans said that he had started last year’s Hong Kong ePrix knowing he would be unable to finish, his second car not running at all. To be topping session times is a fairly extraordinary reversal of fortune for the team, showing how much development has taken place over the single season they have contested.

After a slightly scrappy session, with multiple drivers Edoardo Mortara stopped on track, causing a yellow flag that with only just over three minutes left of the session meant the end of the session – and no representative 200kw laps for the majority of drivers.

Mortara had had no previous problems in Hong Kong but with Venturi suffering a disrupted testing, after bringing non-functional parts for one of their cars, it’s a non-auspicious start to his Formula E career.

Evans said that he was feeling good in the car – and that it had only improved since his second-place performance in FP1 – but that it was too early to predict the Jaguar’s race pace, saying afterwards “I’m feeling good but we can only take so much from practice.”

Second place in the session was taken by Daniel Abt, who had also followed Evans in FP1 – Abt and Evans both contested the GP3 title in 2012, with Evans narrowly taking the championship, could we be in for a potential re-run in Formula E? 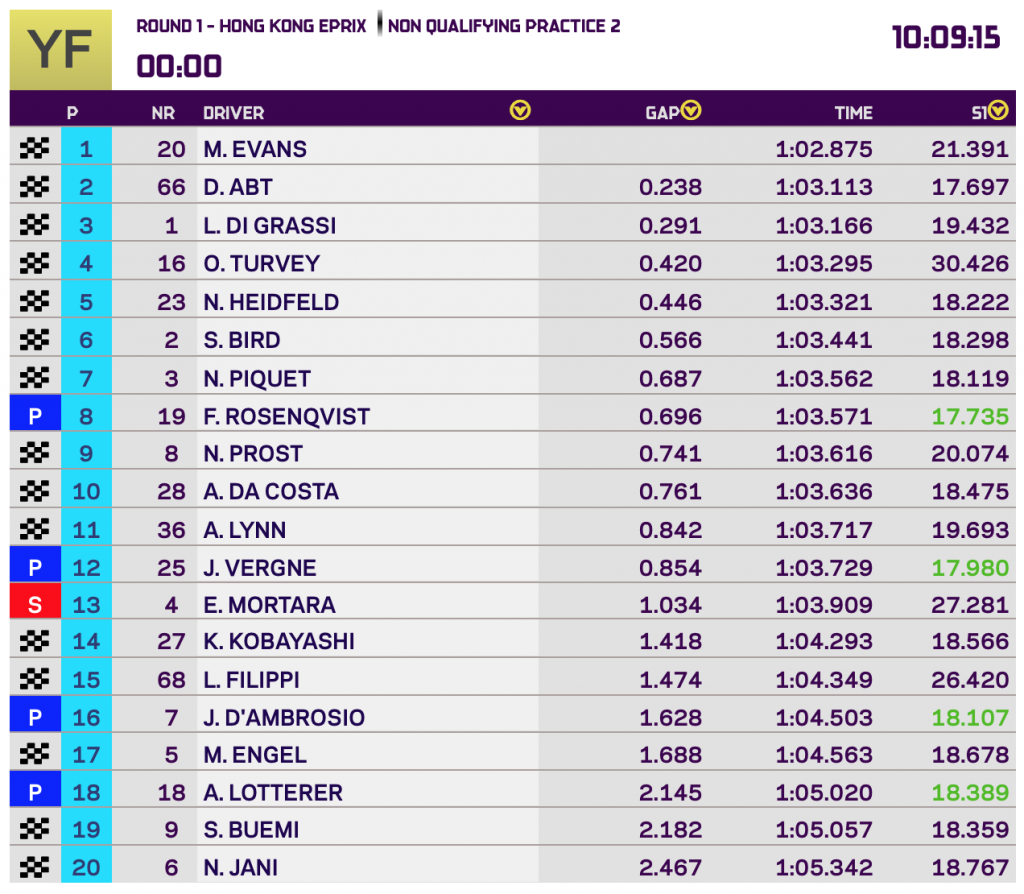 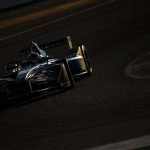 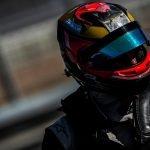