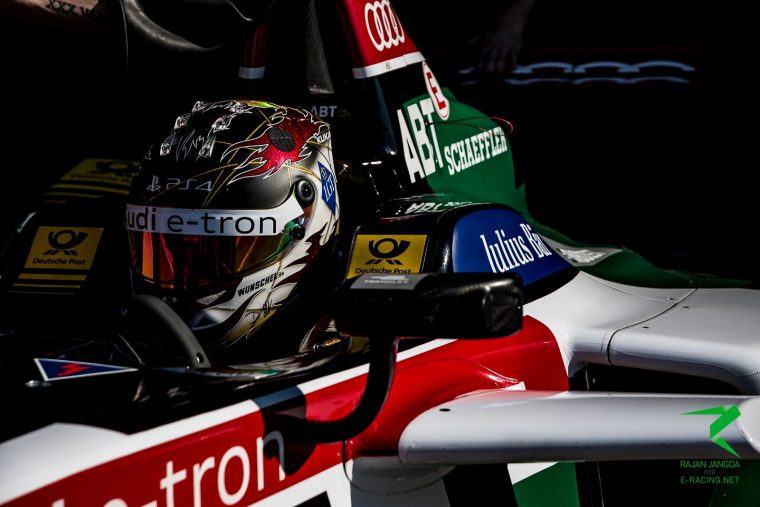 Daniel Abt has finally scored his first ever victory in Formula E, having benefited from a late spin by long-time race leader Edoardo Mortara to pick up a perfect 25th birthday present with 25 points. Pole-sitter Felix Rosenqvist span at the first corner, but put in a mega recovery drive to take second place ahead of the stricken Mortara.

There was drama before the race got underway as a technical glitch with the starting gantry delayed the start of the E-Prix, causing proceedings to get underway behind the safety car as the five red lights did not illuminate.

Starting from pole, Rosenqvist led the field away but span at the first corner, handing the lead to Mortara ahead of Abt. There was more action further back as drivers bunched up and traded pint, but everyone made it through safely.

We go green in Hong Kong for the second time! #HKEPrix pic.twitter.com/sG65hhXMrX

There was early movement in the top five as Antonio Felix da Costa made a move down the inside of Alex Lynn for fourth place while Sam Bird was making progress as he moved from 14th to ninth by lap five.

It went from bad to worse for the Mahindra squad on lap six as Nick Heidfeld pulled to the side of the track with a technical gremlin but was soon able to resume control.

The battle for the lead started closing up on lap eight as Abt looked to reduce the gap to Mortara, but the Swiss-Italian was doing a much better job with his energy management and started pulling the gap back out as they approached the pit stop phase.

In the midfield, Rosenqvist was wasting no time in moving back up the order, elevating himself from 11th to seventh by lap 20 and chasing down the remaining drivers ahead of him.

Following a period of energy management, the pit stops soon arrived but not before race leader Mortara found himself stuck behind Heidfeld who seemingly did not realise that he was being lapped. Luckily it coincided with the beginning of the pit stop phase and Mortara ducked in with 1% battery remaining, while da Costa and Lynn were able to stay out another lap.

Reigning champion Lucas di Grassi then became a cropper as his car stopped at turn six, but a simple reset was enough for the Brazilian to rejoin the action and make his mandatory car swap.

Amongst the drama of the pit stops, Rosenqvist somehow made the jump up to third place ahead of Evans and Lynn, while Mortara maintained the lead with a three second gap over Abt.

Mortara soon came under pressure from Heidfeld who was trying to unlap himself, with the race leader defending as if it was for position before being informed on the radio that the battle is not for position.

There were numerous mini battles throughout the midfield, most notably between race one contenders Sam Bird and Jean-Eric Vergne who spent much of the second stint running nose-to-tail, while Sebastien Buemi was also making progress as he endeavoured for a points finish having started last on the grid, finding himself in 11th with a handful of laps to go.

In a late major twist, Mortara was three laps away from a sensational maiden victory but endured difficulties with the regeneration and spun his Venturi out of race-winning contention at turn two on lap 43 of 45, handing the lead to Abt who went on to cross the line and score his maiden all-electric triumph ahead of Rosenqvist, while Mortara recovered to claim the final podium spot.

Evans scored his first points of the season with a solid drive to fourth ahead of Vergne and Bird, while Oliver Turvey, Maro Engel and Nico Prost drove quiet races to bring home points. Having ran as high as fourth earlier in the race, Lynn fell down the order towards the end but was able to hold onto the final point in tenth.

There was further drama as the race drew to its conclusion, Andre Lotterer found himself losing a fight with the barrier at the final corner, destroying the front right of his car in the process.

The result gives Abt the lead in the driver’s championship with 36 points, three points ahead of race one winner Bird who is a further two ahead of Vergne.

- << « Another qualifying disaster for Jaguar as Evans’ time deleted 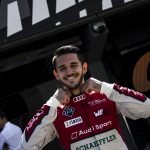 >> - Abt elated to prove himself with maiden win »