What’s in store for Roborace? 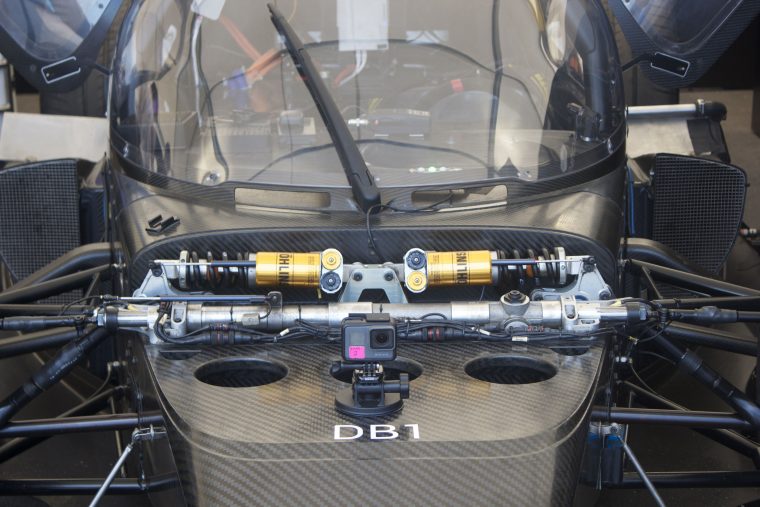 Just what can we expect from Roborace this season? Noor Amylia Hilda seeks to find out the answers to some of the big questions surrounding the autonomous racing series.

There’s not a toolbox in sight in the makeshift Roborace garage at the 2017 Formula E Hong Kong ePrix—not exactly the kind of setting you’d expect if you’re used to the conventional idea of a motor racing garage, but then again, Roborace is nowhere near your ‘normal’ idea of what motor racing is.

Especially today when I visited the Roborace crew just before the double-header weekend began as they were busy prepping Formula E presenter Nicki Shields before her run in DevBot. Shields will be competing against the autonomous electric race car to see whether human or machine will come out on top in lap times.

Although the plot sounds something similar to a blockbuster sci-fi feature – human competes with artificial intelligence to see who dominates – this is just part of the kind of entertainment and technological feat that we can expect behind Roborace and gives us a little bit of an idea of how much fun the future of autonomous racing can be.

“Now we’re trying to say that we’re getting the software up to a level where you can have a human competition.” Says Bryn Balcombe, Chief Technical Officer of Roborace.

“What we found out last year was that we can really engage with the public with our idea of an AI that could become as good as a human. There’s a long way to go, it’s not necessarily gonna win all the time and as the software gets better then we’ll increase the quality of the driver we’re competing against. Obviously we’re not racing Lewis Hamilton but it’s a place to start and to start long term discussions and we’ll continue doing these types of demonstrations.” 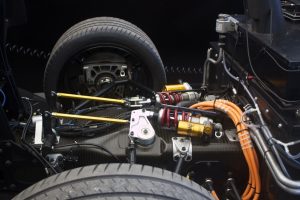 Roborace have recently released the footage of the battle between Shields and DevBot and with over 10k views and counting on Youtube, it’s definitely something that’s drawing lots of attention.

“I spent 16 years in Formula One and when I saw Roborace and what they were planning, it provides the perfect platform to take motorsport where it can’t go. A lot of the technology in Formula One is banned because it’s a driver aid and there’s a purity in the sport because it’s a human sport.” He explains.

“So therefore, Formula One can’t develop a road relevant technology as Roborace can. I saw that and I thought, ‘that’s great for the industry and for the safety,’ but there’s actually a lot more we can do with the data for media and entertainment experience.” He enthuses.

“It’s actually all of the things we want in Formula One but we can’t access to it because the data is owned by the teams and not owned by the promoter.” 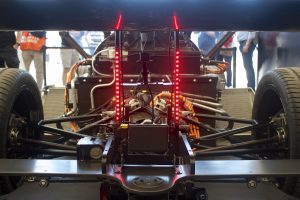 The British company have also recently appointed season 3 Formula E champion Lucas di Grassi as their CEO. Having an experienced driver to campaign for the future of autonomous racing is a way of saying that it’s safety and technology that’s approved by drivers themselves.

“Here compared to last year we have the brand new software inside DevBot using all of the sensors that we have on the car, particularly the machine vision and the LIDAR (Ed’s note: A type of remote sensing method using light detection to evaluate a surface area) sensors.” Says Balcombe.

“Now we’re able to run demonstrations without relying on GPS. Here in Hong Kong because of the skyscrapers, you end up with urban canyons which is when you can’t see the sky and you can’t see the satellites which makes your GPS just isn’t as accurate. So you can’t rely on that here, whereas in a circuit like Berlin, it’s very open because it’s an airfield so you can see the sky at all times.

“A lot of autonomous demonstrations that have been done publicly have been done with GPS, so here in Hong Kong, it’s about 50-50. So we’re able to run some parts of the track with GPS and some parts with the machine vision LIDAR and our algorithms to merge that data altogether.”

The two DevBots in the garage today look almost otherworldly but somehow Balcombe manages to explain the new tech inside the DevBots by making it sound simple and overwhelming at the same time.

“The computer we have inside the DevBot is NVIDIA. When we think about performance, normally you would say if you watch a Formula E driver it’s the car and it’s the driver skill. In Roborace, we have to split the driver into two different parts, so we have the car, which is the electric motors, we have the four electric motors, while Formula E only has one. So, we can do advanced complete control and then we have what is called the vehicle intelligence platform and the NVIDIA is part of that, it’s like your brain but we also have the LIDARs, the cameras and the radar which are like your eyes and your ears.

“So they’re kind of like part of the human, really but then your intelligence and your personality is the software and so all three of those things can affect your performance around your lap. It could be the way you use your torque vectoring, it could be how fast your computer can run or how good your machine vision cameras are, that will affect your performance or it can be your software and how fast you can process the data.” 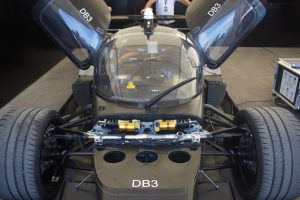 A big question that fans are keen to know is, will we see more on-track action with the Robocars racing against each other soon?

“I wouldn’t say head-to-head racing this year, I think more on competitive lap times as we have been doing such as humans vs robot or AI vs AI, we’ll see more of that this season and then hopefully Robocars towards the end of the year.”

Since Robocar, Roborace’s completely driverless vehicle’s first public run on the streets of Paris last May, audiences were underwhelmed at its low speed, but according to Balcombe, the lack of velocity is due to the nature of Formula E city circuits.

“When we’re at Formula E tracks, we’re actually limited by the circuit and circuit infrastructure, so we run within a restricted environment and the tracks are designed so the cars don’t go very fast outside of that. For the Robocar itself we need to do the development work to show that it can run up to about 200mph, that’s all of the simulation work we’ve done so far in this case.”

Racing purists may scoff at the idea of programmed racing cars taking over the jobs of human drivers, but there’s more to it than that, assures Balcombe, “I think at the moment we need to be much clearer with what Roborace is. For the traditional racing fan, I think they believe that Roborace will be Formula E but without drivers and that’s not what Roborace is about.

“Normally the public would say watching traditional motorsport without humans would be; number one boring, because there are no personalities to engage with and number two; they believe that the software will be identical and therefore it will just be a procession and then the software will need to be saved so there will be no overtaking and no accidents, so you kind of think that all the things that you love about motorsport, they’ll think that with Roboracing, it disappears.

“For us, it’s actually the opposite,” assures Balcombe, “we can actually do things that are much dangerous than any other motorsport. We actually believe that we have events in the future that will be city streets where the streets are filled with traffic with trucks, buses, cars, vans, motorbikes and the competition is to race head-to-head through the traffic.

“So, now the challenge is a lot more complex, it’s much more like a street race, or a police car moving through a city street and less about following another driver very closely but more about how you judge the traffic so there’s no optimal racing line. You can’t pre-plan the environment because the objects will be at random. It’s much more relevant for the road industry and it’s much more compelling to watch because now you have a 60mph truck and a 200mph Robocar and you could never put a human in that level of risk, so visually, it should be a lot more compelling.” Says Balcombe.

“That’s what we expect and then we fully expect that the teams that compete will create personalities that go in that car. It’s going really well at the moment, I think it takes time to work with the industry on this proposition about the race format which we’ve done in the last year to define what it is.”

Autonomous racing might be something racing traditionalists would need time to get accustomed to, but Roborace sounds like they’re going in the right direction to make a sport that’s relevant for the future while putting on a good show for the fans which, arguably can be said to be a refreshing addition to the current motorsports scene. 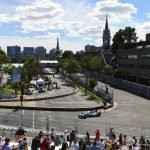 - << « Mayor Plante: No return to Montreal “under these conditions” 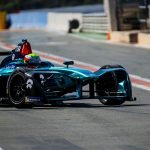