Buemi returns to the top spot in dramatic Marrakesh qualifying 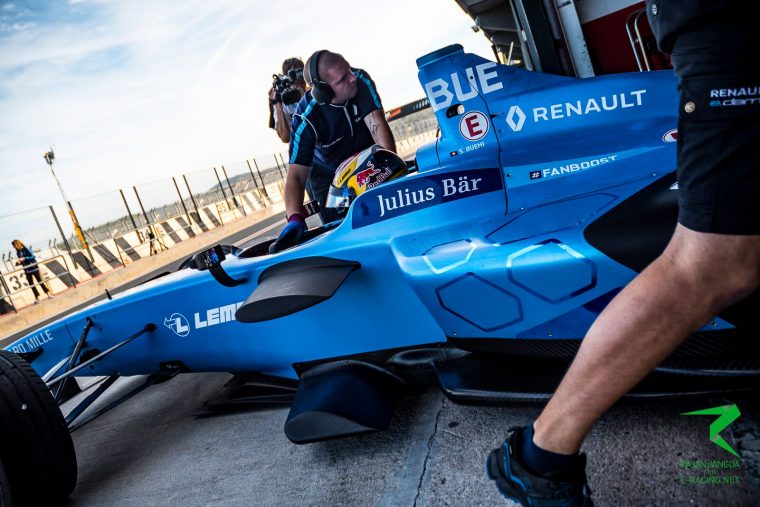 It might seem strange, for an ePrix taking place surrounded by the sands of the Sahara Desert, but this year’s Marrakesh event is one of the coldest Formula E have ever had. Cold fog rolling in from the Atlas Mountains made a dusty track moist – with slides and crashes disrupting the session as Sebastien Buemi returned to pole position, his first since Paris last season.

Under new qualifying rules, groups are picked by championship standing – then the order of the groups is randomised, so that neither the leaders nor the losers are always out first. The first out were, nonetheless, the drivers lowest in the points, in the traditionally tricky Group 1.

With a very cold and damp fog rolling into the circuit, reducing visibility to about 150 metres and dropping temperatures to 12C – making this the second-coldest ePrix ever, after Paris 2016.

In theory, colder conditions can be helpful for Formula E as it becomes easier to manage battery temperature but a slippery track, even at the Circuit Moulay el Hassan where there are unusually generous runoff areas for a street circuit, is no one’s friend over a hot lap.

New-to-Formula-E driver Tom Blomqvist made his qualifying debut in tricky conditions but managed, despite a brush with the wall that left some tatters of a banner in the back right wheel fairing, to take third in the group, while D’Ambrosio continued to struggle with his Dragon car, despite new-to-the-team driver Lopez coming second in the group.

Group 2, made up of championship midfielders Malo Engel, Alex Lynn, Nico Prost, Luca Filippi and Sebastien Buemi, did not seem to see the improvement to the track that has usually taken place as qualifying progresses. Already an unusual circuit situation, with continuing fog, Buemi said that teams were trying to remain in the garage as long as possible, causing crowding on track as all the cars went out at once – and that he was largely unhappy with his lap, despite it taking him into Super Pole contention.

Group 3 saw the first disrupted session, as a few near misses in the earlier groups turned into a disaster for Nick Heidfeld. Sam Bird, Jean-Eric Vergne and Felix Rosenqvist set times early in the session, with Rosenqvist beating di Grassi’s time to take the fastest lap of the session, a new record a 1:20.115.

However, Edoardo Mortara suffered a repeat of electronics issues in his Ventur, which had struggled during the morning free practice sessions, stopping on track and only just getting to start a new hot lap before the chequered flag. Heidfeld seemed to be in similar difficulties, although both recovered to strong sector times on their final laps until a heavy slide into the barrier at Turn 11 ended Heidfeld’s lap and yellow flagged Mortara behind him, the retrieval of the Mahindra car causing a delay to the following group.

With a large amount of water spilling from the tyre barrier at Turn 11, the track continued to deteriorate into Group 4, where Mitch Evans, Nelson Piquet Jr, Daniel Abt, Antonio Felix da Costa and Oliver Turvey all failed to set Super Pole eligible times.

The session turned dramatic when, after the Jaguar drivers set early times, Da Costa crashed heavily at Turn 7 and the session was red-flagged. Abt and Turvey were allowed to attempt their runs again, with only one out lap and one full-power run each but neither could improve enough to make the top five.

Consequently, Rosenqvist, Di Grassi, Lopez, Buemi and Bird made up Super Pole – a result surely the Dragon team could not have expected to see after a miserable outing in Hong Kong. Errors by Rosenqvist and Di Grassi saw both lose time, unable to match the lap set by Sebastien Buemi. Di Grassi in particular appeared to be struggling with the car, limping at slow speed back to the garage following a lap he could do no better than fifth place with.

Taking pole position in Marrakesh ends an eight race drought for Buemi, as well as bringing him his first point of Season 4, ahead of repeat rival di Grassi who also left Hong Kong with nothing to show. Following a weak showing from both of them to start the season, out qualified and outscored by their teammates, the race today could see them return to form. 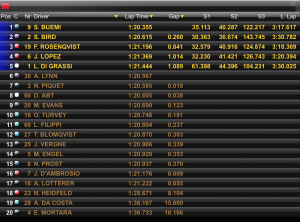 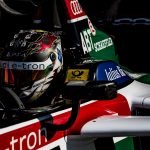 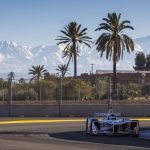