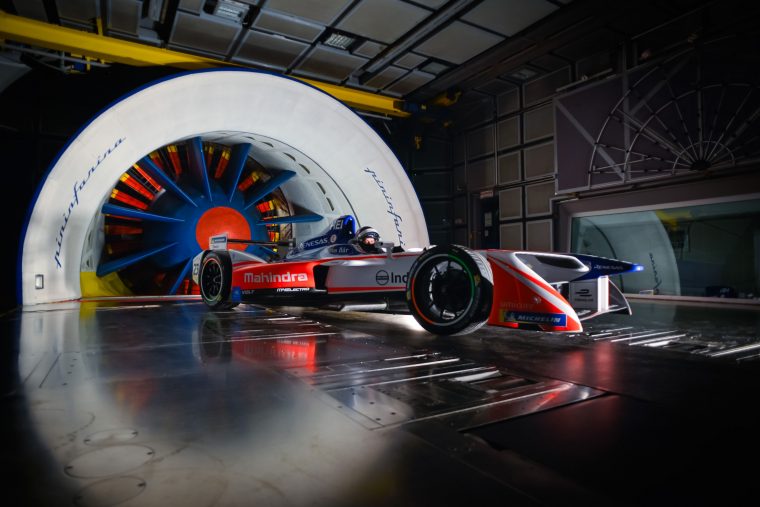 Pininfarina might not be a brand you can instantly place – but you know their cars, their aesthetic and what Nick Heidfeld described as a feeling like the same passion he has for art or food, an experience so beautiful it’s almost hedonistic in its execution.

Season 4 Championship leaders Mahindra have announced a new partnership with Italian car makers Pininfarina, known for their classic design, iconic vehicles and for the way they revolutionised aerodynamics in motorsport. Now, with Mahindra Tech, they’re moving into Formula E – as Formula E is hitting its design stride.

At the Pininfarina factory on Tuesday, a group of journalists gathered a little nervously in the gallery – not afraid of what was going to be announced, which could only be a good thing but with the knowledge that we desperately wanted every vehicle in front of us.

A Ferrari Testarossa might in some ways seem like the furthest thing from a Formula E car; 12 gargling cylinders breathe roaring life into an engine designed for the excesses of the late 20th Century, not the stark reality of 2018.

And yet it’s the kind of car that even the most hardcore electric vehicle fan can’t help pining for, just a little – even I, a known Ferrari hater, had a moment where I nearly reached out to run my fingers over the flip-up headlights in the bonnet, forgetting I was in a museum because the sharp curves were so impossible to resist. Clearly engineered, the aerodynamic lines – developed in Italy’s oldest wind tunnel – are that moment of perfection,

Any Formula E fan knows what people who aren’t think about it – they seemingly can’t resist telling us. The noise, the sexiness, the heat is allegedly missing – the sort of hazy, dreamy inspiration that you think of when you think of Le Mans, that makes drivers turn misty-eyed when they speak about the Nordschliefe, that makes Formula 1 subject of film after slightly inaccurate film.

Some of motorsport’s vast calendar plays into those aesthetics; this year, Formula E misses the Principality in its world tour because the Classic Grand Prix takes that weekend, old F1 cars filling the streets on slim, shaky wheels, pre-cooling-system engines ticking and humming, struggling for torque up the hill to the Casino. It will smell of oil and have all the magic of any Monaco event, wrapped in the mythology of the sport we all love.

Formula E is the bleeding edge of technology – a powertrain is fundamentally a bigger, tougher MGU-K, the battery management a challenge more than ten times F1’s, by weight alone. The allure for a research and development facility obsessed with perfection is obvious; that’s why so many manufacturers are pounding at the doors of the series. But Pininfarina don’t just make technologically advanced cars – this is the start of Formula E being sexy.

With low downforce, unpredictable surfaces, close racing that often damages cars and drivers doing maths about regen in their head half way round a lap, it wouldn’t be unfair to say that some of the uphill struggle to convince people Formula E is good is that, well, we’re a little bit nerdy. We know the cars are good – we know the racing is amazing but that’s not what anyone high on petrol fumes sees or hears, the line that nothing short of a V12 could ever be a real race car too firmly embedded.

Electric vehicles, pretty much by definition, tear up the rules of classic cars – and they’re cool but the urgency to replace what’s gone before (and it really is urgent – the first snow on the Sahara in 40 years froze the Paddock in Marrakesh, a grim reminder of climate change) means that we mostly have to talk about must, not lust. Pininfarina make cars you pine over.

With Formula E’s Season 4 rebrand and the strong identity the series has been quietly building over the course of its short life, alongside specific team’s efforts (in particular Mahindra) to emphasise the design of the series, not just the technology, this new partnership might well just be the Clark Kent phone booth switch. It’s not that we’re getting any less nerdy, it’s just that we’re going to look really cool while doing so. 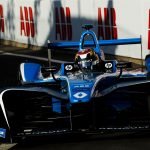 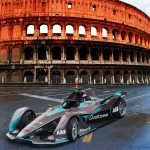