When in Rome: Rosenqvist rules the streets of the Eternal City 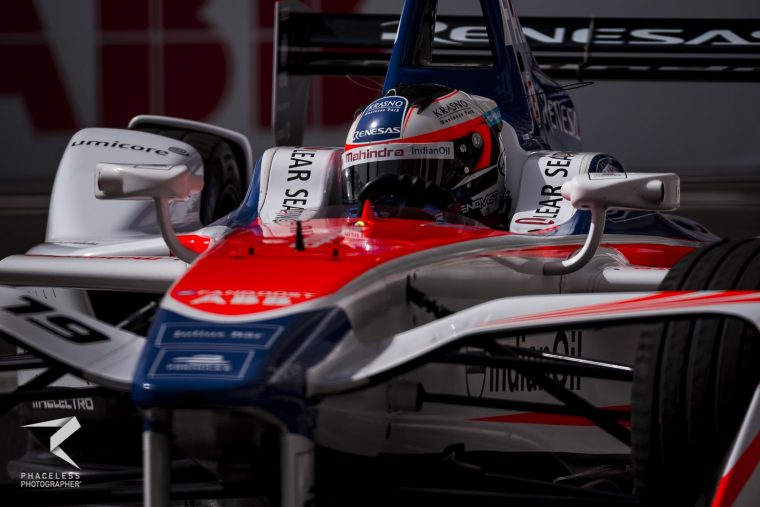 Formula E meets the Eternal City of Rome: Following two eventful free practice sessions, fans were in for a treat when it was time for qualifying. Felix Rosenqvist topped the time sheets following a great performance while a bizarre incident resulted in Antonio Felix da Costa and Jose Maria Lopez not taking part in qualifying.

Maro Engel (Venturi Formula E), Nicolas Prost (Renault e.dams), Jerome d’Ambrosio (DRAGON), Tom Blomqvist (MS&AD Andretti) and local hero Luca Filippi (NIO Formula E) were the first drivers out on track. Even though a few of them made light contact with the walls, it was a rather quiet session that ended with Blomqvist on top. Engel and Prost followed the Brit with a gap of more than half a second, while d’Ambrosio and Filippi were not able to put in their 200kw-lap as they did not cross the start-finish-line in time.

Next up was the group of death including current championship leader Jean-Eric Vergne (TECHEETAH), Felix Rosenqvist (Mahindra Racing), Sam Bird (DS Virgin Racing), Sebastien Buemi (Renault e.dams) and Nelson Piquet JR (Panasonic Jaguar Racing). All of them showed an aggressive performance in the fight for the fastest time, and Rosenqvist did it best, crossing the line with an impressive 1:36.683s. Buemi, Bird and Vergne were able to put up with the Swedish driver and saved themselves a provisional place in the Super Pole shootout. The unlucky one was Piquet JR who struggled with the track characteristics and missed out on a place within the top-5.

On the edge, the drivers made contact with the walls a few times. While di Grassi was nevertheless able to secure a place among the five fastest drivers while team-mate Abt missed out on the Super Pole shootout. Mortara was not as lucky as di Grassi and broke his suspension when he hit the wall and was thus not able to fight for a top five position, crossing the line in P12. Evans also made the jump into the provisional top-5, kicking out Vergne, while Turvey missed out on a position among the top-5 by a hairsbreadth.

Before the fourth group was able to go out on track, there was a lot of action in the pit lane. Lopez (DRAGON) had to switch to his second car after a minor collision with the MS&AD Andretti of da Costa. As his second car was not ready yet though, the Argentine had no way of competing in qualifying just like da Costa. Meanwhile, Nick Hedifeld (Mahindra Racing), Alex Lynn (DS Vrgin Racing) and Andre Lotterer (TECHEETAH) took on the track. And it was time for a surprise as Lotterer went around the track faster than any other driver following a superb third sector, securing the provisional pole-position.

Evans was the first driver to leave a mark in Super Pole. He showed a solid performance but could not match the times seen among the fastest five earlier on. Bird followed the Panasonic Jaguar Racing driver and gave it his best shot, getting intensely close to the walls without making contact. In the end, it was enough to beat Evans, especially due to his strong third sector. Season two champion Buemi was up next. The Swiss did not risk as much as Evans and Bird before, and also lost some valuable time in the hairpin. Therefore he did not manage to keep up with the others, coming in third for the moment.

Current runner-up Rosenqvist quickly established himself as the driver most likely to take pole-position as he was already fourth tenth up on Bird following the first sector. In the end, he secured the provisional first place on the grid – but he had to wait for what surprise-man Lotterer would be able to achieve. But even though the TECHEETAH driver showed another convincing performance, he crossed the line in P4, while Rosenqvist collected three additional points for pole position. 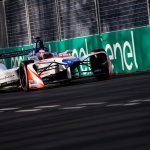 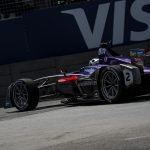