McNish: “Spirits are high, we’ve got a good feel” 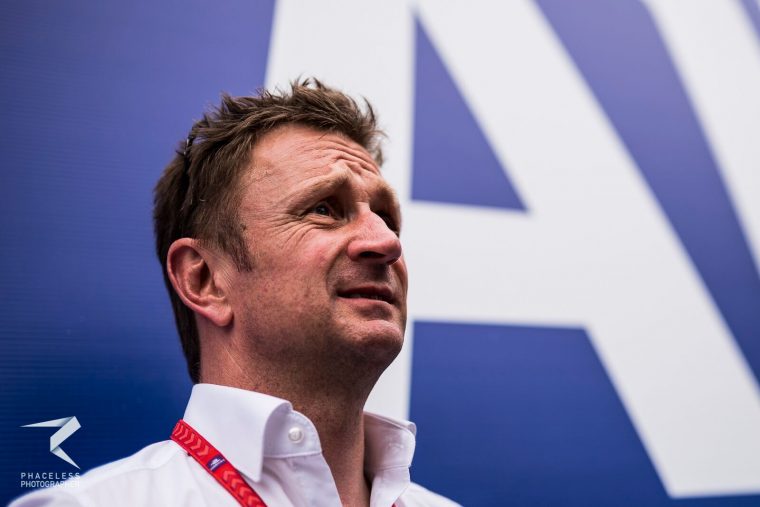 Audi Sport ABT Schaeffler endured a difficult start to their campaign, with reigning champion Lucas di Grassi not picking up his first points until Mexico City while Daniel Abt was disqualified from victory in Hong Kong.

At the helm of the German squad is Allan McNish, three time 24 Hours of Le Mans winner and 2013 World Endurance Champion, who took over as Team Principal before the start of season four.

Noor Amylia Hilda sat down with the Scotsman in Rome, talking on his expectations for the remaining rounds of the season.

How confident are you on Audi’s chances of winning this season?

“There’s two championships, there’s the driver’s championship and the team’s. I think from Lucas’ point of view, after Santiago it was not easy and with Daniel at the last race in Punta, if he’d finished third, which was where he should have finished, then he would still be in the fight but the gap is too big.

“But in terms of the team’s championship, yes, that’s still possible but I’m not looking at it, in all honesty. Right now, I would say we are down two or three points but it’s not a focus point. The focus really is switched to each race, to try and build it up and make sure that operationally we’re perfect.

“Reliability wise, I think we’ve got it sorted out and there’s always a little bit of a movement where the races are. You can never really predict, but I think we are in a good position now to try and be consistently at the front and we’ll see what happens.”

“The first few races, it was just like jumping into a fire. Each one was a different thing and that’s the way racing is, some of it was our making and some of it wasn’t and you’ve got to live with it.

“We can’t open them up to look, so technically it was very difficult and a longer process to analyse where we were and what we need to do. At the same time, there was frustration, naturally in me, the drivers and everybody else because the cars were quick and we knew that and both drivers knew it but we just couldn’t get the result.”

What are your thoughts on the last couple of races in South America?

“For me, the Punta race was very important for Lucas. He finally got back on the podium and it was the first race without a problem. In Mexico he was superb, but he had the penalty from Punta and that’s where it’s a difficult championship.

“For Daniel, Mexico was the key one. Because of what happened in Hong Kong and he got it in Mexico, and he kept it. I could feel it with him as well. I was holding on to the trophy thinking, “No one is taking this from me, it’s mine!” So, both of those situations I think lifted everybody so it’s a bit easier now, but you know every weekend, something can change.”

What’s the mood in the garage at the moment?

“Spirits are high, we’ve got a good feel for the car, I think we understand it quite well. It’s not that we’ve had a problem with speed, we had problems with other things and you’ve always got to be keeping aware of things but what is difficult honestly, is when you have a very good performance but you don’t get the result, that’s what’s hard and it can happen.

“We’ve got tough competition and we go to new circuits, such as here. We’ve got no idea, no feel, so we’ll see today how it goes and in Zurich it will be the same thing. In Berlin we already know, it’s rough as hell, the circuit really causes tyre degradation and energy and everything else but we understand it. So, this is going to be quite new for us. Also, we’ve got our CEO Rupert Stadler here, so we’re on our best behaviour!”

What are your expectations for the remaining races left on the calendar?

“I expect we’ll have a strong fight with the same people. Clearly, JEV has got his tail up because he’s leading the championship and Mahindra have dropped off a bit within the last two races but I think they will come back. Look at Berlin for example, last year they were super strong and I expect (Sebastian) Buemi to be there.

“The good thing from our side, if I look at all those guys, we’ve got two drivers that I think are delivering in a more consistent level, while everybody else is just one driver. And that’s been one of the things we worked on last year, trying to get both cars up there fighting.

“I think we’ve been able to achieve from both our drivers are competitive, they both want to win. But what I’m expecting is that we’ll have those contenders and then they’ll be one or two every race, different ones coming in and out.”

Who do you think is the team’s closet rival right now?

“I would say the other 18 people on the grid. I mean, look at the first race in Hong Kong with Venturi. They were so close to winning, I felt so sorry for them. It was heartbreaking, but it was to our benefit, so we take it. But we’ve got a deal with whoever who finishes higher, they’ll buy the coffees and the croissants, so I’d be quite happy to pay for the coffee and croissants for that one!” 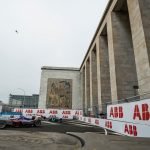 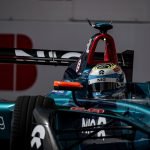