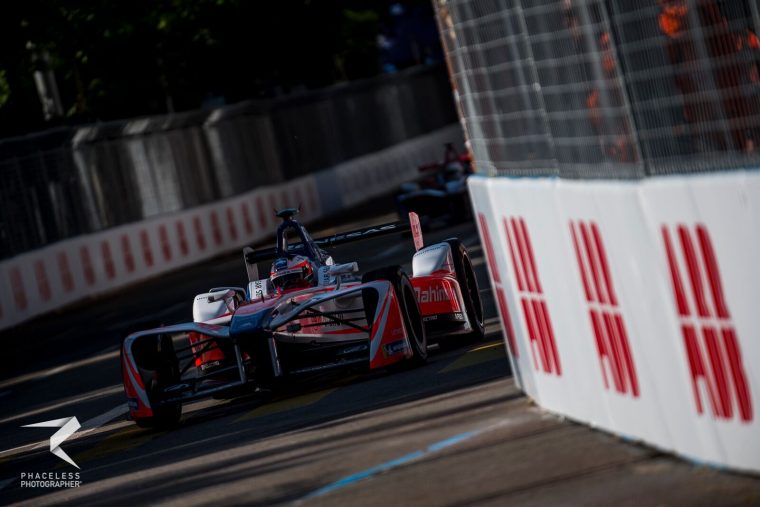 Felix Rosenqvist put in the fastest time on the bumpy and demanding Zürich circuit ahead of Mitch Evans and the Dragon duo of Jerome d’Ambrosio and Jose Maria Lopez, while turn three proved to be a prominent spot for incidents with excursions for multiple drivers.

The eventful 30 minute session was punctuated by a number of incidents, more notably for local favourite Sebastien Buemi who span his Renault e.dams at turn three and damaged the rear section of his car. topped by Mahindra’s Felix Rosenqvist who topped the times with 1:12:207 with Jaguar’s Mitch Evans behind 0.054 and Jerome D. Ambrosio of Dragon Racing behind by 0.358.

Meanwhile, turn three was a further source of incidents in the session, as NIO’s Oliver Turney prompted a yellow flag incident early on after running off the track, although he managed to resume the session without any damage.

Another Brit, Alex Lynn of DS Virgin also faced problems at turn three after running off the escape road.

Jaguar’s Mitch Evans looks on good form this weekend and tops the early part of the session before Mahindra’s Rosenqvist set the best time with about 10 minutes left in the session, but had issues of his own as he became another victim of the turn one escape road, followed in by Lopez in the Dragon.

d’Ambrosio managed to find his pace and put in a good lap, leading him to third place and completing a strong session for Dragon as both cars finished in the top four.

Nico Prost and Andre Lotterer also had an incident after the Techeetah driver hit the back of the Frenchman at the hairpin, breaking the Renault e.dams’ rear left wheel pod and also dislodging the rear wing, which came loose later on in the lap.

Late in the session, Lopez crashed after locking his rears into turn one but thankfully, managed to escape unhurt and with minimal damage to his car before going on to end the session fourth.

Qualifying is set to begin at 2pm local time. 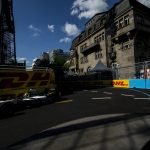 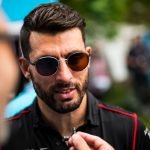