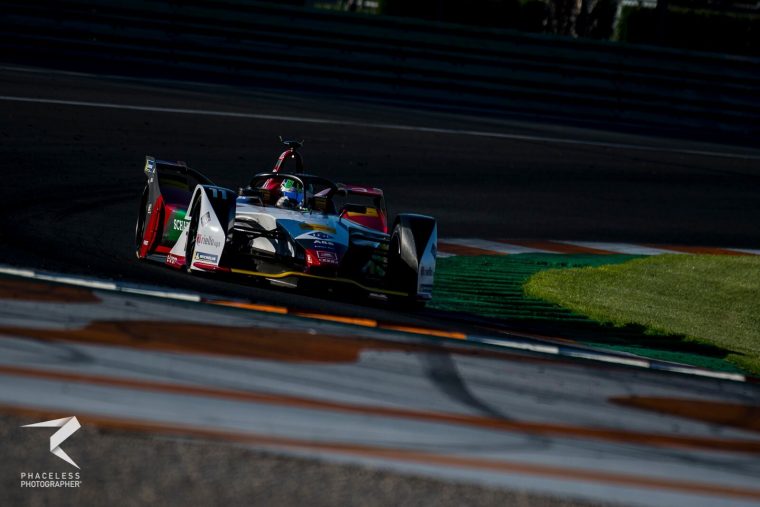 Lucas di Grassi came out on top in a thrilling simulation race which saw positions change down the field on the final lap as drivers tried to make their single-stint batteries last a race distance.

The drivers filed out the pit lane to start the 45 minutes + one lap race, which was soon red flagged after Abt crashed at the temporary chicane, while further round the lap Stoffel Vandoorne grinded to a halt at the exit of turn eight.

When the race resumed, Sebastien Buemi led the field away but a full course yellow was implemented after a four car incident including Nelson Piquet Jr, Pascal Wehrlein, Tom Dillmann and Felipe Massa left debris spread across the chicane.

When the green flags came out, Buemi had dropped out of the race, leaving Jean-Eric Vergne ahead of the BMW duo of Alexander Sims and Antonio Felix da Costa.

The three leading drivers then engaged in a thrilling battle which saw both Sims and da Costa take turns to try and pass the reigning champion, the latter eventually prevailing as he took the lead with ten minutes left to run.

Vergne soon dropped down the order as he tried to save his energy, but on the attack was di Grassi who closed down on the BMW pair and soon passed da Costa for second before pursuing Sims for the lead.

It looked like Sims was set to win, but was slow out of the last corner and allowed di Grassi through to take the victory by a slender margin of 0.109s.

di Grassi’s team-mate Daniel Abt was also on a charge, passing da Costa on the last lap for third place. Just behind them was Envision Virgin Racing’s Robin Frijns, who passed multiple cars to finish in fifth ahead of Jerome d’Ambrosio and previous leader Vergne. 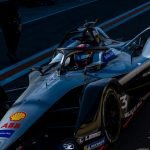 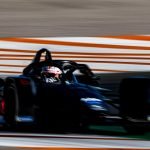