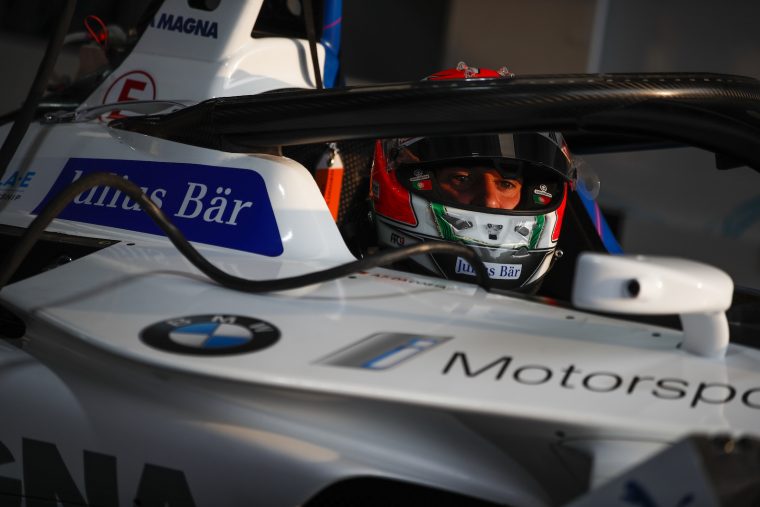 In good old Formula E fashion, the season opener in Saudi Arabia made fans all over the world happy that the all-electric racing series is back in action. In the end, it was pole sitter Antonio Felix da Costa who celebrated the first ever BMW victory in Formula E history ahead of Jean-Eric Vergne – who was not even slowed down by a penalty – and Jerome d’Ambrosio who was very happy with his first Mahindra Racing outing.

Cancelled sessions, a completely altered qualifying session and numerous penalties – that is what the Formula E action in Ad Diriyah looked like before the 22 drivers lined up for the very first start of the season. While Tom Dillmann (NIO Formula E) was put to the back of the grid was not respecting the qualifying format, Lucas di Grassi (Audi Sport Abt Schaeffler), the Envision Virgin Racing duo of Sam Bird and Robin Frijns as well as NIO Formula E driver Oliver Turvey all received penalties for exceeding the 250kW on their flying laps. So it was Antonio Felix da Costa (BMW i Andretti Motorsport) ahead of Jose-Maria Lopez (GEOX Dragon) and Sebastien Buemi (Nissan e.dams) on the starting grid.

Nevertheless, it was not a smooth start to the race for da Costa as the Portuguese overshot his grid box and had to try several times to get his car into the right position. da Costa – even though not ideally positioned on his grid position – was able to defend his position once the lights went off, while Buemi was able to pass Lopez for second place. While the majority of drivers managed to avoid any first-lap-havoc, Edoardo Mortara hit the wall just bare seconds after the race was started and had to return to the pits to change his front wing.

At the top, reigning Formula E champion Jean-Eric Vergne (DS TECHEETAH) was quickly showing the strengths of his car, pressuring the third placed Lopez and overtaking him with 38 minutes to go. His teammate Andre Lotterer followed his example just moments later which resulted in a close battle between the two DS TECHEETAHs. Nevertheless, the two avoided contact and were able to continue their hunt of the top – but not all drivers were as lucky: Felix Rosenqvist, who replaced Pascal Wehrlein at Mahindra Racing in Saudi Arabia, had to retire from the race with technical problems.

While fans were entertained by a few close battles within the midfield, things heated up at the top: With 30 minutes still on the clock, Vergne passed Buemi for P2 and just a minute later the Swiss Nissan e.dams driver also had to let Lotterer past. Following their pass on the season two champion, the DS TECHEETAH duo set their sights on the race leader and with half of the race still to go, the reigning champion managed to find a way past the Portuguese, thus taking the lead. Meanwhile, a few metres behind the new race leader, Buemi droppped to P6 as both Lopez and Jerome d’Ambrosio (Mahindra Racing) squeezed themselves past the Swiss in a brave move.

With about half of the race still to go, things – in good Formula E fashion – got crazy. First of all, Lopez missed the activation zone for the attack mode twice, thus losing his position to d’Ambrosio. What followed then was a penalty fest with Loterer, Vergne, Felipe Massa (Venturi Formula E), Gary Paffett (HWA Racelab) and Alexander Sims (BMW i Andretti Motorsport) all receiving a drive-though-penalty for an overuse of power. A big disappointment for all of the drivers involved, but especially for Massa who had shown a very strong performance in his first ever Formula E race.

The Brazilian made up a position again though, when Lopez’s car broke down on track with just twelve minutes left to go. This brought out the first safety car of the season which brought the field closer together once again. Just when the safety car returned to the pits, a few drivers activated their attack mode once again, among them Vergne. The Frenchman then made proper use of his extra-power by overtaking d’Ambrosio once again for P2 and with less than two minutes to go, he tried to catch the race leader da Costa once again. And while he got close, he did not find a way past the Portuguese again, thus making da Costa the inaugural winner of the Saudi Arabia E-Prix ahead of Vergne and d’Ambrosio. Mitch Evans (Panasonic Jaguar Racing), who quietly worked his way through the field to secure P4, Lotterer, Buemi, Oliver Rowland (Nissan e.dams), Abt, di Grassi and Nelson Piquet JR (Panasonic Jaguar Racing) completed the top ten. 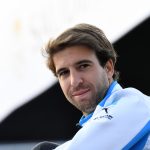 - << « Pole position: da Costa ends his drought in the desert 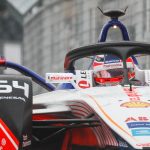