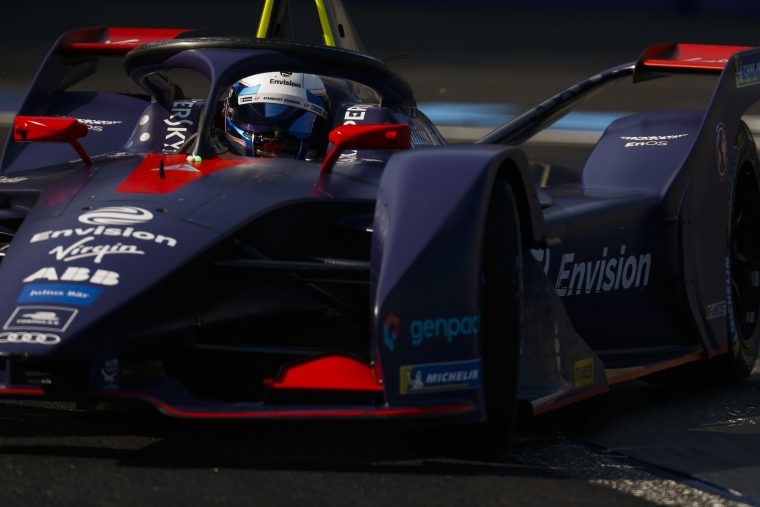 Sam Bird has provisionally taken victory at the Hong Kong E-Prix, his win is under investigation after colliding with long-time race leader Andre Lotterer on the penultimate lap and causing a puncture for the DS Techeetah driver.

The race threatened to be wet following rain showers all day, but the weather held off for the E-Prix and remained merely damp in the opening stages.

Stoffel Vandoorne started from pole for the first time but was immediately jumped by a fast-starting Oliver Rowland, but behind them drama started to unfold.

Following contact at turn one, GEOX Dragon’s Felipe Nasr’s front wing failed into turn two with the Brazilian shunting in the wall. The Mahindra Racing duo of Pascal Wehrlein and Jerome d’Ambrosio, starting at the back after a sub-par qualifying, were both caught out and collected Nasr, all retiring on the spot.

After initially throwing the safety car, the decision was made by Scot Elkins, the race director, to red flag the race and bring the pack into the pits, allowing the marshals time and space to clear away the wreckage.

The racing was fast and furious following the resumption of the race, with Rowland leading the field away.

There was disaster for the Englishman as contact with Bird caused the Nissan e.dams to slow down and surrender the lead, eventually dropping to tenth before getting the car going again.

Lotterer was soon able to attack Bird and went through for the lead after the Envision Virgin Racing driver made a mistake and ran wide, with the ensuing battle becoming the talk of the race.

With another safety car being deployed following a stoppage for Vandoorne, energy levels became less significant and allowed a flat-out fight to the end of the race.

On the penultimate lap, Bird committed to a move down the inside of Lotterer but ended up hitting the rear wheel of his rival, causing Lotterer to lose the lead as the right rear deflated, along with his hopes of a maiden victory.

Bird crossed the line to provisionally win the race, but the stewards are currently looking into the incident. Edoardo Mortara drove another superb race to take second place and could be promoted to his maiden victory should Bird be awarded a penalty.

Gary Paffett, following on from his stellar performance in qualifying, took his maiden series points with eighth place, while Oliver Turvey and Antonio Felix da Costa rounded out the top ten. 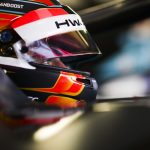 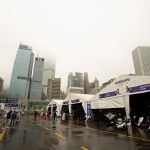 >> - Yoong: “It’s nice to see how strong the championship is getting” »