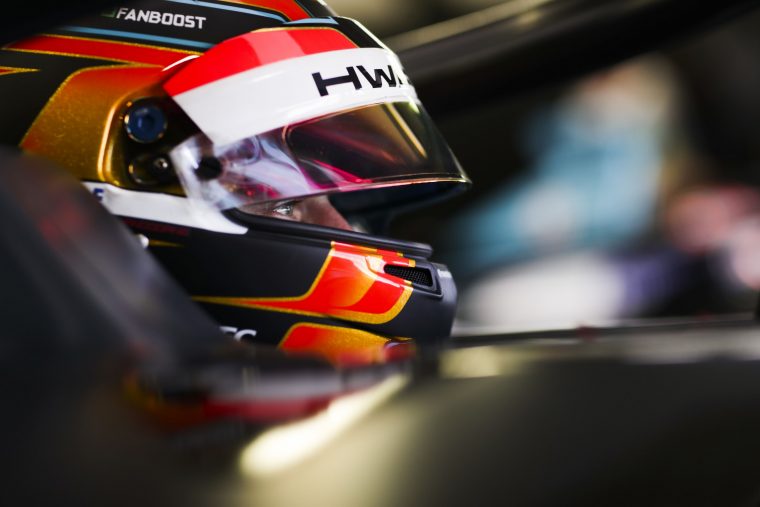 For the second time in as many races we have a new pole sitter in Formula E as rookie driver Stoffel Vandoorne topped the group stages and surged to his maiden pole position, also a first for the new HWA Racelab team.

The drivers wasted no time in getting out on the increasingly-wet track, as pelting rainfall made track conditions treacherous.

While the Mahindra Racing duo of d’Ambrosio and Wehrlein set their benchmark times, followed closely by da Costa, Bird was absolutely flying and surged into P1 by a more than comfortable 1.8s.

It wasn’t to last, however, as di Grassi trumped his British rival by two tenths and put his Audi Sport ABT Schaeffler onto provisional pole. 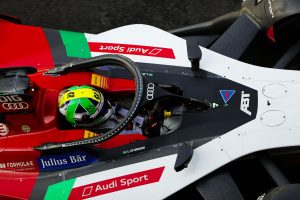 With the rain easing off going into group two it was Mortara who fully capitalised on the slightly better conditions and put his Venturi top of the pile, beating the DS Techeetah of Lotterer by a slender margin of 0.048s.

Vergne endured what was close to a carbon copy of his qualifying last season, as the Frenchman span across the line to complete his lap. The remaining drivers were able to complete their laps, but the throwing of a red flag due to Techeetah debris being left on the track meant that Vergne had his fastest lap deleted.

Following the close of group two, Mortara came under investigation for allegedly speeding during the red flag. 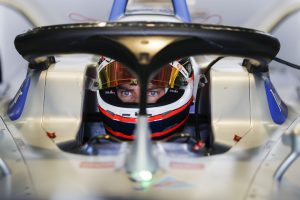 The star of the group proved to be Rowland, who is showing more and more why he has the makings of a future superstar in the series. With the rain still fluctuating, the British driver did everything in his power to wrestle his Nissan e.dams into Super Pole.

Rowland’s teammate Buemi also provisionally entered Super Pole, but by the skin of his teeth as he outpaced Massa by a mere 0.041s to deny and demote the Brazilian down to P7.

The weather conditions made for tricky laps, with the remaining drivers in the group unable to advance to Super Pole. 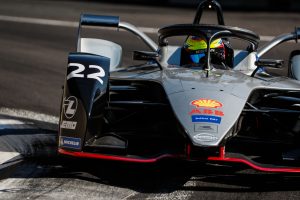 Paffett was immediately on the pace as he went purple in the opening sector to set up for the provisional fastest time, but a stellar lap from Vandoorne put him half a second ahead of anyone else and gave HWA a 1-2 after the group stages.

Dillmann lapped within the fringes of the top ten but ultimately had to settle for P11, while Lopez, Piquet and Nasr will start 14th, 15th and 16th respectively.

Out of the six drivers to advance to Super Pole, only di Grassi has previously started from the front of the grid. The Brazilian, who won the latest race in Mexico City, was the first to venture out and set the benchmark.

It wasn’t to be for di Grassi as a mistake at turn two left him doing his best to avoid the barrier, but ultimately lingering in the 1:14s bracket upon completion of his lap.

Lotterer, still in search of his maiden Formula E pole position, drove a solid lap to easily beat di Grassi’s benchmark and set a new bar for the remaining drivers to aim for.

Mortara, a year on from the heartbreak of losing his maiden win at this circuit, made the most of the improving conditions to surge into provisional pole. However, even if the Swiss-Italian had kept his P1 spot a three place grid drop for speeding under the earlier red flag meant he was unable to take his maiden pole.

Rowland, seemingly in the form of his life in Hong Kong, threw his name into the hat for a maiden pole position as he went even quicker than Mortara to give the HWA drivers their target.

Paffett was the first to run, and his lap was pretty much over before it had really got going as the Englishman locked up into turn one and lost a heap of time. He completed the lap and eventually outpaced the Audi Sport ABT Schaeffler of di Grassi for a provisional P4 with only Vandoorne left to run.

Filled with confidence from his group stage escapades, the Belgian wasted no time in thrashing his HWA around the Hong Kong Harbourfront and produced three purple sectors to claim not only his and HWA Racelab’s first Formula E pole position, but also first points with the three awarded for heading qualifying. 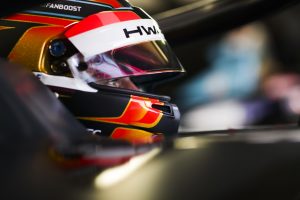 It wasn’t the best day for the championship contenders, with the Mahindra Racing duo of d’Ambrosio and Wehrlein occupying the back row of the grid, while da Costa lines up just ahead of them. Can any of these three drivers mount a comeback and maintain their position in the top reaches of the championship? 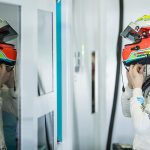 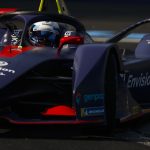