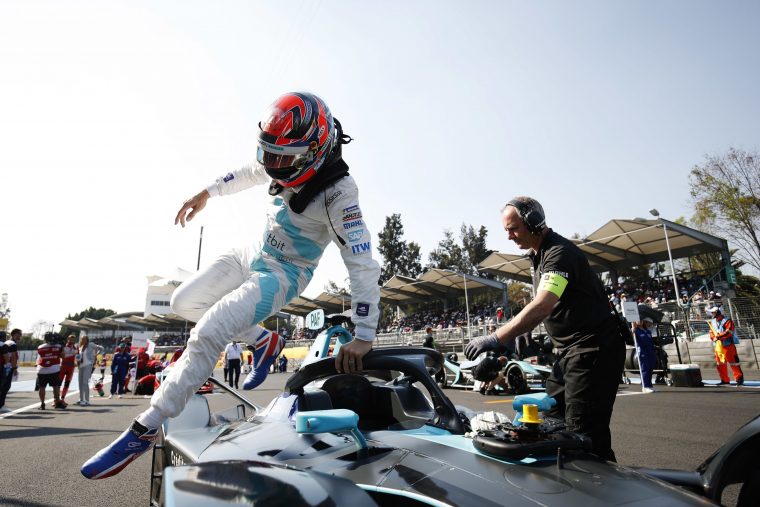 The Head of Track Operations for HWA Racelab talks progress for the German rookie team and looks ahead to round six in Sanya.

Despite a tough race in Hong Kong, HWA Racelab managed to score their first points of the season when Gary Paffett crossed the finish line in eighth position. The past four rounds of the season have been a real challenge for the rookie team but Franco Chiocchetti, the Head of Track Operations for HWA, is happy with the progress the team is undergoing, “If you think about where we are coming from, by having a rookie team and having two rookie drivers, we had a really tough first event in Riyadh. The track was really tough to learn for everyone.”

“We’re still on a very steep learning curve, even for myself even though I had Formula E experience but it’s still a new car. If you think we are trying to catch up in one season with what others have been doing for four years, it’s just a question of trying to fill this knowledge gap.”

The German team is no stranger to being at the top of the podium, it’s one of the most successful teams in the DTM championship. It’s even got two all-star drivers on the grid with 2018 Deutsche Tourenwagen Masters champion Paffett and his former McLaren Formula 1 teammate, Stoffel Vandoorne.

The team delved straight into the all-electric series straight after clinching the DTM championship title and it’s been non-stop since then, “I started in March at HWA and of course the core team was still fully involved in DTM until the Sunday before the Valencia test. So, actually they came from the DTM race and directly to the Valencia test,” says Chiocchetti.

“For sure, we did some work in between but basically the guys have not had a break, even since we started the season it’s just been one after the next and there’s not really a chance to have a breather.”

The team’s Gen2 cars are supplied by Venturi Automobiles and were only received a few weeks before pre-season testing in Valencia, “We’ve seen that the cars can be competitive with our manufacturer and this is of course a big result for a company team. Our goal is to get the results and knowing that we have the equipment to do it. It’s up to us and when I say us, it’s all of the engineering, mechanics, and everyone working together.” 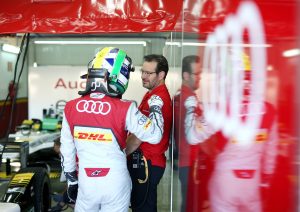 Franco has champion’s experience from his time at Audi Sport

Chiocchetti was previously with Audi Sport ABT Schaeffler and brings valuable experience to the new team, “Formula E is very different to any other racing championship, I think people don’t realise until they’re already in Formula E,” he says.

“The biggest part that I can bring to the team is to just bring in this mindset and to say this is different. Just because you’ve done something in the past in other championships, doesn’t mean it’s going to work here. I try to steer the team in a way of thinking on how to challenge and how to attack a Formula E event, which is a one-day event and how to approach it with as little issues as possible, to focus on the important things, stick to the basics and don’t try to get too fancy and so on.

“When you have problems in Formula E on a training session, you’re generally always one step behind because you’re now trying to catch up with the others. This I’ve seen from my past experience, the best results you get is when everything is run smoothly, and you’re able to go with your programme.”

The next round in Sanya, China will offer a new challenge as the teams will be facing an all-new track but Chiocchetti thinks this might be an advantage to the rookie team, “A new track gives us hope and advantage because everyone is starting on the same level again. No one has the track experience from the past, not the engineers, not the drivers. We get a chance to get a playing field again like we did in Riyadh and we saw we were able to have quite a good race until we had some incidents but I’m definitely looking forward to Sanya.” 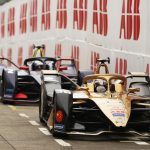 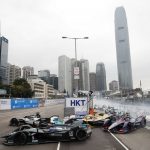