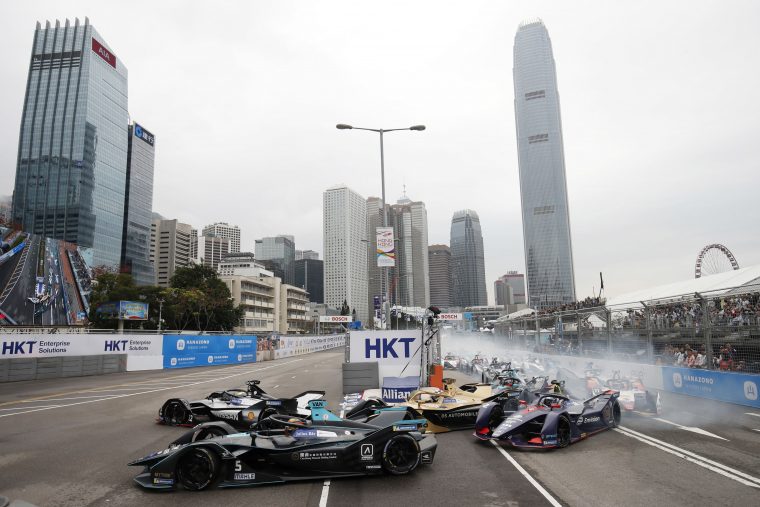 [vc_row][vc_column][vc_column_text]The Hong Kong E-Prix was the 50th ABB Formula E race, but it was a race of many firsts: the first Pole Position for Stoffel Vandoorne and HWA, the first time Andre Lotterer has led an E-Prix and the first victory for Venturi and Edoardo Mortara.

After Sam Bird was penalised for a move on Lotterer, Mortara inherited his maiden Formula E win. We now take a look at the facts and figures behind the days racing in Hong Kong.[/vc_column_text][/vc_column][/vc_row][vc_row][vc_column][vc_text_separator title=”Race facts” title_align=”separator_align_left” color=”custom” accent_color=”#5da73c”][vc_column_text]

For the second race in a row, Mitch Evans managed to make gain ten positions, to claim consecutive seventh place finishes. The Kiwi is now only one of two drivers to have finished in the top 10 of all five of the races this season.

This now means that Jerome d’Ambrosio, Lucas di Grassi and Robin Frijns all hold the record for the total net positions gained in Formula E (71).

So far this season 17 drivers have made it into Super Pole, which already equals the record for the most in a single season (equal with Season 3 and Season 4). Unsurprisingly, Buemi has the most Super Pole appearances, four, only missing out this weekend in Hong Kong (where he qualified eighth).

Of the 20 drivers to have taken part in every race this season, Tom Dillmann is the only driver to have not qualified in the top ten so far. The NIO driver’s best start is his eleventh place start from this weekend.

Having won the first ever E-Prix in Beijing in Season 1, Lucas di Grassi is the only driver to win on his Formula E debut.

Of the eleven drivers to have claimed victory in Formula E, seven of them had claimed their maiden victory in the first eight Formula E races (which is still a record for the most victors in a season).[/vc_column_text][/vc_column][/vc_row] 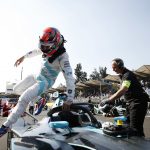 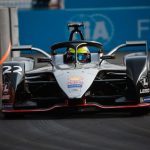