An interview: Formula E and the future of mobility 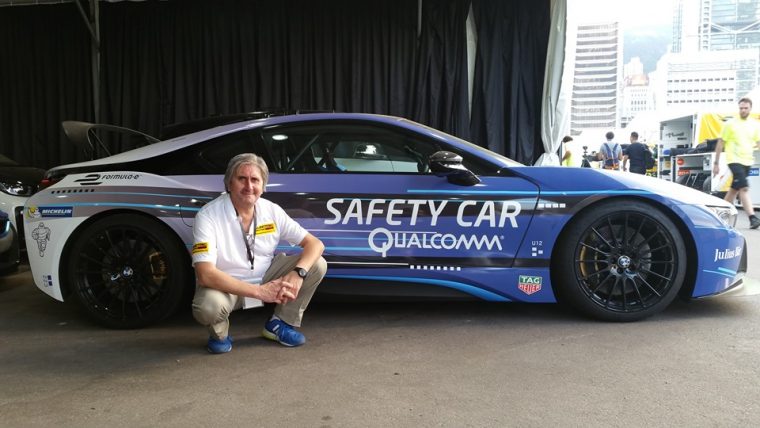 Once upon a time, it was said the future of mobility would be electric, but electric technology is fast becoming part of our daily lives. To understand from where it comes and where it can lead us as a society we interviewed Marcelo Padin, a journalist specialized in electric vehicles.

Electric vehicles may be a completely new form of mobility for young generations who have started to hear about it in recent years, mostly since the all-electric racing series ABB Formula E Championship began in 2014.

Nonetheless, history shows electric vehicles go way back in time, as the first models emerged in the 19th century.

It was 1884, when Thomas Parker, an English inventor concerned about pollution in urban cities, built the first production electric car in London, and it wasn’t until the late 1800s that electric cars began to be manufactured on a larger scale.

Electric mobility which was once popular and successful suffered from a series of variabilities which made it too expensive for consumers; also the lack of range compared to gas-powered vehicles turned out to be a key factor to its decline in the automobile industry.

In the 1900s with the Second World War, a revival seemed unlikely, and although some concept electric cars were created they never came into production.

Some manufacturers such as Honda, Toyota, GM, and Ford, among others, later developed and launched electric cars in the nineties.
Nevertheless, the zero-emissions vehicles were not an affordable option to consumers who continued to choose gasoline-fueled vehicles, that having said, the intent to promote a massive adoption ended up failing. 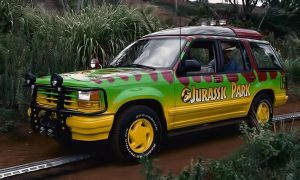 Electric vehicles have also been present in the movies, perhaps one of the most popular and remembered by fans worldwide is the blockbuster directed by Steven Spielberg, Jurassic Park.

The film, released in 1993, shows in a scene where the main characters are going on a preview tour through the park, Ford Explorer electric, autonomous vehicles are the ones chosen to keep a clean environment on the island. The movie celebrated its 25th anniversary last year.

Petroleum is not an endless source of energy, reserves have been falling while consumption has only grown, the population has grown as well, and as a result, pollution has increased dramatically, mostly in city centers.

At the same time, technology has evolved and keeps evolving on a daily basis, allowing the improvement of batteries autonomy and reduce costs.

When Formula E, the all-electric racing series, was launched in 2014, people around the world started to see and understand electric cars in a different way.

In its five seasons, Formula E has changed the perception that silent was synonymous to boring. The competition has become extremely intense, engaging fans all around the globe.

After the Monaco E-Prix last week, we sat for a one-to-one chat with Marcelo Padin, Director of Electric Motor News, and specialized journalist on motorsport and electric vehicles.

ERN: How does your journey into the automotive world begin?

MP: “I’ve liked motorsport from an early age, in fact, I wanted to be a driver but for financial reasons I couldn’t, so I decided to study journalism, specialized in motorsports.

“In the beginning, I followed racing competitions, but after some time, I started covering the automobile industry as a whole, and in the nineties, I discovered electric cars.”

ERN: What are your first memories of electric vehicles?

MP: “I remember the first electric car I drove was a Torpedo Marbella, a small production car in Italy which was, in essence, a Seat Marbella in its electric version. After I drove that car a whole new world presented in front of me.

“That happened around 1991, a few months later I went to watch my first electric car, the Grand Prix 4E in Porta Marguerita Gardens, in the city of Bologna, north of Italy.”

ERN: Why do you think, from your experience, that electric vehicles were not a suitable option for urban transportation at that time?

MP: “At that time, the problems for electric vehicles to reach a large audience were many.  The batteries were plumb, the most modern ones were originally made of Nickel Cadmium, after a few years it changed to the use of Nickel Metal Hydride, but yet, the energy density did not allow acceptable autonomies unless the needs of the users did not surpass 100 km per day, which is actually quite low.

“The other problem was the time it took to recharge the batteries, fast charging was not available at the time, with many hours needed to complete the process.

“As time went by all these technical issues couldn’t be solved, then, the lithium batteries were developed, and in modern times we’ve been introduced to the new electrical systems reaching the level of development we have today.

“Certainly, politics didn’t help either, and even today, it is found the environmental issues and economic interests, which are the ones that in general, prevail.”

ERN: You are one of the few journalists covering Formula E since its very beginning, all 54 races to date. What does this represent for you and your team (EMN) and how did the initiative to cover the electrical series arise? 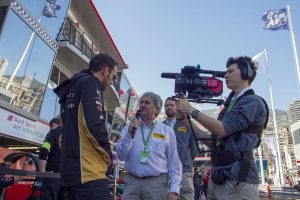 MP: “I’ve been in charge of the Press Office of the Federazione Italiana Veicoli Elettro Solari (FIVES) from 1991 to 2005, the Federazione which organized the Italian Championship of electric vehicles, so believing in Formula E was natural to me.

“Personally, following the series with Electric Motor News since its beginning in Pekin back in 2014, is something I’m very proud of.

“The team has grown as well, the first couple of years it was just me traveling to races, but from the end of the second season, all three of us travel to cover the series, cameraman Daniele Drago, a technical journalist Simone Rambaldi and myself.

“Formula E is more than a racing series for us, it is a platform of technical development, one we follow in different areas.

“We not only report on the races, but on everything around it, the energy production, battery charging, nets, electronics, and many other things. I believe our team is one of the few to be led by that philosophy.”

ERN: What are the main changes, in addition to technological progress, that would stand out from season one to date?

MP: “There are so many, the first is the Gen2 car introduced in season five allowing teams to compete with a single car per driver, no need to switching cars in the middle of a race.

“During the first season, all cars were the same, something that suited perfectly with the philosophy of Formula E, and helped to keep under control the economic resources.

“From season two [2015-2016] teams could choose its powertrain, meaning the engine and the electronic, resulting in a more professional racing competition with more secrets to find out.

“We’ve been the first to report on two breaking news regarding Formula E when season three started [2016-2017] Audi decided to leave WEC and also came the announcement that Mercedes Benz and Porsche were joining the series, which also reinforce the quality of the competition.

“It’s incredible to see who much Formula E has grown in only five seasons, and I’m sure it will continue to grow. Now the challenge to Formula E as a company will be to keep expenses short, so exponential growth does not escape it.”

ERN: Why Formula E instead of Formula 1?

MP: “I followed Formula One from 1988 to 1993, since then, I began working in the electric vehicles sector, reporting almost exclusively about it, extending to production cars.

“The technological development is something I’m very interested in, and everything that involves mobility in our daily lives. Nowadays, there is no coming back from electric vehicles and the success of Formula E also depends on the manufacturers present, superior to any other world motorsport series’.

“Formula One at this moment doesn’t share any technology with the current forms of mobility, and even less with the mobility of the future opposite to what Formula E does which is what interests us in Electric Motor News.”

ERN: From your perspective, is the future electric? How do you envision the advance of electric mobility in the short and medium term?

MP: “I have no doubt the future is electric the ideal would be to use electricity from renewable energy sources, such as solar or eolic energy.

“There’s a strong development on electric mobility in Europe, the United States of America, and some countries in the Pacific side of Asia. Nowadays the big car manufacturers are starting to build electric vehicles with better autonomy, comfort, and solutions.
The next step is the autonomous vehicles.

“In my point of view, electric mobility has yet to face a great obstacle, not technical or derived from marketing. This obstacle is the mentality of people.

“From the first electric car I drove in 1991 to this day, I’ve seen how materials, engines, batteries, design, tyres, charging stations, were developed, and all have been improved, but to change people´s mentality you need more than a generation, so I hope that electric vehicles are a subject that is debated already in schools.”

ERN: What is the next step for the EMN team?

MP: “Formula E is a small part of all the work produced by Electric Motor News. We inform daily on everything related to electric vehicles, from cars to bikes, motorcycles, scooters, trucks, buses, ships, and airplanes through our website Electric Motor News.

“Next year, it will be EMN’s 20th birthday, our goal is to keep reporting in a very professional way and of course, covering Formula E. The biggest step for us will be to start following MotoE, the electric bikes championship, beginning on 7 July in Sachsenring, Germany, alongside Moto3, Moto2, and MotoGP. That’s a date with history and Electric Motor News will be there.” 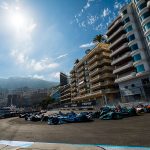 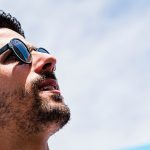