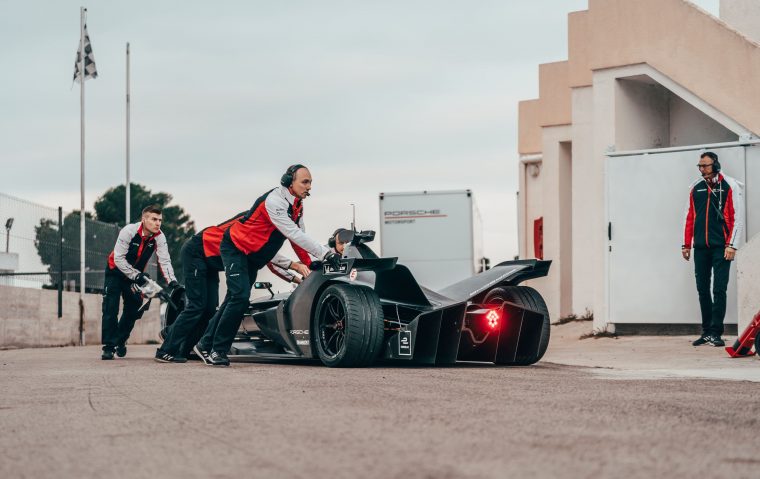 Ahead of their debut in the ABB FIA Formula E Championship, Porsche Formula E Team Manager, Amiel Lindesay discusses why now is the right time to join the series and the challenges of being the “rookie” team.

All eyes are on the Porsche Formula E Team as they prep themselves ahead of their big Formula E debut in the opening round of the 2019/2020 season in Saudi Arabia this November. 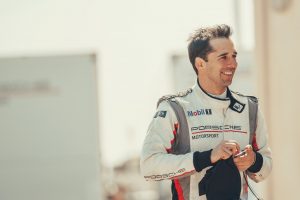 They’ve certainly got the ball rolling in the past few months. Last December, the team announced Neel Jani as one part of their driver line-up. Then in March this year, the Porsche Formula E car went on a test run at the manufacturer’s testing ground in Weissach and just a month later, the team headed to Calafat for an extensive three-day testing programme, clocking in over 1,000km with Jani and test and development driver Brendon Hartley behind the wheel.

Porsche Formula E Team Manager Amiel Lindesay says the team’s debut into the all-electric series coincides with more than one occasion, “Porsche’s entry has been timed to coordinate with the technical development of Formula E and Porsche’s product strategy which is at the same time as the market launch of the Porsche Taycan – the first fully electric road-going Porsche sportscar,” he says.

“The decision to enter Formula E and the ensuing reorganisation of Porsche’s engagement in motorsport originated from the Porsche Strategy 2025. Side by side with GT road-going sportscars and fully-electric sportscars form an essential part of the strategy.” 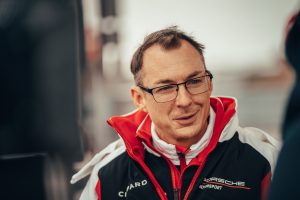 “Currently, Formula E is the most competitive environment to promote the development of high-performance vehicles with regard to eco-friendliness, efficiency, energy consumption and sustainability.”

Lindesay points out that the unique format of racing in the middle of city centres is another factor that attracted Porsche to join the championship. “Motorsport comes to the spectators, not vice versa. This wouldn’t be possible with internal combustion engine vehicles.”

When asked about the series’ regulations, Lindesay stresses that it’s important that the championship keeps its unique features such as the city-centre oriented events and the championship’s high degree of technical relevance of road going-cars, “The competitive focus needs to be on the quality of the powertrain. That is also why a  standard chassis makes total sense and another reason is cost control,” he adds.

“The competitive focus needs to be on the quality of the powertrain. That is also why a  standard chassis makes total sense and another reason is cost control,”

Another attractive factor, of course, is the strong competition. With big name manufacturers clamouring to come on board the series, the 2019/2020 season is expected to be the busiest ever in Formula E’s relatively short history.

The German team will compete with the likes of Audi, BMW and Mercedes. Although, it’s interesting to note that Porsche and Audi, which are both under the same parent company, will be rivaling with one another,“Porsche and Audi will enter the championship competing against each other. In Porsche’s Formula E car, all components permitted by the regulations will be completely bespoke,” explains Lindesay.

“At the same time, it goes without saying that there is an ongoing exchange between the two brands with regard to developing the regulations and the championship as a whole, together with FIA and the organisers of Formula E,” says Lindesay.

Lindesay, who was formerly Porsche’s LMP1 team manager, is very much aware of the unique set of challenges Formula E presents. One of them is having to adapt to a smaller team, “The current Porsche Formula E team consists of some former members of the LMP1 team. It’s important to have started the Formula E project with familiar faces. We have worked well together before and I think this is a huge advantage.

“It’s important to have started the Formula E project with familiar faces. We have worked well together before and I think this is a huge advantage.”

“Of course, it’s a challenge for us running with 20 people at a Formula E race weekend compared to 65 people at LMP1. Nevertheless, I’m confident that we will adapt to this model and intensively examine processes and establish double and triple functions.”

Compared to Mercedes, who already has a lead ahead of their Formula E debut in the form of their affiliate team HWA this season, Porsche is as their social media hashtag says, “starting from zero”.

“We are entering a competition with teams and manufacturers who have already been active in the series for up to five years and therefore have an enormous lead in terms of experience. This makes it a great challenge.

“The first year will be a “rookie” year for us as a huge percentage of what we need to know will only become apparent when we actually start racing. However, we will be well prepared going into our first season and are looking forward to finally start racing come November.

“We have to have respect for the championship as a rookie. Our team is working very hard to develop a Porsche Formula E car that will be competitive on its debut in season six. We’ll be well prepared and start with a positive mindset into our first Formula E season and this is already an advantage.”

Porsche is obviously no stranger to success, a quick look into their illustrious past is proof enough that this will be a team to watch. As they embark on this new challenge, there’s no denying they’re approaching it with a fresh determination. Formula E looks set to be an exciting new beginning for the German marque. 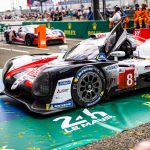 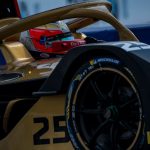