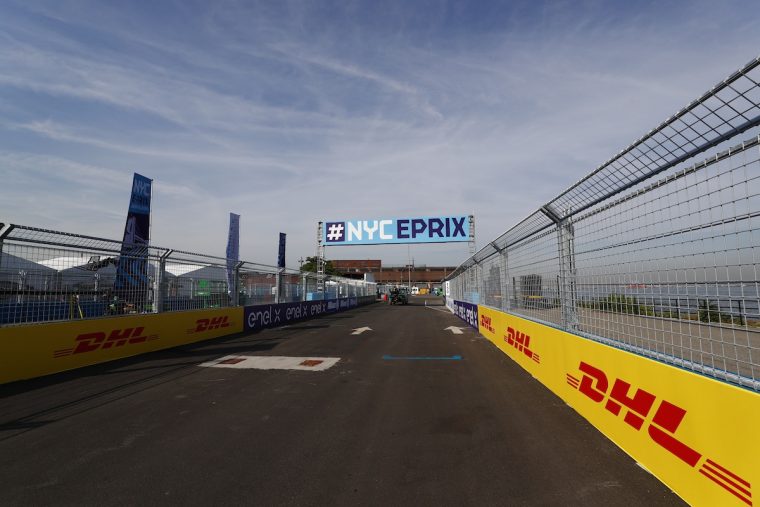 The Brooklyn Street Circuit comes with its own unique set of challenges, one in particular is its braking zones. In Part 1 of our insight into how braking works in Formula E, Brembo Race Engineer Giovanni Clemente talks us through the braking points at the NYC E-Prix.

For a series that races on the streets of some of the most iconic cities in the world, the ABB FIA Formula E series poses a unique set of challenges for teams and drivers as well as its suppliers. For Brembo, the Italian brake systems supplier for all 22 Gen2 cars on the all-electric series’ grid, the goal is to deliver maximum results and performance in every single round on the calendar.

“The concrete and the road width changes as well as the temperature and altitude, they all vary from circuit to circuit. These variables affect how the car behaves and of course have an impact on the brakes. Every circuit has its own challenges,” says Giovanni Clemente, Brembo Formula One and Formula E Race Engineer.

“The concrete and the road width changes as well as the temperature and altitude, they all vary from circuit to circuit.”

Brembo equips all the Gen2 cars with the same complete braking system of discs, calipers, pads, bells and tandem pump that are  specifically tailored for the all-electric series. This season, teams are allowed to independently develop the brake-by-wire system and carry out their respective usage strategies. This will change in season six, as synergies dedicated to brake-by-wire could be developed between the individual teams and Brembo. 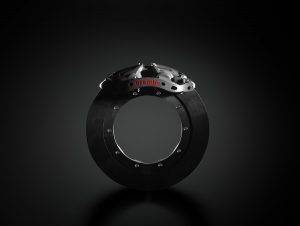 “The bespoke system had to be flexible enough to work in any environment, temperature and weather conditions, ensuring top feeling to the drivers. This season we saw Marrakesh, Hong Kong and the Sanya E-Prix as especially challenging, with their long straights and tight turns causing soaring temperatures and glowing discs. We also expect the New York E-Prix to be a very interesting test bench for the brakes,” says Clemente.

“We also expect the New York E-Prix to be a very interesting test bench for the brakes.”

Keeping cool in the Big Apple

On to New York City, where this weekend’s double-header season finale will take place. Slight tweaks have been made to the temporary street circuit in the Red Hook district this season and old and new tarmac surfaces will play a crucial role in grip and tyre management.

“The 2.373 km Brooklyn street circuit has 14 turns and some of the longest straights of the season, which make it one of the most demanding for the single-seaters’ brakes. We see six corners particularly challenging for the drivers.

“The first severe section is in Turn 1, where the brakes will be under pressure slowing down the cars after the grid straight. Here the drivers could take advantage of the wide space for an overtaking.

“After the following series of turns, cars will speed into the longest straight of the circuit reaching maximum velocity. At the end, control going into Turn 6 will be key: arriving too fast means the drivers will have to sacrifice speed in Turn 7 and consequently lose ground entering into the straight coming next. 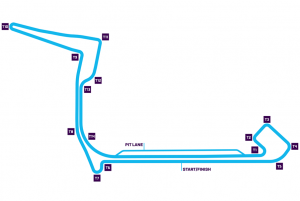 “Also, watch out for the hairpin Turn 10, one of the tightest of the season and a possible scene for some tough racing action. The brakes arrive here already overheated due to the effort in Turn 9 and their soaring temperatures could make the carbon discs glow.

“Lastly, another 90 degrees corner in Turn 11, which is not to be underestimated: an excellent feeling with the brakes will make the difference to prepare the following chicane and close the last sector successfully.

Temperature management will also play a big role in the weekend. High temperatures can affect braking by wearing off the breaks out too quickly. Brembo tests its braking discs that are capable of reaching temperatures of 400-500 degrees and reaching peaks of 800 degrees in the harshest situations.

“We can check brakes temperatures through temperatures stickers, that we advise the teams to apply on the calipers,” says Clemente.

“This provides us and the teams with relevant data to understand how much heat goes through the brakes and always be in control. Brembo carbon discs and aluminum calipers are extremely resistant: they are tested to face high levels of stress and temperatures.

“They have been designed with specific geometries which allow the excess heat to be dissipated quickly while the system’s temperatures can remain in the correct range to guarantee the best braking feeling and response.” 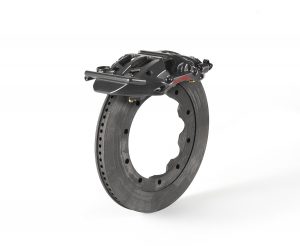 The pads are also carbon made:

Measuring 18 mm thickness at the front and 16 mm at the rear. The bell is in aluminum, with bobbin mounting. The pump is a single stage tandem (it is like having 2 pumps in 1).

Keep a lookout for part 2 of our insight into how braking works in Formula E coming soon. 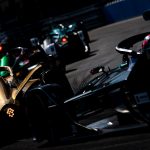 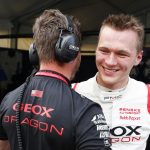