Buemi shines in NYC, while Vergne and di Grassi stumble 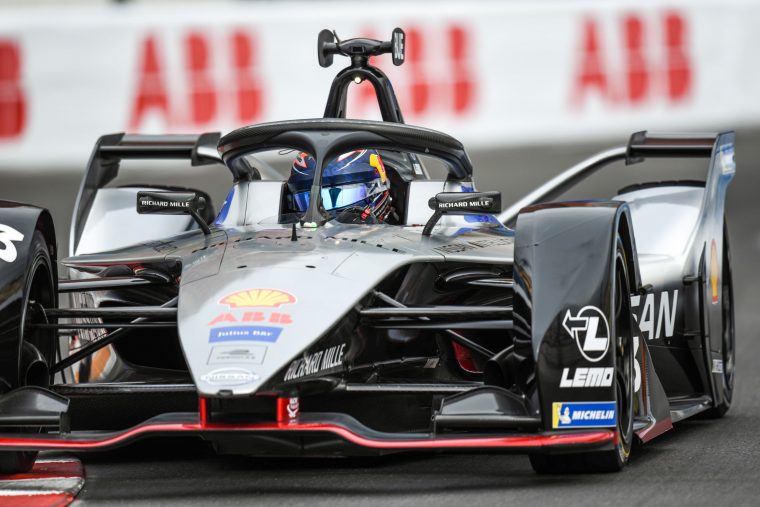 All eyes are on Jean-Eric Vergne and Lucas di Grassi this weekend, the two drivers who still have realistic chances of winning the championship. And both of them had the head out in the first qualifying group. It was Antonio Felix da Costa (BMW i ANDRETTI MOTORSPORT) though, who went out first, his opponents quickly following his example. The DS TECHEETAH duo then decided for a different approach than the rest: while di Grassi, Mitch Evans (Panasonic Jaguar Racing) and da Costa all put in an extra lap, Vergne and Lotterer went straight onto their full-power laps. What seemed like risky business proved to be a clever strategy for Vergne at least, who finished the session in P2 right behind da Costa. Lotterer though had to be content with P5 as Evans (P3) and di Grassi (P4) both went quicker.

Next up, it was Robin Frijns (Envision Virgin Racing), his teammate Sam Bird, Daniel Abt (Audi Sport Abt Schaeffler), Jerome d’Ambrosio (Mahindra Racing) and Sebastien Buemi (Nissan e.dams) who aimed to beat da Costa’s 1:10.845. And they delivered: Buemi, Bird and Abt all went quicker than the Portuguese while Frings crossed the line in a promising fifth place. Unfortunately though, d’Ambrosio was not as lucky as he lost control of his car on his flying lap, putting him in a provisional last place. The overall strong performance of the second group also had a big effect on the championship as di Grassi was kicked out of Super Pole.

With the temperatures rising in New York City, it was time for the third group to head out, namely Alexander Sims (BMW i ANDRETTI MOTORSPORT), Pascal Wehrlein (Mahindra Racing), Stoffel Vandoorne (HWA Racelab), Oliver Rowland (Nissan e.dams) and the Venturi Formula E duo Felipe Massa and Edoardo Mortara. Even though Wehrlein (P3) and Sims (P4) were the only two drivers of the third group to put their cars in the top-six, their performance had a huge impact on the race for the title as Vergne slipped to P8, thus losing his place in Super Pole.

Last but not least, Alex Lynn (Panasonic Jaguar Racing), Gary Paffett (HWA Racelab), Maximilian Günther and Jose-Maria Lopez (both GEOX Dragon) and the NIO Formula E duo Oliver Turvey and Tom Dillmann went out onto the difficult track to try and challenge Buemi for the provisional pole-position. While Buemi’s lap time seemed to be out of reach, Lopez managed to put himself on P6 while his teammate Günther secured P10 for the moment. Nevertheless, it was Lynn’s time to shine as he put together a very strong lap that put him in P5 and into Super Pole – also demoting Vergne to P10 and di Grassi to P14.

Super Pole started with Abt who went around the challenging track in 1:10.894 which became the benchmark to beat. While Lynn was able to go quicker than the German, Sims and Bird – who seemed to really struggle on his flying lap – could not match his time. In the end, the battle for pole-position became a duel between Wehrlein and Buemi with the better end for the Swiss who put his car on P1 and collected three extra points. 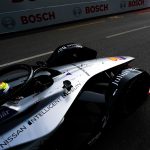 - << « Oliver Rowland quickest in last FP2 of the season 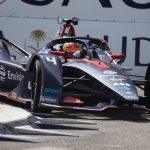 >> - Frijns new king of the concrete jungle while Vergne celebrates »