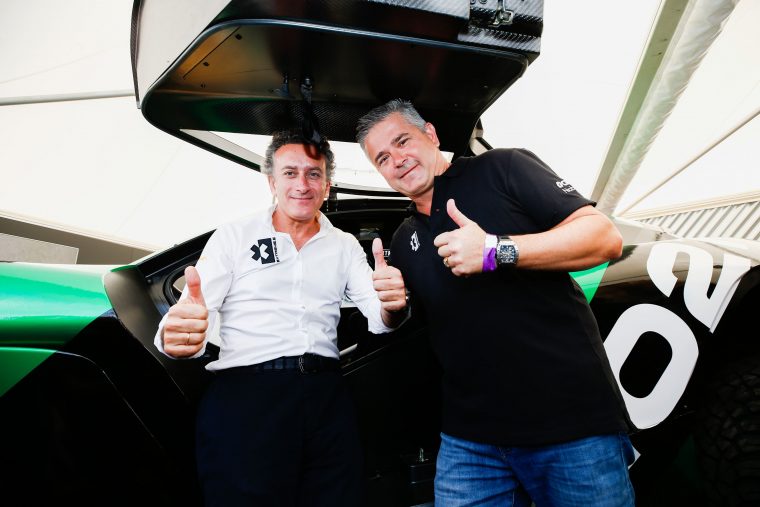 Gil de Ferran, Extreme E Founder, and McLaren Racing Sports Director, talks about all the details that made possible Extreme E, Fernando Alonso and much more.

Electric racing is a result of a group of people who gather around a common vision, to create awareness on climate change while bringing the best out of the motorsport world, the competition element, read excitement.

Those people are visionaries who persevered, firmly believing that their ideas could also help change the way we move in our daily lives through the technology transfer from the track to the road, which we can see today on the streets of city centers all around the whole globe.

NO TIME TO SPARE

When the ABB Formula E Championship began its journey back in 2014, the thought of an electric revolution with electric cars running through the city streets felt like something far away in a distant future.

In reality, the present was knocking on our doors saying – “I’m here, right now, planning to stay”.

In five years, electric became the keyword to a cleaner, sustainable future, a real alternative for a planet with a population of over 7 million people, aching with symptoms of global warming; cities suffocated by pollution, deforestation, ice melting, extreme temperature variations, among others.

A HAND IN HAND WITH INNOVATION

Alejandro Agag is the man behind the electric revolution, who naturally made of innovation a personal landmark. Motorsport is a team sport, as well as ideas, require a team effort to bring them to life.

Agag together with the President of the Fédération Internationale de l’Automobile (FIA) and the Italian politician Antonio Tajani created the all-electric racing series which last weekend saw its fifth season coming to an end as the most competitive racing category in the world nowadays. Not bad, but yet, that’s not all folks.

The concept idea of Formula E was born and written on a napkin while Agag and friends (Todt and Tajani) were having dinner together at a restaurant in Paris.

Extreme E came together after Agag met with a friend for breakfast, both men talked about their ideas and the rest is a fascinating story the now co-Founder of the series addresses further, in his own words.

The friend was no other than 2003 Indianapolis 500 winner Gil de Ferran, and the result of that breakfast is perhaps the greatest adventure motorsport has ever seen.

Younger generations must know the name of Gil de Ferran and immediately associate it to McLaren Racing, as a year ago, to be exact, he became McLaren Racing Formula One team sporting director.

But the fifty-one years old Brazilian, who went to Europe at the age of nineteen to chase his dreams, has under his belt two CART world championships, and a long list of race wins in different categories.

Back in 2003, de Ferran retired from his successful racing career, continuing to be involved with motorsport from a new angle, finding success also as an entrepreneur and team director.

In 2005 he became Sports Director of the extinct BAR-Honda Formula One team, most recently, July 2018, he began to work with McLaren Racing, a full-time job which hasn’t prevented the Extreme E Founder to continue the “race for the planet”, alongside co-founder Agag.

Extreme is by definition the fingerprint of this new racing series, launched last February in London, UK, onboard the Royal Mail Ship St Helena.

But it wasn’t until a few weeks ago that we could lay our eyes on the series challenger as the impressive ODYSSEY 21 was first revealed to the public.

The Goodwood Festival of Speed held between 4 to 7 of July, in the ‎iconic Goodwood House, sited at West Sussex, England, was the place chosen to introduce the off-road, all-terrain, electric SUV, designed by Spark Racing Technology. Its battery is produced by Williams Advanced Engineering and the prototype is capable of hitting 100km/h (62mph) in 4.5 seconds!

The championship’s first season is set to start in January 2021 and the aim is to have 12 teams, all using the same spec-vehicle.
Last May, Venturi Automobiles was the first manufacturer to join the series, recently ABT Sportsline and HWA AG have also committed to the Extreme E adventure.

SAVING THE BEST FOR LAST: AN INTERVIEW WITH GIL DE FERRAN

After Goodwood Festival of Speed, we had the chance to interview Gil de Ferran to know more about the Extreme E series, set to reach five remote locations in the planet, the Amazon forest, the Arctic, the Himalayas, the Sahara desert, and the Indian Ocean Islands.

ERN: What did you think when you first heard about an all-electric racing series, ABB FIA Formula E Championship?

dF: “Most people thought of electric vehicles as slow, boring with limited range, and in general, had a very poor understanding of the underlying technologies in and around electric-powered cars and mobility.

“I though Formula E was a great way to shift that perception, give people more information and a greater understanding of how powerful electrification of mobility can be, to how we choose to move and how it can impact our planet.”

ERN: How did the idea of Extreme E take shape and what make you decide to get on board with such a singular project?

dF: “I’ve always been interested in every aspect of motorsport. Not just the driving and technical side, which is probably most obvious to people, but the business and entertainment factors.

“I have seen the success of adventure and environment-focused content, as well as the difficulty traditional motorsport has encountered in attaining significant growth in many parts of the world and to new audiences. To me, there was a hunger for something innovative and different in the motorsports space.

“All of these ideas were sloshing in my head when I had the ‘eureka’ moment of holding motorsport events in incredible and extreme places. These locations provide a beautiful and spectacular backdrop to tell a compelling story of adventure, technology, competition and the environmental challenges each one of these locations faces. Of course, we have to put on a good show on the racing front and leave behind a positive impact and legacy.

“Alejandro and I are friends and I am a great admirer of his work with Formula E – what he has done there is nothing short of spectacular, turning a great idea into the success Formula E is today.

“We were having breakfast one day at his home, talking about racing in general and I started talking about some of the thoughts and ideas I was having, thankfully he loved it! I guess you can say that was the birth of Extreme E, and the first leap from just an idea to something real that we see today.”

ERN: How do you balance your role as McLaren Sporting Director and Extreme E Founder?

dF: “In reality, I don’t have a day to day role in Extreme E. Nevertheless, as a founder I want to see the project succeed and I try my best to support Alejandro and his team to develop the business of Extreme E. Somehow, we tend to speak quite often!”

ERN: How did it feel to pull the covers off the ODYSSEY 21 and later drive the all-electric challenger on its very first public outing at Goodwood Festival of Speed last weekend? 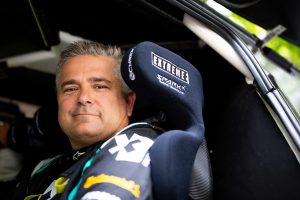 dF: “It was an amazing, emotional feeling – another big step on this journey. I feel incredibly proud of what has been achieved by everyone involved with Extreme E in such a small amount of time – it’s really so special. Everything felt ‘real’ once we’d pulled the covers off the car. As Alejandro also said, once people can touch and see something physical, they then believe. Once fully developed, I am sure these vehicles will be an absolute electric beast!”

ERN: From a driver perspective, what impressed you the most about the prototype delivered by Spark Racing Technology?

dF: “Spark did an incredible job to turn the concept into reality, the quality of engineering produced by Spark is evident. I have never driven anything like it and it was a privilege to be the first. There are a number of innovations under the skin and it really was a unique experience. The hill climb at Goodwood is probably the smoothest terrain it will ever drive across!”

ERN: From the launch back in February until now, which would you highlight as the main challenge the project has faced?

dF: “The main challenge, I guess, was turning something from an idea into a reality. With every new venture, there is a huge amount of hard work and risk as there are a lot of unknowns. Your to-do list is normally bigger than you can fathom.

“It is normal to have a huge gap between an idea and something that is real and functioning. One of the things I give Alejandro and his team a huge credit for is their ability to bring something to fruition that never existed before, which is what they did with Formula E and what they are now doing with Extreme E.

“From our launch earlier this year, we’ve unveiled the car at Goodwood and have several partners and teams on-board. Thankfully, Extreme E seems to have generated passion and a great deal of interest from the public, the media, teams, drivers, manufacturers and the motorsport community in general; it has been amazing to see all this first-hand.”

ERN: As a Brazilian, what’s your opinion on the deforestation of the world greatest rainforest, the Amazon?

dF: “The Amazon ecosystem and tropical forests, in general, are a huge part of Brazilian identity, both nationally and internationally. If we, through Extreme E, can show their beauty, importance, and make a small contribution to the awareness of how important it is to help preserve these ecosystems for the good of our planet and the generations to come, I would be very pleased.

“Furthermore, if we can also leave a positive legacy, either directly to these fragile ecosystems and local communities, and or somehow support initiatives that are solely focused on preservation, it would be even better!”

ERN: Could Extreme E be a challenge “tailor-made” for Fernando Alonso?

dF: “Well, it has been a pleasant surprise to witness how much interest Extreme E has generated with some well know drivers. Since, Extreme E also exists to raise awareness, having famous drivers would obviously be positive. Hence, having someone of Fernando’s caliber involved would be incredible from many perspectives.

“For a driver I think Extreme E will be a very different experience, as the whole thing, is not just a race, it is a fun and exciting adventure, starting from leaving port, to the checkered flag and back home!” 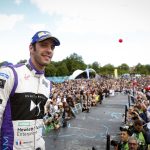 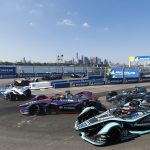