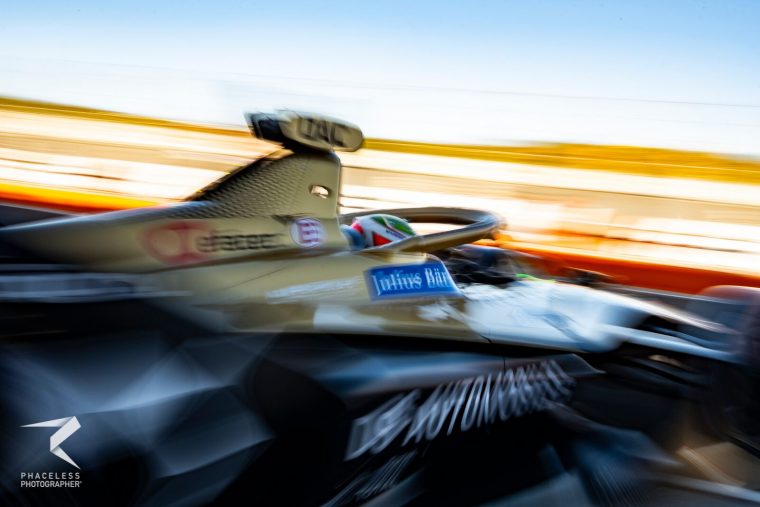 Antonio Felix da Costa ended the afternoon session with the fastest time ahead of James Calado and Edoardo Mortara, but it was Robin Frijns who ends the day on top with a 1:15.377s.

During the second and last session of the day, the cars hit the track for a race simulation (45 minutes plus 1 lap) where the new rules were put to the test.

There were some overtaking but overall the drivers did not take any unnecessary risks, especially when at the always tricky chicane. A total of 3kWh was subtracted after the Safety Car left the track, the new rules establish that for each minute spent under Full Course Yellow or Safety Car, 1kWh is taken from the total available energy.

A boosted Attack Mode (from 225kWh to 235kWh) was activated by all drivers taking part in the simulation and at different sectors of the circuit.

The session resumed for the rest of the afternoon, with half an hour elapsing before the first cars came back to the track for the regular testing schedule.

Both GEOX Dragon cars extended the good performance showed in the morning, remaining among the top ten fastest of the day.

The only red flag of the afternoon session was showed after Sam Bird crashed into the chicane, damaging the front wing of the car.

With five minutes remaining, the cars came back to the track but none could beat the fastest time set in the morning by the Envision Virgin Racing of Frijns.

The car will be back for the fifth and last testing session on Friday morning at the Circuit Ricardo Tormo in Valencia. 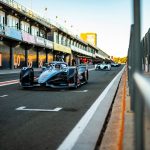 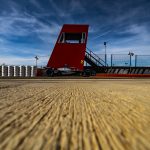