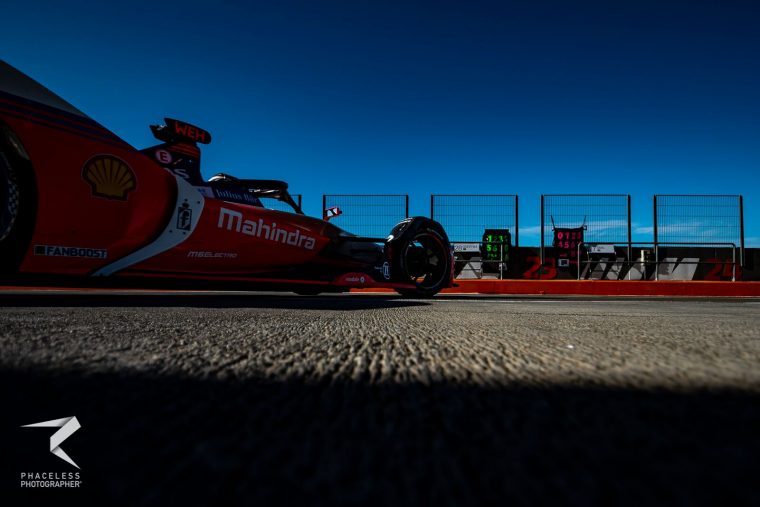 Pascal Wehrlein put his Mahindra M6Electro top of the pile in the final morning test session, which was cut short by a crash for the BMW i Andretti of Alexander Sims while practice qualifying runs were underway.

The session, for the most part, was a relatively uneventful one, with teams and drivers focusing on getting as much mileage as possible under the belts within the last hours of testing before the all-electric series head to Saudi Arabia for the opening round of the season.

The lap times were over a second away from the previous bests in the early part of the morning, but once the track temperature came up the times tumbled and soon we were treated to a new lap record as the Nissan e.dams of Sebastien Buemi put in a 1:15.328s.

This was soon broken, however, as the DS Techeetah of Antonio Felix da Costa trumped Buemi’s time by a mere 0.035s.

As drivers started to turn it up to full and practice some qualifying runs, the times came down even further with multiple drivers mixing it in the top five.

Wehrlein put in a 1:15.190s to set a new lap record, 0.008s ahead of the GEOX Dragon of Nico Müller. The gap measured between da Costa in third, Maximilian Günther in fourth and Buemi in fifth was a slender 0.035s.

Before his trip to the barrier, Sims had lapped fast enough for sixth place, a further 0.031s behind Buemi and only 0.007s ahead of Mitch Evans’s Panasonic Jaguar Racing.

The next on-track action will be a second simulation race starting at 2pm local time, followed by more testing until 5pm. 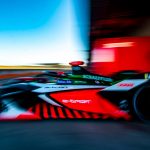 - << « Abt hopeful of better racing with new safety car rule