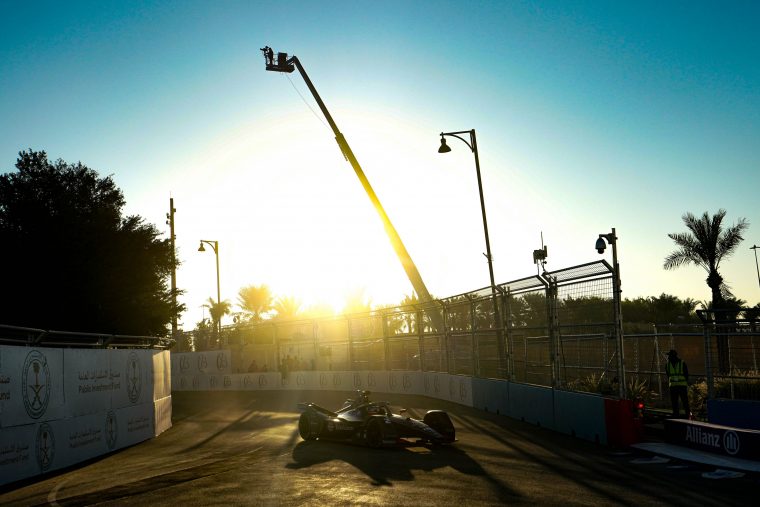 The session began with a standard-procedure Full Course Yellow deployment, which took place without issue and left 26 minutes of running once complete.

The slippery conditions of the track so infuriating to the drivers and teams alike continued into this session, while early complaints of traffic building in the final sector were voiced.

Brendon Hartley and Ma Qing Ha’s cars, both damaged in FP1, were still in the garage at the start of the session while their Porsche and NIO teams set about fixing their machines in order to get them back out for action.

10 minutes in and Mercedes’ Stoffel Vandoorne led the way on a 1.17.897, followed by Nissan’s Oliver Rowland and his teammate and series debutant Nyck de Vries while James Calado propped up the timesheets for Jaguar.

Hartley’s trip through the Turn 18 run-off once released out into the action was the first real incident of the session, albeit a very minor one and one which resulted in no damage.

Halfway into the session reigning Teams’ Champions DS Techeetah exerted their trademark force on the session, with Jean-Eric Vergne leading Antonio Felix da Costa on a 1.16.975 at a Diriyah circuit they were so quick at in Season Five.

Another five minutes down the line and Virgin Raving laid down their marker, with Robin Frijns breaking into the 1.15s while Calado came across slow-moving traffic in Daniel Abt while on a flying lap set for the top spot and hit the wall.

Pascal Wehrlein’s myriad of issues in FP1 were absent here, with Mahindra ironing out the bugs faced by the German and Wehrlein wasted no time in maximising the car’s ability to string the laps together now he was able to.

Calado limped back to the pits with a blown rear-left tyre, down to the rim, with 8 minutes of the session to go, while the final times of the session began to trickle in with a series of drivers and teams eager to claim the advantage heading into qualifying.

Rowland gave us the first full 250kw power lap with 5 minutes to go, setting a 1.15.430 while Andre Lotterer’s attempt at a flyer saw him go wide in the final sector and slot in 3rd in real time. Teammate Jani emulated the same scenario, and Mitch Evans had his final lap ruined with traffic caused by de Vries’ lunge on his own road-blocks ahead.

The session ended with Eduardo Mortara topping the timesheets on a 1.15.302 initially while Vergne not only tangled with Alexander Sims on his final lap but also skimmed the walls. Bird however claimed final honours with a mega 1.14.353 lap, followed by da Costa and Mortara. Another eventful session, another strong start for Bird and Virgin to a new season. 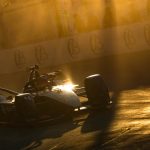