New kids on the block: A look at season six’s rookies

With the sixth season of Formula E now looming large on the horizon, let’s take a look at the new rookies in the field this season. Some may argue that they are far away from being deemed a “rookie”, as they have all achieved great things in their respective motorsport careers. But it’s also no secret that Formula E is a whole new kettle of fish, and requires a particular skill set in order to be successful.

So, here’s a look at the four rather high-profile drivers that will be making their Formula E debuts in Riyadh this coming weekend. 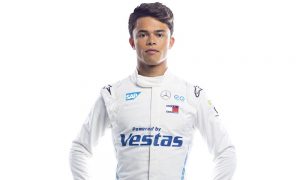 In terms of most recent championship titles, Dutch superstar Nyck de Vries is arguably the most high-profile of the rookies setting out on their maiden voyage in Formula E this weekend. The 24-year old former McLaren young driver just sealed the Formula 2 championship last month and had his intentions on joining the Formula 1 fraternity, but sadly missed out. However, when Mercedes made their plans of unleashing their brand on the electric world, de Vries became an instant candidate to partner the very highly regarded Stoffel Vandoorne.

Nyck de Vries has had a very busy 2019 already, with a fully intensive Formula 2 campaign backed up by some drives for Racing Team Nederland in the LMP2 category of the World Endurance Championship, with success in both ventures. Pre-season testing at Valencia last month proved to be very much a learning experience for de Vries, but the natural pace is certainly there, and the talents of himself and Vandoorne should propel Mercedes forward at a rate that yields points, podiums and hopefully victories as season six progresses. It appears that Nyck de Vries has found his home in Formula E, and the world must keep an eye on him as he prepares himself for electric glory.

At this point, the majority of the motorsport community around the world knows who Brendon Hartley is. The Toro Rosso exile has been through the wringer in past seasons and has competed in many different race categories to arrive at this point, but it appears that Brendon Hartley has found his home at GEOX Dragon Racing. The 30-year old will make his Formula E debut alongside fellow debutant Nico Mueller in what is the only all new line-up for a new season. On paper, Hartley has one of the most impressive resumes, with 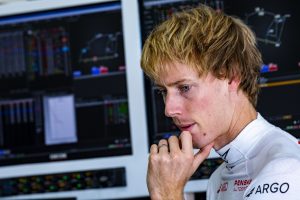 the Kiwi being a two-time World Endurance Champion for Porsche, including a 24 Hours of Le Mans victory in 2017, and even a Macau Grand Prix podium over a decade ago before getting a call up in Formula 1 In 2017 and even scoring some points, although never getting the true chance to show his full talents in a midfield car.

Hartley is now contracted to three of the biggest names and brands in world motorsport in Ferrari, Toyota and Penske. If this doesn’t prove his credentials, then it’ll be hard to convince you otherwise. His simulator duties for the prancing horse has been coupled with a fresh WEC assault with the Toyota squad, as they look to retain their crown during a tense battle with a rejuvenated Rebellion Racing squad. And now being contracted to make his debut in Formula E for GEOX Dragon Racing which is run by the Penske organisation, there’s no doubting Hartley’s talent, and we can’t wait to see what he achieves in season six.

Sitting alongside Hartley for his debut Formula E season is DTM superstar Nico Mueller. The Swiss driver came of age in 2019, scoring three victories in arguably the fiercest and most prestigious touring car championship in the world as he finished an impressive runner-up in the championship standings to now two-time champion Rene Rast.

Unbeknownst to most, he also finished third in the GP3 standings in 2010 behind eventual F1 racer Esteban Gutierrez and IndyCar sensation, hard charger and current inspiration Robert Wickens. It must also be made clear that we had such drivers as Formula E’s very own Jean-Eric Vergne and Antonio Felix da Costa as well as IndyCar sensations Josef Newgarden and Alexander Rossi competing in the same championship, so it’s fair to say that Nico Mueller is no slouch at all, and Brendon Hartley will do very well indeed to match and even beat the Swiss star.

With Jaguar’s announcement that they would be dropping Alex Lynn after season five, it soon became apparent that James Calado would be partnering Mitch Evans in this new era for the team. The AF Corse Ferrari superstar had been widely tipped for some time before finally being confirmed at the team’s launch a couple of months ago now. The former 24 hours of Le Mans victor and WEC champion has been a GT racing guy for some years now, but he has quite the pedigree in single seaters also, claiming a second place championship finish in the GP3 series in 2011, followed by a third place finish in GP2 (now Formula 2) in 2013, as well as handling te 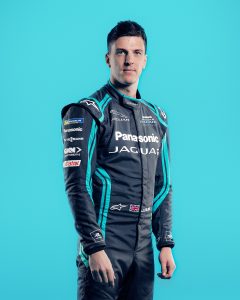 st and reserve driver roles with Force India in Formula 1.

As for what he can achieve in his debut Formula E season partnering one of season five’s star performers in Mitch Evans, Calado remains optimistic and believes he can draw from his single seater experiences to push the team forward to a more consistent winning platform in season six. Calado could definitely be one to look out for in Riyadh this coming weekend. 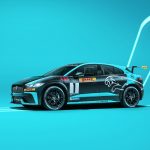 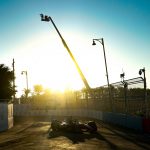